Today, news station WJLA ran a story about an undocumented immigrant who had to be pried off a woman he was in the middle of raping. The screenshots below clearly show the news story in Google search results.

Here is the original link to the story:

After sharing the story, I shared an article by retired Federal communicator Len Sipes about violent crime, noting that it is most likely to be perpetrated by an individual known to the victim. I wrote:

"Greatest danger is still at home from someone known to the victim, eg domestic violence. (One type of danger does not negate the other.)"

Here is a screenshot posted by Sipes. The data is from the U.S. Department of Justice.

I then shared some crime prevention tips from Len that are based on the data.

People were however outraged at the story about the rape, and by midmorning it had been removed from the WJLA website.

It is also not visible on the ICE.gov website as far as I can tell.

His Tweets are still up, for now.

NEW: An undocumented immigrant, twice deported from the U.S., was found raping a semiconscious woman below a stairwell in Downtown Wheaton last Thursday, MoCo police allege.

The first officer on scene had to pry 35yo Jose Lopez-Gonzalez off the victim. The victim's BAC was .352. 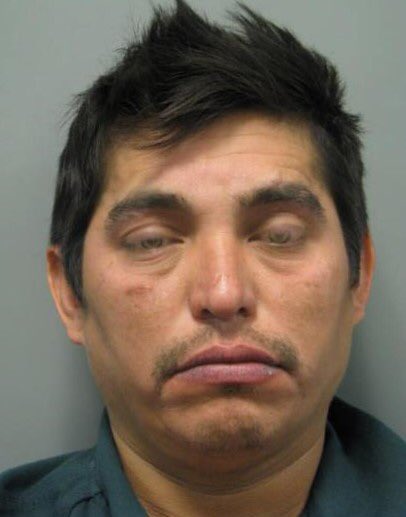 1,147 people are talking about this

According to ICE, the accused rapist is a Salvadoran native and believed to be associated with MS-13.

Records show Lopez-Gonzalez was previously deported in November 2007, and then again in February 2010."

Lewis was quoting from a statement:

Again replying to his own Tweet (threading), Lewis wrote:

"MORE: The alleged rape happened at 11210 Grandview Avenue, in the shadows of the new 14-story, $152 million office tower that will soon house more than 900 Montgomery County employees.

Officials hope the building will, in part, liven up the Wheaton Central Business District."

Again replying to himself, Lewis wrote:

"STORY: Lopez-Gonzalez reportedly stated he knew the victim was very drunk and figured she would not remember what transpired.

"[The victim] was so intoxicated after leaving the bar that she fell down three times and he had to help her up." – court docs"

Why is this story now censored?

As for example in another case, reported on August 20 by WJLA. That story is still up.

"Shortly before midnight on Aug. 16, the victim was walking through the apartment parking lot carrying items from her car when she noticed Mendoza following her. As the woman tried to unlock the door to the apartment building — located along the 8500 block of 16th Street — Mendoza allegedly grabbed her from behind and threw her to the ground.

What is it going to take before we start focusing on facts, and not on feelings?

By Dr. Dannielle Blumenthal. All opinions are the author's own. Public domain.