Let’s take a look at @PaulKrugman and his claims regarding his computer.

He has since deleted the original tweet, which read.

If the computer tech found it on the machine, the computer tech would not know whether Krugman downloaded it or not. And would not know how a hacker put it there, exactly. But certainly wouldn’t talk of a “compromised IP address,” which is nonsense from a cybersecurity standpoint
Now I will say that I regularly get kicked off the Internet when tweeting controversial things, even though the VPN still shows green, so maybe I don’t know what is possible.
But there is no such thing as a “compromised IP.” And IP is only identity, not a download mechanism.
Ok, so Krugman’s first instinct on having CP enter his orbit (even if this was an incorrect impression) was...to Tweet it. That seems like an exceedingly guilty conscience at work.
The next thing he does, instead of calling law enforcement (he must know to contact the FBI, right? Right?) is to call...his editor. “The Times is now on the case.”

That tweet is still up. Here is the link.

The second tweet comes at 4:03. So that’s about 1.5 hours. It takes him 1.5 hours to tell us that...his editors are handling it?
Wouldn’t the “computer security company” that alerted him, also be handling the quarantine and reporting? Keeping evidence for the FBI?

Four hours later, 8:18 pm, after what must have been an evening from hell, and after we have all seen and chewed over the original Tweet, Krugman deletes it.

Unroll available on Thread Reader
Unroll available on Thread Reader
So despite hiring a computer security company, he says, Krugman is now trusting the judgment of his editor, who apparently has the expertise to declare “it may have been a scam.”
That’s just laughable.
And Krugman still seems to show no emotion about the victims of CP or anything like that.
To go back to the beginning of the first tweet, there is a noticeably self-pitying statement about being a target, either randomly or of the reputed QAnon conspiracy team.
“It’s an ugly world out there,” he intones.

The whole thing reminded me of others who were careless and the public scrutiny caught them by surprise.
Stopping now to read what you’re all saying
Ok I see an error. It’s about 2.5 hours between the first and second tweet. Not 1.5.
This response gets to the question of a hacker planting evidence on someone’s computer, which (apart from Krugman) is something we should more fully explore.

Replying to @DrDannielle @twelvenot12
I AM a cyber security expert. And this explanation is complete BS... Nobody can "use your IP address" unless they are on your local network/computer.. and qanon'd isn't a term.. he made that crap up...

Most likely he got caught with CP and is making excuses.

Replying to @AskTheQ2020 and 2 others
Exactly. The term he used is made up bullshit. Not an actual term. "Qanon'd" And him saying "using my IP address" again isn't how a real security expert would have said it. It's bullshit he made up. Probably to cover his own ass for what HE HIMSELF did.

Oh, joy. I got a notification that someone tried to sign me up for a site that offers "live sex cams". I'm sure whoever is engaging in this harassment are very fine people. If one of these attempts succeeds, advance notice: it wasn't me.

805 people are talking about this
It’s a matter of about 2 hours before the Tweets go private.
Also part of the pattern: to claim that it’s targeting or “harassment.”
1. Feigns ignorance of technical things
2. It’s cybersex related
3. Someone targeted/harassed him
4. It wasn’t him
5. He’s giving you advance warning
Same thing. 10/10/18.

Interesting: I have a Facebook account, but should kill it -- I don't use it at all. But I just got a notification that someone was trying to change my password. If something odd (or, actually, anything) pops up there -- it wasn't me.

423 people are talking about this

Thank you to the people finding this information and sharing it.
Thank you

We clearly see now that he has a "hacking" problem

We clearly see now that he has a "hacking" problem 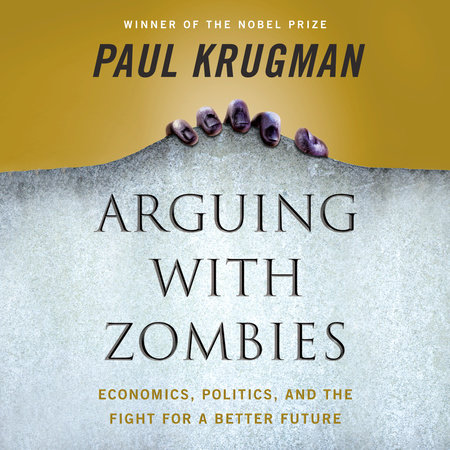 Replying to @MichaelCoudrey
Pearson* Publishing also appeared to secure a $500,000,000 deal for “State Testing” by the state of Texas.

612 people are talking about this

Wow, would you look at that.

The CEO of Pearson Publishing, who Obama gave a $350 million deal to write the “common core” text, is resigning.

Further more, their subsidiary, who then gave Obama a $65 million book deal when he left office, is being sold off from the company. 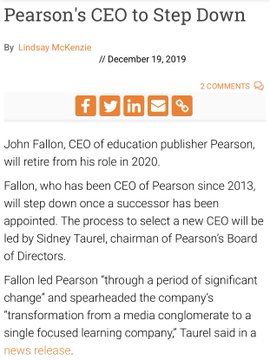 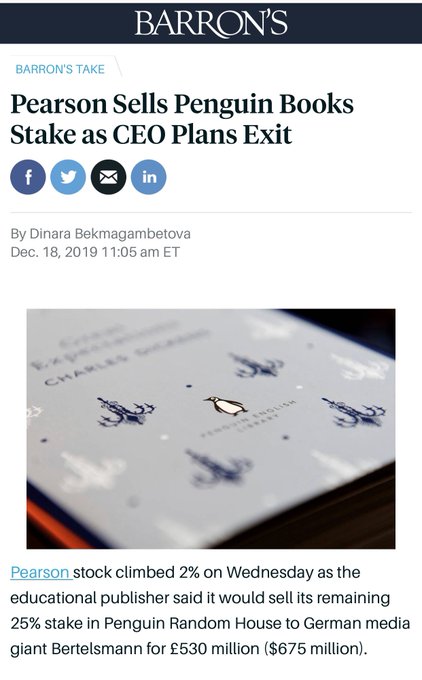 4,138 people are talking about this 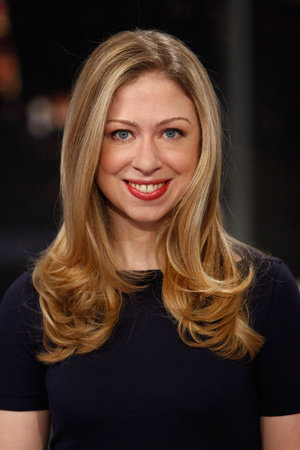 I do remember the whole Kurt Eichenwald thing.

This mocked-up offensive tweet shows that it is the communication that matters as much as the content of what did or didn’t occur.
tigerdroppings.com/rant/politics/…

“This is a bizarre one” declares the Economic Policy Journal, which to me sounds like a polite way to express doubt in Krugman’s credibility. 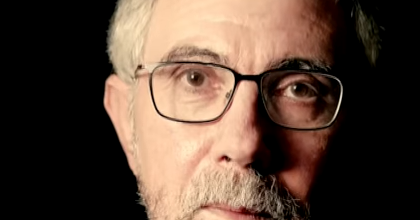 “it sounds as if Krugman has an insecure wireless router and one of his neighbors or some random person nearby has been able to connect their computer to his router and is using his internet connection.”
“Alternatively his router could have been compromised from over the internet but that's generally more difficult. Usually the goal there is to see what's behind the router's firewall on the local network.”
“I suppose some could, if the router is vulnerable from the manufacturer and they changed the firmware, use it to hide behind remotely.”
Also don’t name your router [Your Name]
*home network
“Of course he'll think it's targeting him but in reality the most likely explanation is someone went looking for vulnerable router and happened to find Krugman's.”
I think we have established a pattern with Krugman, where initially one was not evident.
We also have established it’s possible but far fetched that evidence is planted.
Now I want to look at his Trump hate.
Krugman likes to make up words it seems (“Trumpies”)

Replying to @paulkrugman
But the Trumpies will try the usual playbook all the same https://www.washingtonpost.com/politics/2020/01/03/pences-problematic-tweet-tying-qasem-soleimani/ …

The vice president's intent is pretty clear, but he leaves out lots of context.
washingtonpost.com

170 people are talking about this

Liberal magazine The Atlantic published a harsh critique of economist and New York Times columnist Paul Krugman ahead of the release of his new book, diagnosing him with "Trump Derangement Syndrome."
foxnews.com

637 people are talking about this 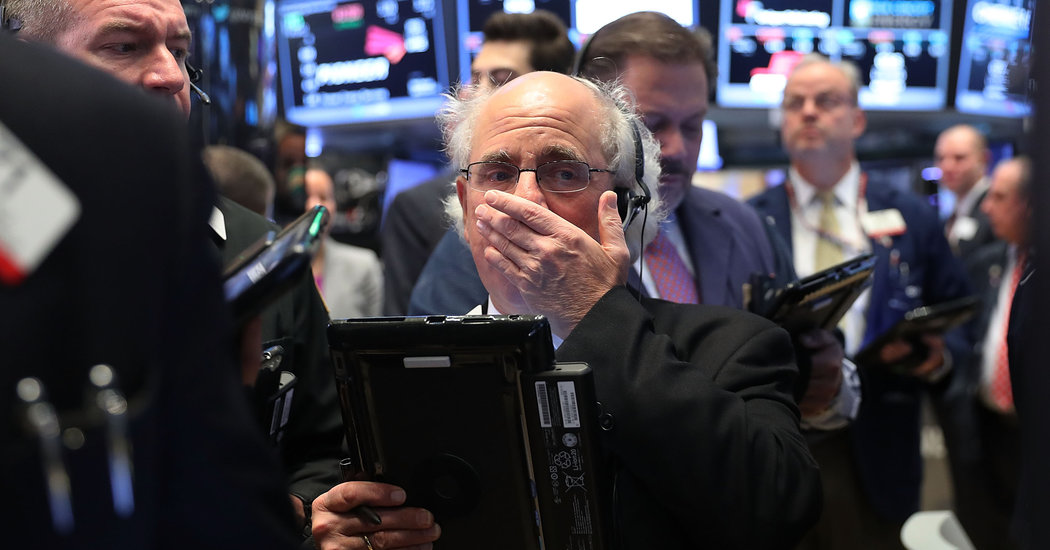 Economist Paul Krugman is declaring President Donald Trump a loser when it comes to his pricey trade war with China. 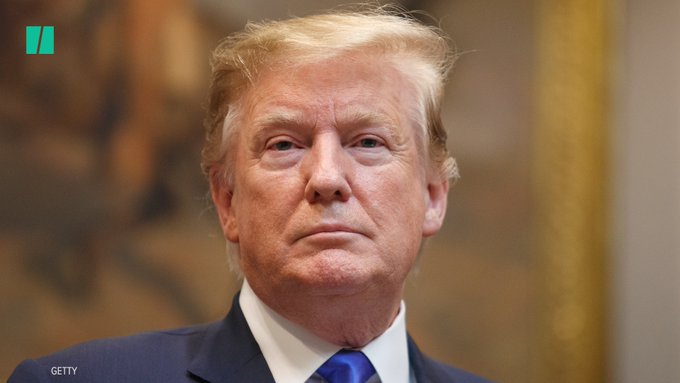 134 people are talking about this
Oy
en.wikipedia.org/wiki/Paul_Krug…

For God, Country, Yale and the CIAhttps://yaledailynews.com/blog/2004/09/24/for-god-country-yale-and-the-cia/
“While at MIT, he was part of a small group of MIT students sent to work for the Central Bank of Portugal for three months in the summer of 1976, during the chaotic aftermath of the Carnation Revolution.” en.wikipedia.org/wiki/Paul_Krug…
Carnation Revolution: “1974 military coup in Lisbon which overthrew the authoritarian Estado Novo regime”
en.wikipedia.org/wiki/Carnation…

2/22/2009 “THE NEW YORK TIMES COLUMNIST AND PRINCETON PROFESSOR IS IN HIS POLICY-INFLUENCING PRIME, AND HAS BECOME ONE OF THE HIGHEST-PROFILE ADVOCATES OF BANK NATIONALIZATION.”

Paul Krugman: The econoclast has become one of the highest-profile advocates of bank nationalization.Craines NY February 22, 2009 3:26 PM By: Aaron Elstein Paul Krugman: The econoclast The New York Times columnist and Princeton pr...https://counterspinyc.blogspot.com/2009/02/paul-krugman-econoclast-has-become-one.html
“‘We're all socialists now,’ Mr. Krugman says. ‘No one is talking about the markets solving this problem on their own anymore. We're going to rescue the banks. The question is how.’”
Oh my God.
The whole thing is a scam.
It’s a 2020 campaign stunt by Krugman - an excuse to demonize Trump followers as deranged.
Hear me out.

What Krugman was after was to smear QAnon. A powerful social force that will help get @POTUS re-elected, with God’s help.
Krugman had to figure out a way to smear Q, without getting into any trouble.
How do I know he would do this?
“According to Krugman, his interest in economics began with Isaac Asimov's Foundation novels, in which the social scientists of the future use a new science of "psychohistory" to try to save civilization.”
en.wikipedia.org/wiki/Paul_Krug…
Interview, U.S. Economist Krugman Wins Nobel Prize in Economics "PBS, Jim Lehrer News Hour" Archived 1/22/14, at Wayback Machine, 10/13/08, transcript Retrieved 10/14/08
The New York Times, August 6, 2009, "Up Front: Paul Krugman" Archived 1/27/17, at the Wayback Machine
“Since present-day science fell far short of "psychohistory", Krugman turned to economics as the next best thing.”
Krugman wanted to save the world.
He wanted to predict what people would do, so he could change it.
“Psychohistory is a fictional science in Isaac Asimov's Foundation universe which combines history, sociology, and mathematical statistics to make general predictions about the future behavior of very large groups of people.” en.wikipedia.org/wiki/Psychohis…
Krugman blamed Hillary when @POTUS won: “Faced with subversion of American democracy by foreign [government] and rogue FBI, 'Hillary should have run a better campaign' not a good response,’ Krugman said.” 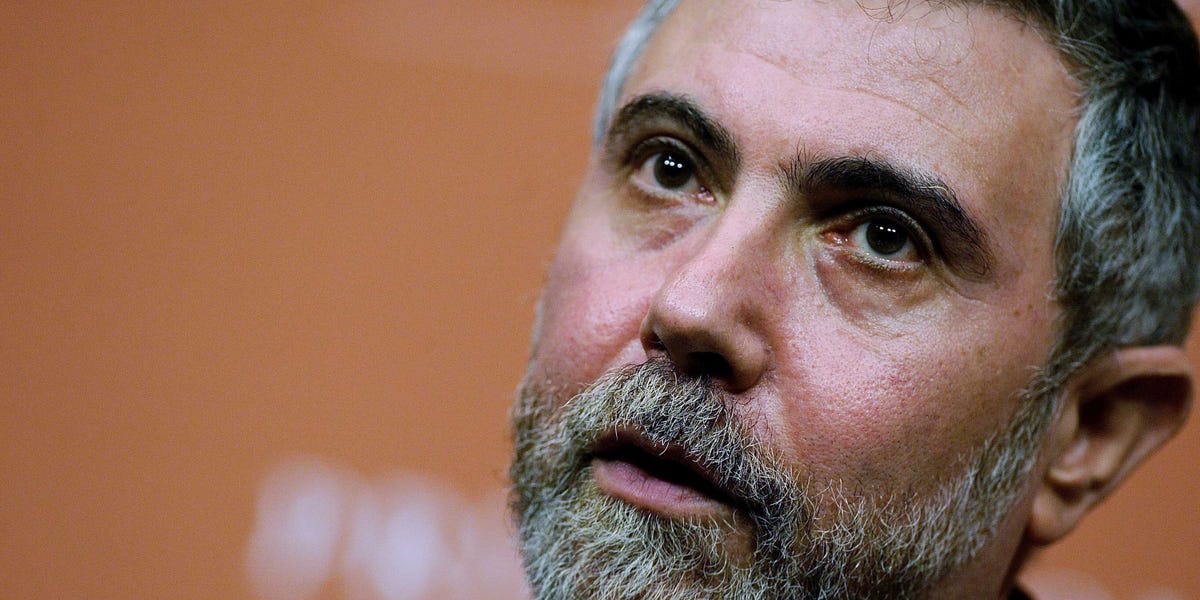 KRUGMAN: There was a 'subversion of American democracy by a foreign government'Nobel Memorial Prize-winning economist Paul Krugman called the hacking a "subversion of American democracy by a foreign government."https://www.businessinsider.com/krugman-trump-cia-russia-hack-2016-12
Krugman has been writing angrily about @POTUS and he wants the President to lose next time. So he is trying to help 2020 from the sidelines.
This whole concocted, ridiculous story was all about attacking Q - helping to get it taken out of commission - by publishing false stories. Like the one about the CPS mom trying to get her young son back.
Krugman, you failed, man.
On every level - you failed.
(End.)
mentions
mentions compile
PS - and that is why Krugman was so “dumb” (not dumb) as to announce a CP mishap on Twitter.
Yale, training?

Replying to @DrDannielle
4. This may just be part of the campaign to delegitimize Qanon. Designed to get viral attention by people who just assume Krugman is guilty. Then when he’s found to be clean, the story dies but the subliminal message remains: Qanon is some sick hacker who lies about good people.

This is the story about the mom

Updates on the Cyndie Abcug Fraudulent Arrest in Montana & More: Hard to Believe We’re Ending This Way [videos] ~ December 31, 2019Editor’s Note: Pedophilia IS at the heart of evil on this world my friends. Try and think of any are of discontent in the world, and I promise you…pedophilia will be involved whether th…https://roserambles.org/2019/12/31/64625/
Here’s another one. “It’s not me.”

QAnon Conspiracy: 5 Fast Facts You Need to KnowQAnon conspiracy theorists are emerging from behind computer screens into the real world, showing up at President Trump's rallies.https://heavy.com/news/2018/08/qanon-conspiracy-trump/

Missing some Tweet in this thread? You can try to force a refresh.