"For the sake of saving lives right now, ultra-Orthodox Jewish people may want to consider 'blending in." Reactions from FB. (1/3/2020) 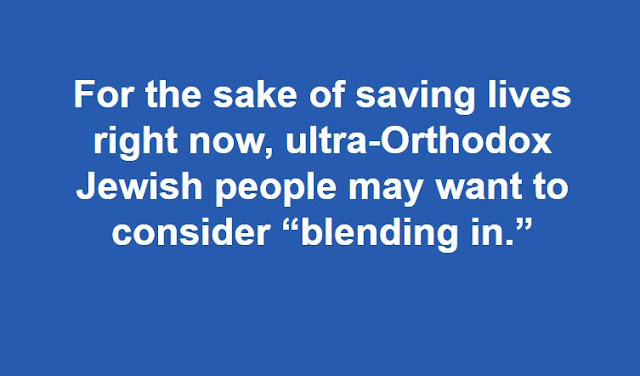 Even allowing for the fact that I responded to as many comments as I could, I believe it generated the highest level of engagement for anything I've ever posted there.

What follows are some selected comments (no names), as is.