Fake news because the Washington Post is partisan and left leaning. So let’s understand the narrative.washingtonpost.com/national-secur…

Has The Washington Post ever printed a headline like “Trump Was Right” or “Another Win For The Trump Administration?”
The dirty tricks include:1. partial information2. information out of context3. information based on partisan sources who lean one way but not the other4. substitution of opinion for fact
Exhibit A: “It found nothing of consequence.”
Exhibit B: “inquiry launched more than two years ago to mollify conservatives clamoring for more investigations of Hillary Clinton”
To the first point, the paper isn’t in a position to know what DOJ found.
Citing “current and former law enforcement officials said they never expected the effort to produce much of anything” would be laughable if it weren’t so pathetic and dangerous.
“To mollify conservatives” — uh no, actually that was how Obama sicced the IRS on conservatives.
The paper is trying to get ahead of bad news, by pointing to the distraction tactic, which is an investigation that draws all the heat while the real work goes on under the radar.
Find one person anywhere, conservative or liberal, who thinks Hillary is innocent of using her Foundation as a personal piggy bank.
Did the paper interview Tom Fitton at @JudicialWatch?
I am reading.
Ok the first thing to know is that the Department of Justice has multiple, sprawling investigations going on. There is no reason to think anything has “wrapped up” with “nothing to see.” 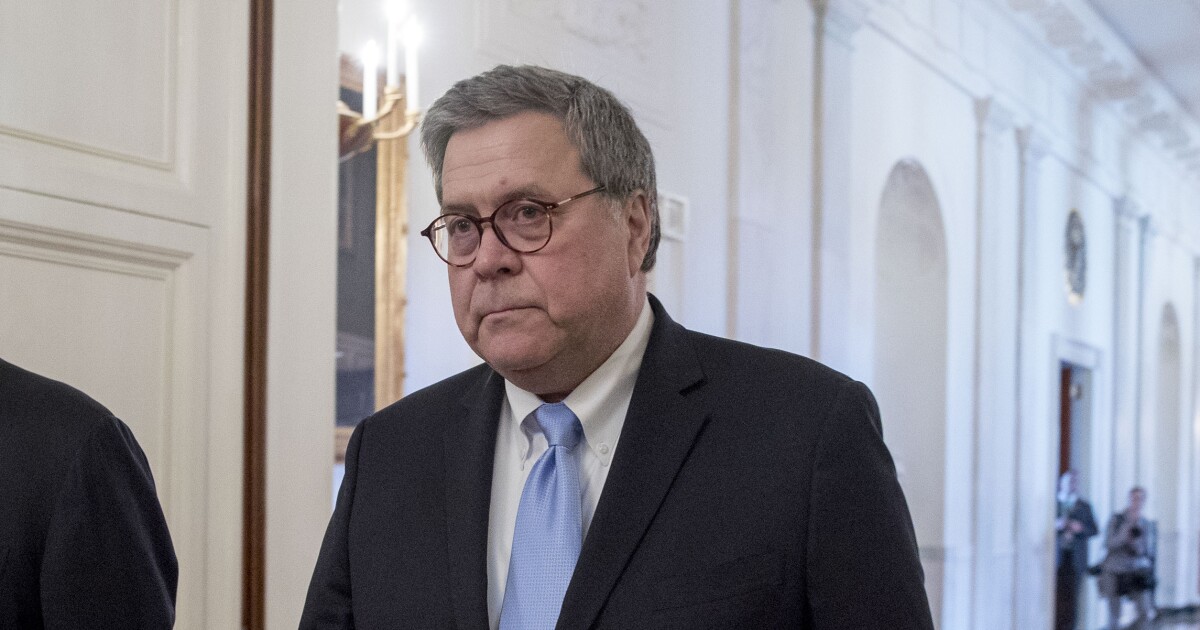 William Barr dishes on what Huber, Horowitz, and Durham are investigatingAttorney General William Barr gave his clearest explanation yet of the various “investigations of the investigators” being carried out by the Justice Department.https://www.washingtonexaminer.com/news/william-barr-dishes-on-what-huber-horowitz-and-durham-are-investigating
5/31/19: “Following pressure from congressional Republicans, then-AG Jeff Sessions announced in March 2018 that Huber, a U.S. attorney from Utah, had been picked to review any misconduct by the DOJ and FBI. Some Republicans had been calling for a second special counsel.”
Nobody knows what Huber was doing. Already 6 months ago, per the Washington Examiner, “Barr revealed Horowitz and Durham have taken over most of his [Huber’s] responsibilities.”(Horowitz - IG)
Barr: “Huber had originally been asked to take a look at the FISA applications and the electronic surveillance”
Barr: Huber “stood back and put that on hold while the Office of Inspector General was conducting its review.”
Barr: Huber “was essentially on standby” just in case the IG “referred a matter to him to be handled criminally.”
Barr: “he has not been active on this front in recent months.”
Now read Q (12/22/2019): Bill Barr (“stealth bomber”), John Durham and John Huber are working as a single DOJ team.They aren’t planning to talk till after the Senate impeachment showdown.

“Barr said Durham would now be taking over Huber’s role in handling any criminal referrals from Horowitz.”This means “Huber’s involvement with Trump-Russia matters was done.”That’s separate from the general Clinton Foundation corruption claims.
You didn’t get all this from the Washington Post.
“Sessions had also asked Huber in 2017 to look into...Uranium One...as well as broader claims of corruption at the Clinton Foundation.”
“Barr seemed to suggest that what evidence Huber found, if any, may soon be revealed.”
About 6 months prior to Barr’s statement, in November 2018, “FBI Raids Home of Clinton Foundation Whistleblower”

Foreboding – FBI Raids Home of Clinton Foundation Whistleblower…The Daily Caller has an exclusive report tonight that is very troubling, and, unfortunately in alignment with a previous suspicion CTH shared when it was first announced that John Huber was schedul…https://theconservativetreehouse.com/2018/11/30/foreboding-fbi-raids-home-of-clinton-foundation-whistleblower/
The whistleblower was @cain_nate.
“The whistleblower, Dennis Nathan Cain, had turned the documents over to the Department of Justice’s inspector general and both the House and Senate Intelligence committees, according to the lawyer.”

EXCLUSIVE: FBI Raids Home Of Whistleblower On Clinton Foundation, Lawyer SaysThe FBI raided the home of a DOJ whistleblower who gave documents about the Clinton Foundation and Uranium One to the inspector general, his attorney said.https://dailycaller.com/2018/11/29/fbi-whistleblower-clinton-uranium/
“The FBI rummaged through Cain’s home for six hours, even after the whistleblower handed over the documents, according to Socarras.”
Now read what Q said about @cain_nate.
2581Nate Cain, Whistleblower, Exposed for Safety; FBI "Intrusion" Lawsuit Will Reveal CF EvidenceQ!!mG7VJxZNCI11 Dec 2018 - 12:04:43 PM
“>>4250950 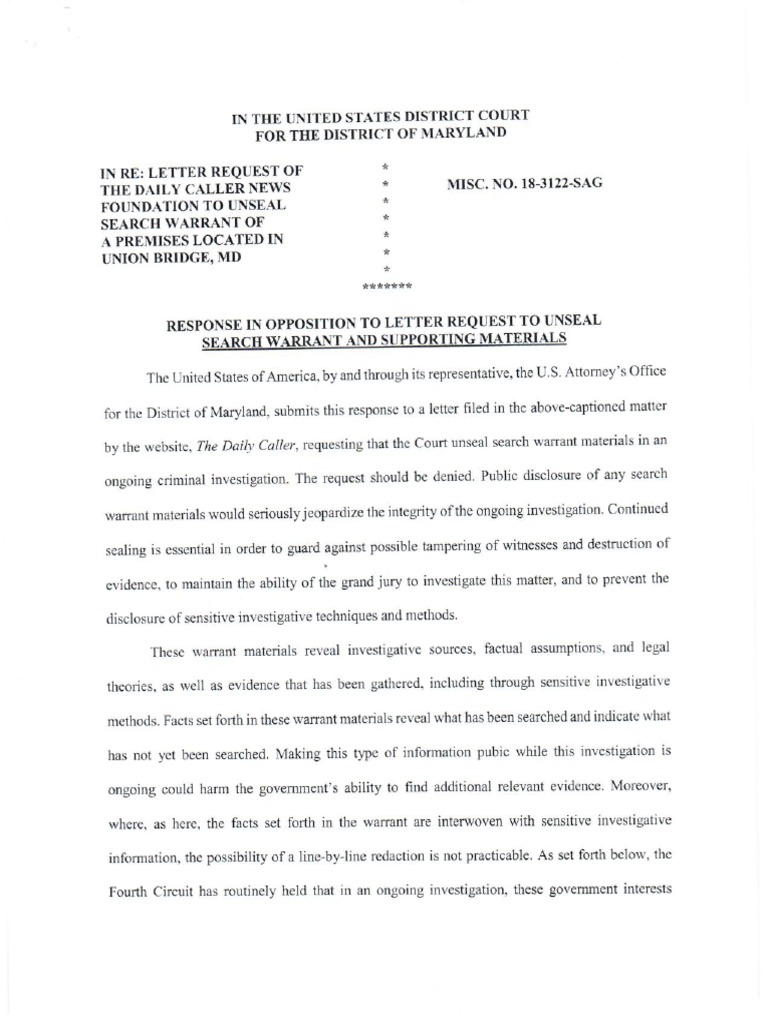 Q drop 2578, 12/10/2018:“Sometimes 'intrusions' have a way of safeguarding people & evidence.”“Sometimes 'intrusions' are a necessary event in order to safeguard chain of custody [post OIG WB status + doc handover protocols].”(WB - whistleblower)
Q to @cain_nate“Active criminal investigations of this magnitude must be handled w/ extreme care.The moment your name went 'live' there was no other choice.Keep the faith, Patriot.You are never alone.”Q
That has the ring of truth.
Again, 3/11/2019, slightly more than two months before Barr’s interview explaining what’s the various prosecutors are doing, Q spoke to @cain_nate again, knowing he was in danger and offering a lifeline.
To us, Anon summarized: “Nate Cain, Federal Whistleblower, Needs Our Prayers”
To Cain:3033Q!!mG7VJxZNCI11 Mar 2019 - 8:49:45 PM“📁Stay in the LIGHT.Remain in open comms w/ Sen Graham & Grassley re: Whistleblower Protection Act.They will take your phone calls.Q”

Contrast what the Washington Post said (“it’s nothing”) with the FBIAnon who said (beginning 7/2/2016) “there is enough for her and the entire government to be brought down.”blackpilled.com/2017/01/fbi-an…

(Whoops this got dropped from the thread. Q telling Cain to call Graham/Grassley)

FBI Anon: “The real point of interest is the Clinton Foundation, not the e-mail server.”

Money laundering is sending money for one purpose (eg climate change) but it’s really going somewhere else (bribes/payoffs for dirty work).
QAnon has written countless times about money laundering. Connecting the Clinton Foundation to this crime on a massive scale, as part of a worldwide mafia, is perhaps the biggest QProof of all.
FBIAnon: “Though I do not have a high opinion of Hillary, she is just a piece (albeit a big piece) of this massive shitstorm.”
Joe DiGenova helped lull the media into slumber. Joe diGenova: John Huber Investigation of Clinton Foundation is a Farce - Never Even StartedUS Attorney John Huber Former US Attorney Joe diGenova says that the Huber investigation into the Clinton Foundation is a farce.  Huber hasn’t even interviewed the top witness in the case whom diGeno…https://www.thegatewaypundit.com/2019/05/joe-di-genova-john-huber-investigation-of-clinton-foundation-is-a-farce-never-even-started/
3004Time to Advance the Rule of Law and Hold Offenders AccountableQ!!mG7VJxZNCI9 Mar 2019 - 5:50:16 PM“Do you target your enemies or your allies?Why was SESSIONS targeted?Who appointed HUBER?Who had DIRECT OS over HUBER?DAG also listed for optics?”
“WHO REALLY HAD DIRECT OS OVER HUBER?NO_LEAKSNONE”
“Who FIRED/REMOVED the traitors within the FBI/DOJ?Do you believe the timing is a coincidence?”
Who got Hillary the job overseas?Who really got Hillary the job?“Leave town, and never come back here again.”(End.)
mentions
mentions compile
___________
By Dr. Dannielle Blumenthal. All opinions are the author's own. Public domain.
- January 11, 2020