OK, I get it now. The goal is to cancel the 2020 election, citing chaos/disaster/irregularities.

Russia May Not Be the Only Threat to U.S. Elections in 2020Russia interfered in the 2016 election and may try to sway next year's as well. But it's not the only nation with an eye on U.S. politics.https://time.com/5713739/us-election-threats-2020/
"There's no model for this" - it is a pretense of not knowing what to do, when in fact this is well planned. 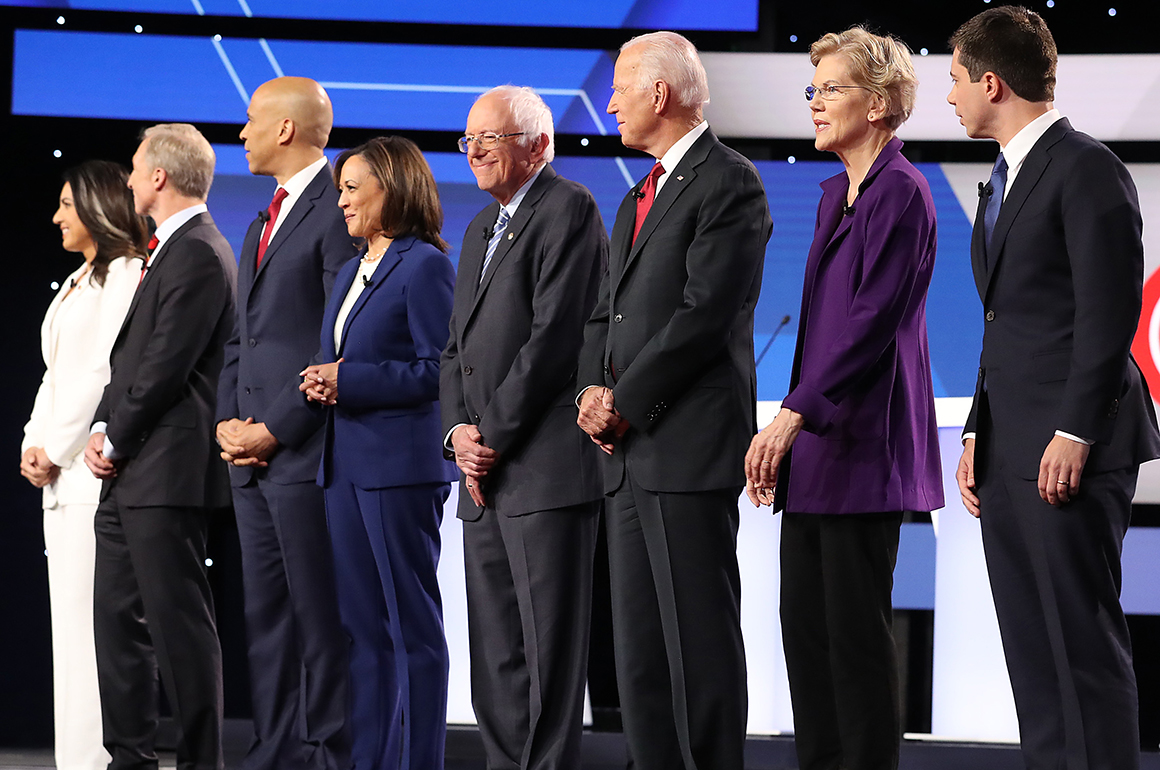 ‘There’s no model for this’: Impeachment timeline crashes into Democratic primaryhttps://www.politico.com/news/2019/10/31/impeachment-democratic-candidadtes-063478
This is not PARTISAN because their goal is DESTRUCTION. September 18, 2018. State Department employee Stuart Karaffa exposed by @Project_Veritas - “I Have Nothing to Lose. It’s impossible to fire a federal employee... resist everything. Fuck shit up.”
mentions
mentions Jim Kunstler: "We May Not Have A 2020 Election" | Zero Hedge 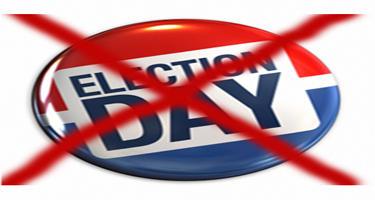 Jim Kunstler: "We May Not Have A 2020 Election"" A great deal about our economy and our way of life is false and is going to fail..."https://www.zerohedge.com/geopolitical/jim-kunstler-we-may-not-have-2020-election
mentions This was already the plan. The only thing that has changed is the timeline. 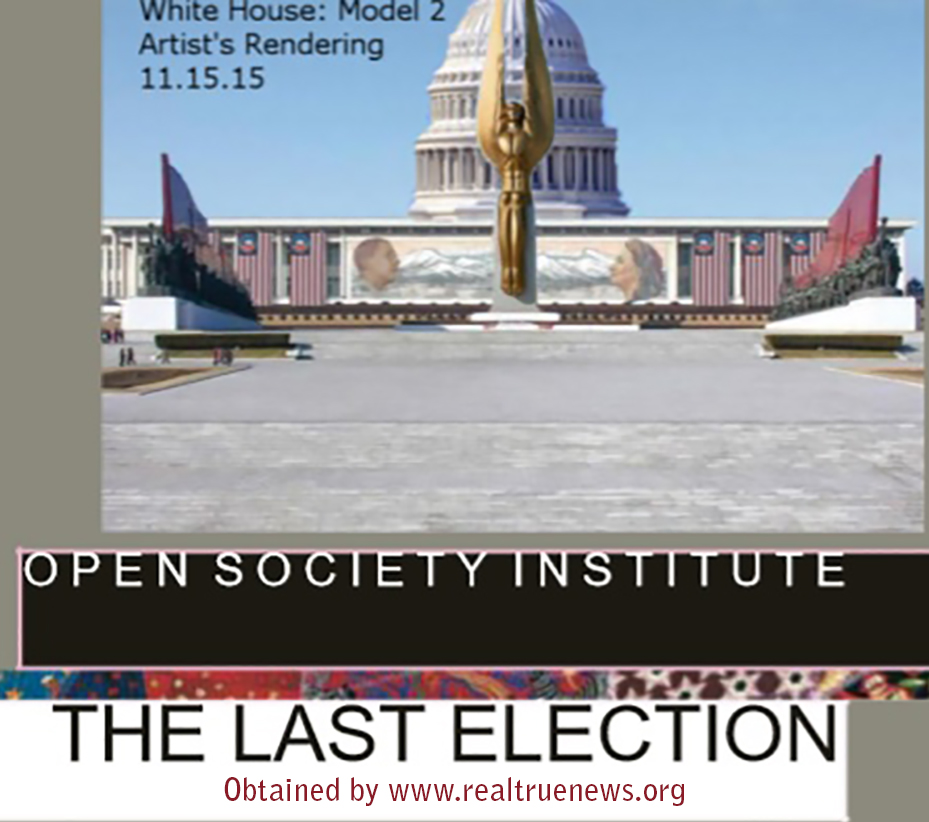 Leaked Open Society Foundation Document; The Last ElectionPlease download the pdf at the bottom left of the page and keep it safe. Searching on Scribd, another bombshell obtained by Realtruenews.org is just astonishing. This one is allegedly an internal So…https://ellacruz.org/2018/10/31/leaked-the-last-election/
mentions The primary method of treason is "lawfare, meaning "the use of law as a weapon of war."That's why we've had nonstop BS: mental incompetence, emoluments clause, Special Counsel w/ a side helping of Obstruction of Justice, Ukraine Whistleblower... The Meaning of LawfarePopularized by General Charles Dunlap, “lawfare” usually describes the use of law as a weapon of war. A broad and robust debate surrounds the concept, debates over precisely how to define the term an…https://www.lawfareblog.com/topic/meaning-lawfare
mentions Major General Charles J. Dunlap, Jr., USAF is credited with inventing this term.scholarship.law.duke.edu/cgi/viewconten…

mentions Major General Dunlap modestly acknowledges that the term was used prior."I had the hubris to think I invented the term; actually, it had been used a couple of times previously in a completely different context starting in the mid-1970s."
mentions This is the citation.Charles J. Dunlap, Jr., Lawfare Today: A Perspective, Yale Journal of International Affairs 146-154 (Winter 2008).scholarship.law.duke.edu/cgi/viewconten…
mentions Major General Dunlap has since retired.Here is his photo.media.defense.gov/2006/Jun/29/20…

mentions Here is his biography. It notes that he was"Deputy Judge Advocate General, Headquarters U.S. Air Force, Washington, D.C. ..provides legal advice to the Air Staff and commanders at all levels."af.mil/About-Us/Biogr…
mentions It is sad to me to read the writings of these brilliant Patriots and see how far we've fallen. How we have to fight to rescue what we know to be right and true and good.Let's read a bit from his article.
"Lawfare can operate as a positive “good.” Ideally, substituting lawfare methodologies for traditional military means can reduce the destructiveness of war, if not its frequency."
"An illustration: prior to starting our military operations in Afghanistan in the fall of 2001, military planners wereconcerned about the ready availability of high-resolution, near real-time commercial satellite imagery of the operational area"
"One can imagine any number of orthodox military approaches that might have been used to stop such datafrom reaching enemy hands."Instead, a legal 'weapon,' that is, a contract,was launched to achieve the same effect....exclusive rights to all the imagery were purchased."
"Other aspects of lawfare are more complicated."
"Belligerents have long soughtto use the perception or fact of wrongdoing by their opponentsas a means of catalyzing support among their own people,and eroding it among their foes."
Translation: The enemy FALSIFIES wrongdoing by the target to create a false base of public support AND demoralize the enemy simultaneously.
This is the essence of lawfare.You ACCUSEYou FILE LEGAL PAPERSYou DRAG OUT A COURT PROCEEDINGand render the enemy IMPOTENT
When you do this to a sitting President who has been legitimately elected, as a way of neutralizing the government, THAT IS TREASONTREASONTREASONTREASONTREASON
When the media plays along by "covering" FALSE ACCUSATIONS as though they were true, thus creating a "documentary record" of "bad behavior" - THIS IS ALSO TREASON.
My only question is, WHY ARE WE SITTING HERE TALKING ABOUT THIS STILL?
(End.)
___________
By Dr. Dannielle Blumenthal. All opinions are the author's own. Public domain.
- November 03, 2019