Some Thoughts On The Future Of The Civil Service 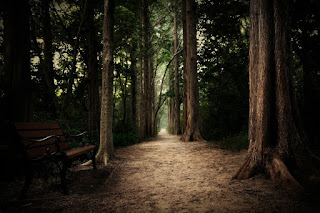 When you change jobs they ask you to share your parting thoughts. After about three and a half years, I'll soon be transferring to another position in the government. I thought it might be helpful to share these thoughts more broadly, as they concern my impressions over a period of many years.

I. Support These Positive Characteristics (While Addressing Their Limits)

These insights reflect my experiences in multiple, highly diverse agencies across the civil service over the past decade and multiple Administrations, and all opinions are always my own.

IV. The Bottom Line: Engagement Is What Matters Most

Spending a few minutes reflecting about my experience in government was a productive exercise. From a content perspective, it left me realizing that "the more things change, the more they stay the same." As such, organizational improvement efforts — regardless of the organization — need to go beyond short-term prescriptions and limited environmental realities. Ideally, they are rooted in a scientific, almost a-historical understanding of the deeper dynamics that animate large groups of people attempting to get things done together.

Yet something else occurred to me as I did this. In a world where we are constantly being bombarded with stimuli — emails, instant messages, phone calls, texts, banner ads, television programs and advertisements, movies, music, newspapers, magazines, and even the sides of buses — the actual act of thinking offers a crucial benefit in itself.

By Dr. Dannielle Blumenthal. All opinions are the author's own. Public domain. Photo credit: Big Heart via Pixabay.