I have been reading the Alan Bender deposition (runs 233 pages). You can still download it here. 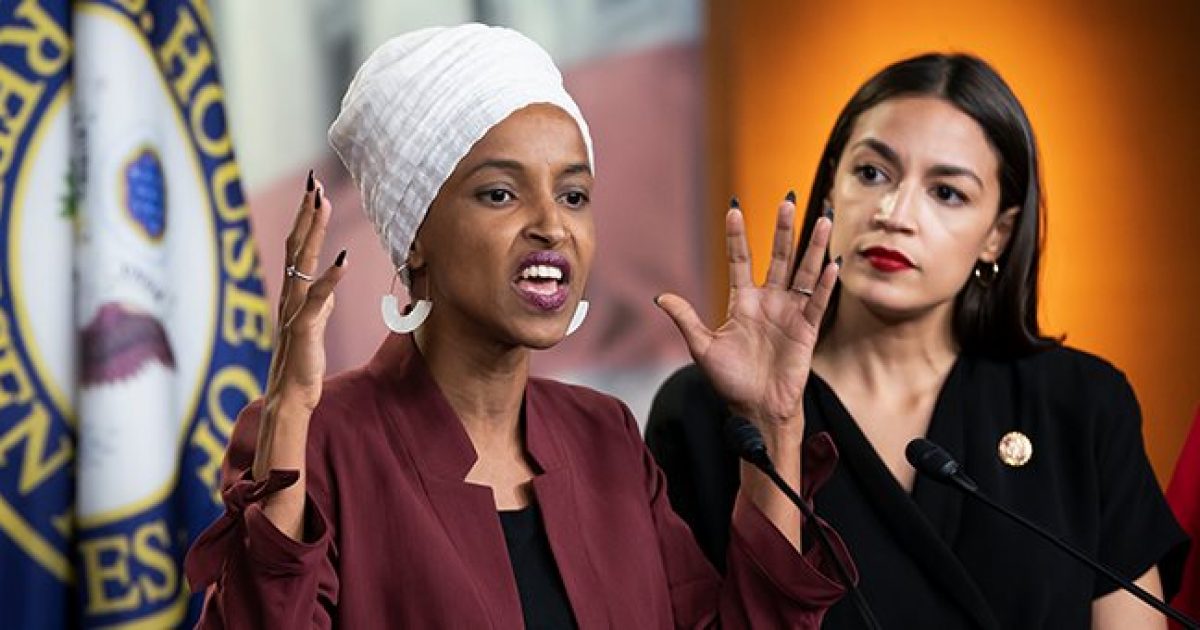 Rep. Ilhan Omar accused of passing sensitive info to Iran - Liberty UnyieldingThe sworn deposition, which appears below, by Alan Bender a Kuwaiti-born Canadian businessman, claims that Omar was recruited and paid by Qatar to pass sensitive information to Iran via intermediarie…https://libertyunyielding.com/2019/11/27/rep-ilhan-omar-accused-of-passing-sensitive-info-to-iran/
This is very unsettling stuff and can't just be accepted or dismissed without serious study.
If you don't see it right away, here is the direct PDF link.
Bender Affidavit.pdfView and download Bender Affidavit.pdf on DocDroidhttps://www.docdroid.net/DtiLYBH/bender-affidavit.pdf#page=42
Reading this only leads me to more questions, not conclusions, so if someone is dismissing it out of hand, I would find that suspicious.
For example, this part about WhatsApp.

This part about proxies.(And remember this is only the beginning).

"The engineers."WTF is going on?

Get the foreign money out of our political system!
Investigate Ilhan Omar about this - sworn allegiance to Turkey????

Trying to keep the CIA out

Speaks of other bribed American officials?

Are these the deepfakes they’re worried about?

Reporters “on the payroll” at NYT WaPo and CNN - allegedly

They allegedly pay $5,000 per article not to print the article

Guided by “think tanks” to pay media off under the table - very specific allegations as to how.

$ laundering by investing in schools

Up to $1 million for a journalist “but to the person who owns the media outlet, they pay way more.”

If there are 6 who own the mainstream media...and 98.7% of the media is spitting mad at @POTUS all the time...
The allegation, if I understand it correctly, is that Qatar paid Kushner off in an untraceable way, by having the Brookfield company make the purchase of 666 Fifth Avenue. (But they would have wanted him to know it was them, right?)

If you read this, however, it looks like Qatar backed out, and Kushner’s father handled the transaction, and Jared actually stepped back from all this to be @POTUS adviser.bloomberg.com/news/articles/…
“But the scheme [to develop the bldg], first proposed by Jared Kushner, was set aside after he joined the WH as an aide to his father-in-law, President Trump....his position hobbled the company’s ability to bring in any deep-pocketed foreign investors.”

Kushner Companies unloads 666 Fifth Ave. to BrookfieldKushner Cos. has ceded complete control of the office portion of 666 Fifth Ave. to a Brookfield fund through a 99-year lease.https://nypost.com/2018/08/03/kushner-companies-unloads-666-fifth-ave-to-brookfield/
From me: I think Jared Kushner was extremely aware of the issues involved with foreign deals as a WH adviser. And that Qatar got in on 666 5th Ave using proxy Brookfield (after publicly backing out) as a way to pull strings later on.
Or at least to damage Jared Kushner’s reputation - as they referred to him in antisemitic terms.
“We want to rule the White House.”

Oh, here we go. Qatar allegedly handled its investment in 666 Fifth Avenue to “keep that as backup in case they needed to use it without stirring waves.”

Well, this doesn’t sound too good, does it.
“We threw $1.4 billion down the toilet.”

Someone wrote about this at the time.

Brookfield, the fund saving Kushner, is linked to both Qatar and UAEThe news broke this Saturday afternoon that Donald Trump, Jr. had met George Nader, an emissary from Saudi Arabia and UAE, along with Erik Prince, Stephen Miller, and Joel Zamel, an Israeli social …https://shugerblog.com/2018/05/21/brookfield-the-fund-saving-kushner-is-linked-to-both-qatar-and-uae/

Bender alleged he was supposed to try to keep Qatar’s involvement in the Brookfield deal silent, just say he didn’t know about anything illegal (due to $ going thru Canadian co., I think)

June 2018 - Qatar Rep allegedly states to Bender: “Give us another year and we will own the field in the US,” meaning all the media.

Reading all this it strikes me that I really don’t know anything at all. Qatar plays such a role in our politics?
Bender corrects his assertion. The Qataris said in June 2019, NOT June 2018, that they’d own all the media within a year.So they are looking at June 2020.

Who is trying to make Alan Bender look like a non-credible source? These 233 pages are highly lucid.
Who is trying to smear @Imamofpeace over all this? He has a secret plan to marry off 9 year olds and this deposition is the ticket? Really???
Ok. Now we are at the part where Bender is alleging that he is aware of plans by Qatar to smear anyone who criticizes Ilhan Omar.

Bender is alleging they want to make an example of @Imamofpeace.

Friends with politicians + tells the truth and allegedly Omar reads it and doesn’t like it.

That she doesn’t espouse “true” Islam and that she cherry-picks topics based on what Qatar wants (Q. Why would she have to swear allegiance to Turkey/Erdogan and not Qatar?)

Allegedly Omar requested that @Imamofpeace be “silenced,” but they have no plan to do what this implies.

Allegedly Qatar is telling Omar to just ignore Tawhidi and leave it to them.

“We will send the New York Times or the Washington Post to do so,” meaning smear who they like, as Tawhidi was smeared by the Post. (Remember all this is alleged; I am reporting on a deposition not attesting to it.)

“It was a trap. They just wanted to attack @RudyGiuliani.” (Pretense of interviewing @Imamofpeace about social media influence)

Allegation that reporter/s were acting as spies.

Allegation that @RudyGiuliani working for Qatar till taking position as @POTUS attorney.

Allegation that Qatar targets those who target their agents and that Linda Sarsour is one of them and will be run for office.

Allegation that Sarsour is Muslim Brotherhood and that MB is solely Qatar-funded.

Remember the Iran dealQ wrote:“How were the pallets of cash divided?How many planes were used to transport?Who operated the planes?What 'shadow' agency directed operations?Why wasn't the money [simply] wire transferred?US had AUTH to open bank-to-bank transfers.”

Bender deposition, p. 115. The Qataris allegedly paid Iran in the same way that Obama did: cash loaded onto planes.

To quote: “With the Iranians, they made a similar deal but they didn’t have to state a kidnapping. They just sent airplanes with cash, and they paid.”

Allegation that Ilhan Omar is a functionally a spy for Iran.

Allegation that Omar is knowingly a traitor.

I do not understand this discussion of Omar supposedly pledging loyalty to Erdogan, because the Somalis are loyal to him, side by side with mention of her allegedly being MB member, which is funded by Qatar?

Allegation that some Dems are “fully aware” of Omar’s “cooperation with Qatar,” that the US government as a whole “turned a blind eye” because they like Qatari cash.

This is hard to process. I am trying.
Allegation that some American officials find out and want in.

Allegation that some American officials protest and are paid off; others are looking for a way to be able to say they protested, to get suspicion off themselves.

Allegation that Omar is paid in cash or money steered to relatives in Somalia. To fake businesses. To World Cup contracts.

Allegation that Omar is also paid in property transfer routed through UK/France.

Allegation that they will launder through poor European country where officials can be bribed but nowhere with whiff of scandal, like Panama.

Allegation that Qatar directs Omar wholly including what questions to ask in hearings.

Allegation that Qatar brags of directing Omar to do everything they ask especially with regard to radical Islamic militants.

Chips to window convert to cash give to individual

Last one for now - allegedly Qatar controls both the Islamic foundations and MB.