Haim Saban’s Rise From Poor Kid in the Middle East to ‘Power Rangers’ GodfatherIt was August 2003 and Haim Saban was awaiting word on a deal to acquire a controlling stake in ProSiebenSat.1 Media, Germany’s largest broadcasting group, that country’s approximate equivalent of ow…https://variety.com/2017/biz/spotlight/haim-saban-poor-kid-middle-east-power-rangers-scion-1202013534/
6) Saban emigrated to Israel and served in IDF before becoming major entertainment power player and Clinton supporter.
7) 10/16: “Last year, Hillary Clinton wrote a letter to billionaire media mogul Haim Saban on her campaign stationery vowing ‘to make countering BDS a priority’ if she wins the presidency.”

Leaked emails show donors drive Hillary Clinton’s pro-Israel positionsDemocratic nominee revealed her real views on Syria and Saudi Arabia only behind closed doors.https://electronicintifada.net/blogs/rania-khalek/leaked-emails-show-donors-drive-hillary-clintons-pro-israel-positions
8) “Saban has donated at least $7 million to getting Clinton elected president and openly confesses that his number one priority is influencing US policy in Israel’s favor.”
9) Pay to play.
10) This is the problem. “The way the campaign aides discuss the issue is completely devoid of emotion or ideology. It’s all about the donors.”
11) “At a Jewish United Fund dinner in 2013, Clinton said she preferred ‘a more robust, covert action’ to arm Syrian rebels against the government of Bashar al-Assad.”
12) “But she added that this was complicated, because ‘the Saudis and others are shipping large amounts of weapons – and pretty indiscriminately – not at all targeted toward the people that we think would be the more moderate.’”
13) “In one of the leaked emails Clinton accuses Saudi Arabia and Qatar of funding the Islamic State, sometimes referred to as ISIS or ISIL.”
14) “The Clinton email states: ‘We need to use our diplomatic & more traditional intel assets to bring pressure on...Qatar & Saudi Arabia, which are providing clandestine financial & logistic support to ISIL and other radical Sunni groups in the region.” 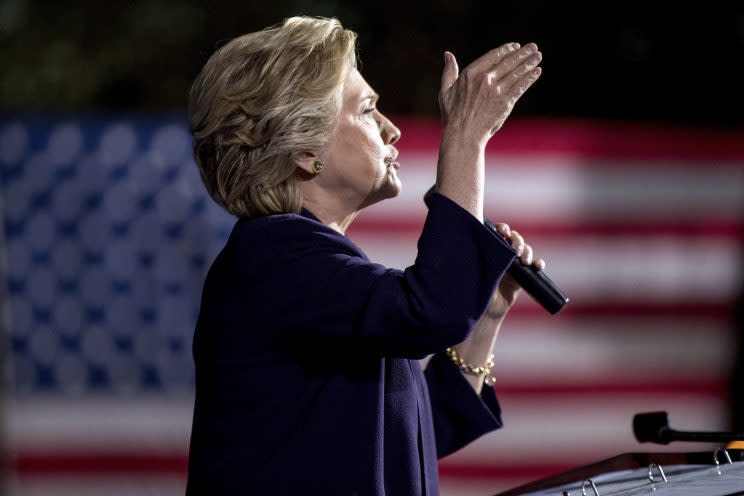 In leaked email, Clinton claims Saudi and Qatari governments fund ISISDemocratic presidential candidate Hillary Clinton speaks at a rally at Ohio State University in Monday. The Clinton campaign today tried to tamp down a mounting controversy over a newly disclosed, a…https://news.yahoo.com/in-leaked-email-clinton-claims-saudi-and-qatari-governments-fund-isis-221758254.html
15) Hillary argued for a convincing show of force. “As Turkey moves toward a new, more serious Islamic reality, it will be important for them to realize that we are willing to take serious actions, which can be sustained to protect our national interests.“

Congrats! - WikiLeaksFrom: john.podesta@gmail.com To: hrod17@clintonemail.com Send our love to Chelsea Marc and Grandpa. Can t wait to meet Charlotte. On Aug 19 2014 9 22 AM H hrod17 clintonemail.com wrote Agree but …https://wikileaks.org/podesta-emails/emailid/3774
16) Gee, she sounds quite a bit like President Trump.
17) “If we do not take [sic] the changes needed to make our security policy in the region more realistic, there is a real danger of ISIL veterans moving on to other countries to facilitate operations by Islamist forces. This is already happening.”- Hillary Clinton 9/27/2014
18) “Qatar is the oasis where neocons & Jihadists find comfortBy Wayne MadsenPosted on December 5, 2014”intrepidreport.com/archives/14603
19) “America’s Middle East version of NATO, the Gulf Cooperation Council (GCC), ...is quietly celebrating the return of the Saudi, UAE, and Bahraini ambassadors to Qatar after a diplomatic row triggered by Qatar’s support for the Muslim Brotherhood.”
20) “Apparently, the 34-year old Emir of Qatar, Tamim bin Hamad al Thani, who succeeded to the throne after the 2013 abdication of his father, Hamad bin Khalifa al Thani, agreed to limit the activities of the Muslim Brotherhood in Qatar.”
21) “The Obama administration places much faith in the GCC as an ally in its war against ISIL but the truth is that the GCC is now a mere ‘paper tiger.’”
22) “former Emir Hamad was a major champion of the MB. Under his reign, Brotherhood members not only infiltrated Al Jazeera but also leading Qatar Arabic and English language newspapers.”
23) “However, at the same time the MB set up its regional headquarters in Doha, Qatar permitted the Haim Saban Center for Middle East Policy, funded by the Israeli-American Zionist Hollywood producer Haim Saban, to operate the Brookings Doha Center.” — they play both sides
24) “The Doha Center provided pro-Israeli spokespersons for Al Jazeera’s Doha broadcasts WHILE ALSO talking up the George Soros-enabled “Arab Spring” revolutions” — they play both sides
25) “While Erdogan has condemned Israeli aggression in Gaza and Lebanon, he is content to dovetail Turkey’s support for ISIL and Al Nusra with that of Israel.” — they play both sides
26) “Although Qatar is a member of the Obama administration’s shaky coalition against...ISIL...some members of the Qatari royal family and Qatari businessmen have been financing ISIL-affiliated units in Syria and Iraq.” — you see how this goes?
27) But then again perhaps this is politics.
28) Or maybe Obama was unusually bad. “The one thing that is consistent about the current state of the Middle East is that it is inconsistent....with the Pentagon and CIA on opposite sides....has led to the widespread confusion in the region.”
29) Madsen mentions “amateurs” Rice, Rhodes,Power
30) “Compounding the problem is the fact that Brennan’s CIA is actively supporting the recruitment of takfiri rebels into the ranks of ISIL from organizations as far afield as the Iranian Mojahedin-e-Khalq (MEK) terrorist group”
31) (“Takfiri” = “a Muslim who accuses another Muslim of apostasy.“) en.m.wikipedia.org/wiki/Takfiri
32) “also supported by the American neocons and Israel—““and CIA-supported Salafist groups based in the Republic of Georgia and UKRAINE.”The above initially supported ISIS under Brennan’s direction.How effed up is that?
33) Seems Qatar just stepped in and took advantage of our weakness and greed wherever it could.
34) “The Qater Turkey and others alleys wanted to build the plan of pipeline to transport Gas to Eu through Syria ....The wohle [sic] story is because of Oil and Gas transport to stand against Russian and Iran in the region but Qataris and their allies failed” (2014)

35) “The full extent of US co-operation with Turkey, Saudi Arabia and Qatar in assisting the rebel opposition in Syria has yet to come to light.” - Seymour Hersh

Seymour M. Hersh · The Red Line and the Rat Line: Erdoğan and the Syrian rebelsThe full extent of US co-operation with Turkey, Saudi Arabia and Qatar in assisting the rebel opposition in Syria has yet to come to light.https://www.lrb.co.uk/v36/n08/seymour-m-hersh/the-red-line-and-the-rat-line
36) “The Obama administration has never publicly admitted to its role in creating what the CIA calls a ‘rat line’, a back channel highway into Syria.”
37) “The rat line, authorised in early 2012, was used to funnel weapons and ammunition from Libya via southern Turkey and across the Syrian border to the opposition.”
38) Benghazi report included info about the rat line.
39) “By the terms of the agreement, funding came from Turkey, as well as Saudi Arabia and Qatar; the CIA, with the support of MI6, was responsible for getting arms from Gaddafi’s arsenals into Syria.”
40) “front companies were set up in Libya....Retired American soldiers, who didn’t always know who was really employing them, were hired to manage procurement and shipping....operation was run by David Petraeus, the CIA director.”
41) “The involvement of MI6 enabled the CIA to evade the law by classifying the mission as a liaison operation.”
42) “The consulate’s only mission was to provide cover for the moving of arms” - “former intelligence official”
43) We will end with this.Do you remember Sandy “the scissors” Berger? m.washingtontimes.com/news/2005/apr/…
44) A report in 2014 had Obama asking him for advice on ISIS.
45) “Obama’s ISIS Advisers –>A Thief, A Qatari, And The Man Who Created Islamist Iran & The Taliban”by Jeff DunetzSep 9, 2014 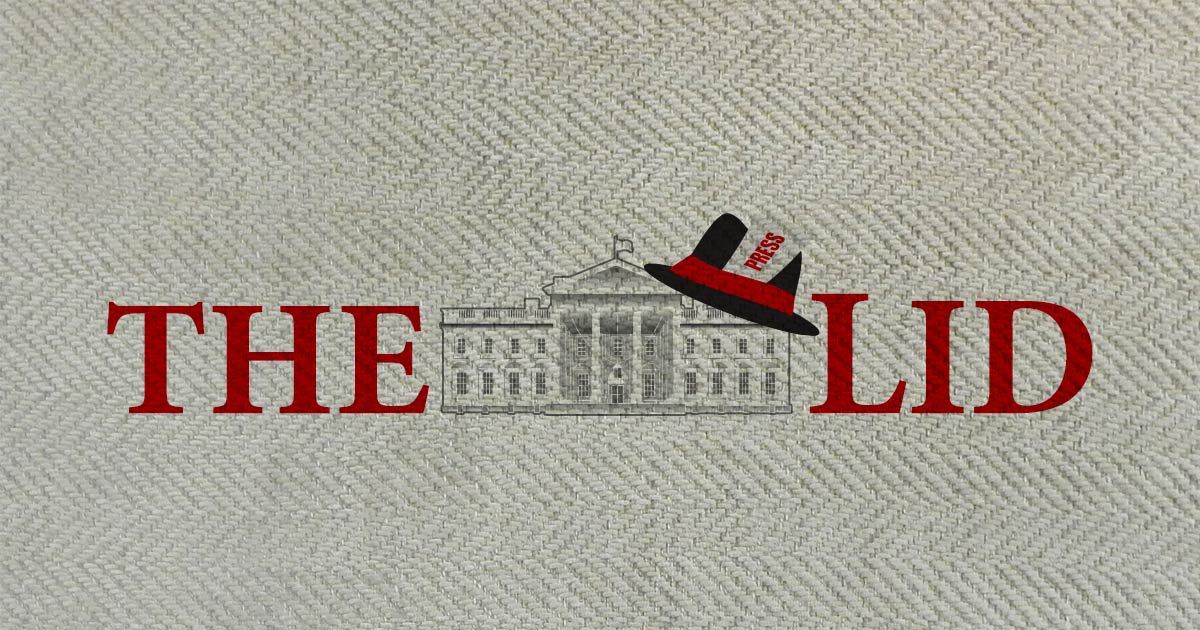