Vaetchanan: God and the Jewish People

Va'etchanan Roundup - Family Parshah - ParshahA quick family-oriented summary of the events in this week's Parshah. Kids, read it online to get a picture of all the exciting going-ons in this week's parshah. Parents, print it out to share at the…https://www.chabad.org/parshah/article_cdo/aid/1257001/jewish/Vaetchanan-Roundup.htm
2) In this week's portion we learn that Moses prophesied the future. "The people will worship idols and be sent away from the Holy Land and scattered all over the world, but then they will feel bad for what they did and return to G‑d and keep His laws."
3) The rabbi said something interesting today. He said that the Torah was given to the Jewish people all at once, rather than one person, because the experience of an individual is subjective and also can be faked.
4) He talked about how God approached all the other nations of the world to offer them the Torah, and each one said no, because they wanted to keep their respective lifestyles.
5) And then God came to the Jews, and the Jews said immediately "we will do and we will hear," meaning "we will do it, even if we don't really understand it or want to do it." -- this was the rabbi's explanation.But then a question came up...that threw a monkey wrench out.
6) The statement "we will do and we will hear" is in Exodus 24:7.But it is followed by another statement in the text which indicates a different reaction.chabad.org/library/articl…
7) Actually - there are two "we will do" statements.The FIRST one is in Exodus 19:8 - "All that God has spoken, we will do."The SECOND one is Exodus 24:7 "We will do and we will hear."
8) Sandwiched in between is Exodus 19:17: “They stood at the foot of (literally, 'under') the mountain.” This is not an innocuous statement. The rabbis explain (Gemara Shabbat 88a) that God actually held a mountain over them as though it were an upside-down barrel.Threat.
9) So (correction to #6) the sequence of events is this:Jewish people: "We will do it (we're committed to the Torah)"God: "You better do it or I'll kill you"Jewish people: "We will do it...and then we'll figure out what it says."
10) The rabbis struggle mightily with this situation, for a few reasons.#1, if the Jews accepted the Torah under duress, the contract is nullified. (In fact they accepted it first, and then there was the threat, but still...why do you need a threat?)
11) #2, the nations of the world complained and said, why did you ask us if we wanted it, and we said no, and then you ask the Jews, and you force them to take it. It's not fair.
12) (Keep in mind that "nations of the world" refers to OCCULT IDOL WORSHIPERS and does not refer to Christians or any other religion.)
13) I'm going to give you the answer that is in my heart.
14) The Torah talks about God and the Jewish people as a man and wife. There is a secret of intimacy there. This Israeli song alludes to it. It's called "the secret."
15) Every couple that is meant to be together has their own spark.
16) It is chemical and not explainable.
17) The couple meets, falls in love, and makes a commitment, one to the other. They get married.
18) And then the wedding is over, and the tents are folded up, and one of them or both of them.....
19) God is the husband whose love is eternal and true.
20) God's love is so strong it threatens to smother the Jewish people. They literally can't handle the commitment.
21) So first they say "definitely"And then they start to back away.That is when God holds the mountain over their heads."You're in it," he says."You're in this barrel here, with me.""There is no getting out of this love barrel."It isn't a threat to kill them.
22) The Jews, having nowhere to go, stand there until the panic attack subsides.And as an emotional coping mechanism they say: "We will do and we will listen."Meaning, "Let's stay married - and the rest we will figure out with some therapy later on."
23) But what about the OTHER nations?The ones who said: "Hey God, why didn't you force us, too?"
24) Their pleas were not sincere.The offer was more of an obligatory one on God's part, so they couldn't open their mouths, since they were all up into witchcraft and the occult.
25) In a sense, the other nations were a lot like Rasha and Ilhan."I want to visit my grandmother."But no, not really. That's not what the request is about.

Ilhan Omar and Rashida Tlaib Partnered with Vicious Anti-Semites to Plan Their Trip to Israel | National ReviewWill pundits, editorial boards, and reporters take a look at the scandal hiding in plain sight?https://www.nationalreview.com/2019/08/ilhan-omar-and-rashida-tlaib-partnered-with-vicious-anti-semites-to-plan-their-trip-to-israel/

26) It is interesting that Moses' prophesy came true, and the Jews -- who did get the Torah, a great privilege -- mostly turned away from God in modern times. Jews are some of the most rabid anti-semites you will ever meet. And worse, they claim their version is morality.
27) This is why, in this portion, Moses literally repeats the basics.The 10 CommandmentsThe Shema prayer, which says that God is OneThe commandment to love God and study TorahAnd to literally write the words in prayer boxes (tefillin) we wrap on our armsAnd on our doors
28) Unfortunately none of this matters - the people go on to sin just as described.But there is a good side, and that is that many in the world have come to embrace God.
29) In ways that we do not yet understand, God is gathering the exiles in - meaning He is healing the disconnect that many people experience spiritually.The supplemental reading tells us about the end of the exile.

Va’etchanan Haftorah in a Nutshell - Haftarah - Parshahhttps://www.chabad.org/parshah/article_cdo/aid/540269/jewish/Haftorah-in-a-Nutshell.htm
30) This is Isaiah, the same Isaiah who prophesies that all who love the Lord will be gathered in together to worship Him as priests, regardless of the name they wear on their religion card.
31) Isaiah 40:1-2 "Comfort, comfort my people, says your God. Speak tenderly to Jerusalem, and proclaim to herthat her hard service has been completed,that her sin has been paid for."Photo: 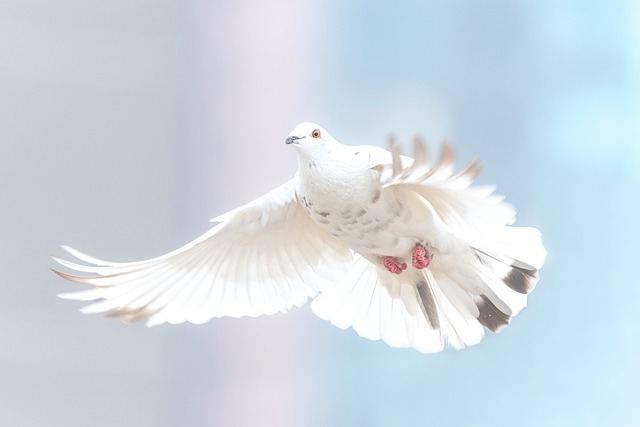 32) It may feel like the bad guys will never pay the price, but I promise you, they are all paying and will continue to.And God is calling His faithful and those who repent.
33) Isaiah 3 - "In the wilderness prepare the way for the Lord; make straight in the desert a highway for our God."Picture a plane that gets you to Israel in under 1 hour.
34) *40:3
35) Isaiah 40:4 "Every valley shall be raised up, every mountain and hill made low; the rough ground shall become level, the rugged places a plain."
36) Isaiah 40:5 "And the glory of the Lord will be revealed""AND ALL PEOPLE WILL SEE IT TOGETHER."--> just as the Jews saw the giving of the Torah, so too will we see the Messiah - the faithful will see it - ALL TOGETHER."For the mouth of the Lord has spoken.”AMEN
(End.)
___________
By Dr. Dannielle Blumenthal. All opinions are the author's own. Public domain.
- August 18, 2019