1) LET'S GO
2) Torah Portion: Deuteronomy 7:12 - 11:25Supplemental reading: Isaiah 49:14 - 51:3
3) I thought it would be nice to delve into the mystical side of this Torah reading and the supplemental reading a bit.
4) Summary:* Do what God says and be blessed.* You will have to kill people - do it and don't feel sorry for them - the mercy is a trap. Don't lust after their gods.* Don't think you do anything without God.* Humble yourself to God's will.

Parashat Eikev: Summary | My Jewish LearningEkev Summary. Ekev Commentary. Ekev Text Study. Weekly Torah Commentary. Parshat Hashavua. Jewish Textshttps://www.myjewishlearning.com/article/ekev-a-summary-of-the-parashah/
5) A couple of other important points.Moses repeats part of the Shema prayer, which is the basic Jewish prayer stating that God is One. The Shema mentions that in the messianic age, the dead will be resurrected.

Eikev in a Nutshell - Texts & Summaries - ParshahMoses describes Israel as a land flowing with milk and honey, describes the seven kinds of produce with which the land is blessed, and warns the nation about becoming haughty in the Promised Land.https://www.chabad.org/parshah/article_cdo/aid/3041/jewish/Eikev-in-a-Nutshell.htm
6) The verses of the prayer are Deuteronomy 11:13-21.Let's see the sources of these statements about God being One (e.g. there is no such thing as a "realm of evil" with its own power)And the statement about the messiah.

Eikev Torah Reading - ParshahIn which Moses describes a land of milk and honey, recalls our failings in our first generation as a people, explains where bread comes from, introduces us to the World of Because, and refers to the …https://www.chabad.org/parshah/torahreading.asp?aid=2495797&jewish=Eikev-Torah-Reading.htm&p=complete

The Second Chapter of the Shema - Chassidic Masters - Parshahhttps://www.chabad.org/parshah/article_cdo/aid/53667/jewish/The-Second-Chapter.htm 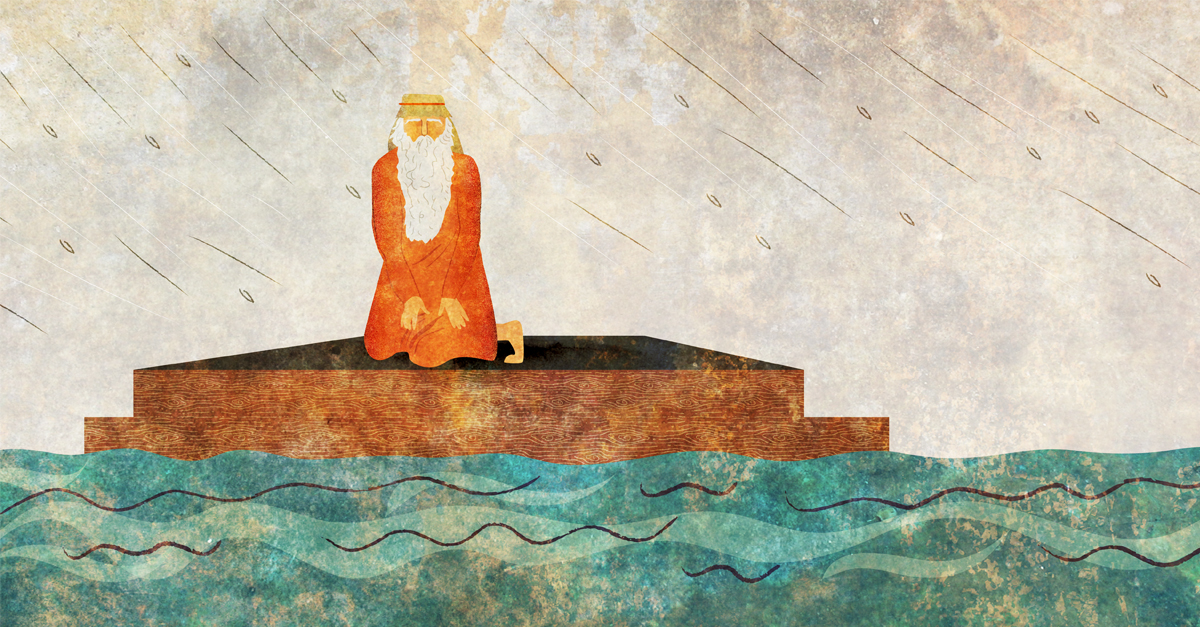 Everything About Enosh - Jewish HistoryThere is very little mention of him in the Torah, and most of what we know about him and his times is from Midrashic and Talmudic sources.https://www.chabad.org/library/article_cdo/aid/3136200/jewish/Everything-About-Enosh.htm
Enoch: en.wikipedia.org/wiki/Enoch_(an…(%2F%CB%88i%CB%90n%C9%99,(Genesis%204%3A17).
12) The generation of Enosh made the mistake of thinking that God created, for example, the stars in the sky, and so one should honor the stars as servants of God.
13) God tells us that there is only One. None other.
14) Messianic resurrection of the dead reference:Deut. 11:21 - "In the land which G‑d swore to your forefathers to give TO THEM"Not “you,” but “THEM" = future = we infer the resurrection of the dead. (Sifri; Rashi) 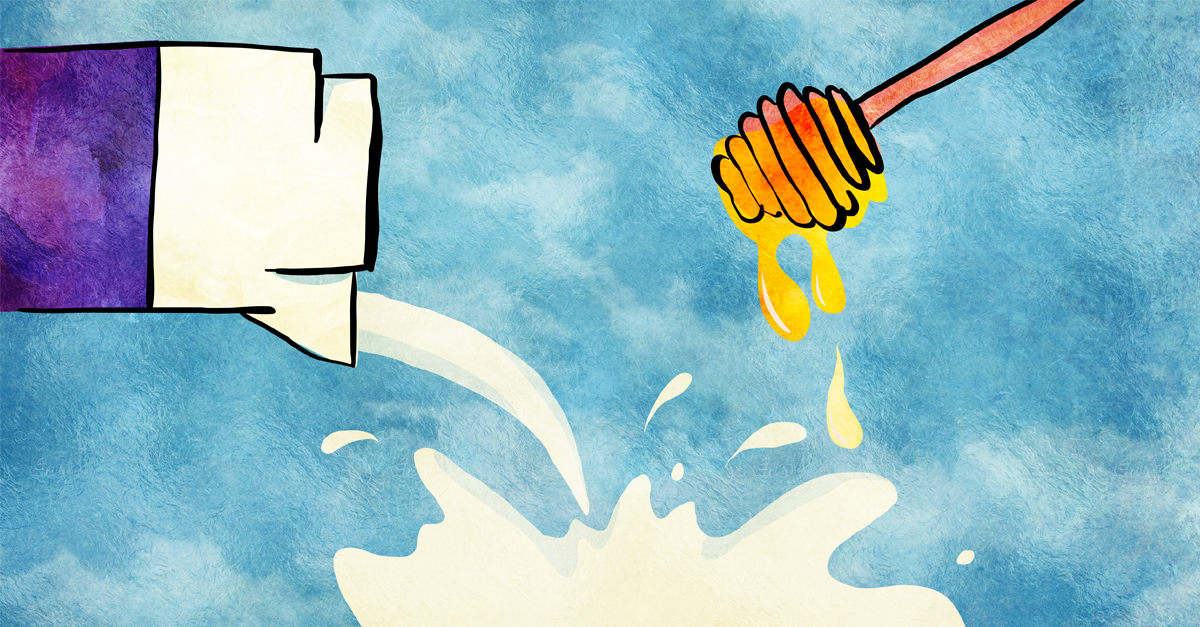 Parshah In-Depth - Eikevhttps://www.chabad.org/parshah/in-depth/default_cdo/aid/53666/jewish/Eikev-In-Depth.htm
15) Let's just drill down for a minute into what resurrection actually means.
16) This is important because we believe that when you die, and are reincarnated, ONLY THE PART NEEDING CORRECTION comes back.
17) So what this means is that a "soul root" may have hundreds, if not thousands, of soul splinters, so to speak.
18) At the time of resurrection, are we saying that the soul root comes back, the splinters come back in the different bodies they resurrected in, or what?It's a little confusing.
19) "At the time of the resurrection, the individual soul will be split among the various bodies it once inhabited, and the portion of the soul whose mission was completed in a particular body will return to that body."So, the splinters.

Jewish Resurrection of the Dead | My Jewish LearningJewish Resurrection. Jewish Life After Death. Jewish Afterlife and Eschatology. Jewish View on Next Life. Jewish Ideas and Beliefshttps://www.myjewishlearning.com/article/jewish-resurrection-of-the-dead/
20) Reform Jews do not believe in resurrection.".We reject as ideas not rooted in Judaism, the beliefs both in bodily resurrection and in Gehenna and Eden (Hell and Paradise) as abodes for everlasting punishment and reward." The Pittsburgh Platform, 1885 | My Jewish LearningPittsburgh Platform 1885. Reforming Judaism. Modern Jewish Denominationalism. Modern Jewish Religion and Culture. Modern Jewish History. Jewish History and Community.https://www.myjewishlearning.com/article/the-pittsburgh-platform-1885/
21) Reform Jews do not believe in God except as God exists in your dialogue with yourself."God is a personal God and thus prayer has a soul to it based on our personal relationship with God"Source: reformjudaism.org.uk/reform-judaism… citing Martin Buber, “I and Thou”, 1923
22) You see here a complete split in theology such that Reform Jews reject the basic tenets of Judaism and substitute idolatry.
23) If there is no resurrection, there is no opportunity for the soul to undergo a correction for its evil deeds. So if you die bad, your immortal soul (they do believe in that) simply exists "knowing" it was bad. (They do not believe in Hell.)
24) If God is merely "personal," and exists only as your conscience apprehends Him, then you, in dialogue with your conscience, dictate your own right and wrong -- you substitute yourself for God -- idolatry.
25) The idolater is the person who manipulates the world instead of simply doing what God said, and having faith in Him.The idolater is the person who says, "Good is what I say it is."This self-reassurance tells the idolator that his/her immortal soul is safe.
26) Now you understand the theological basis of the statement of Baron Benjamin de Rothschild in 2010: "I am accountable to the people I employ. I am accountable to my wife and my children. I do not believe in God - I do not report to him."

Family valuesAt the age of 47, Baron Benjamin de Rothschild has put the 4-billion-euro family fortune in the hands of his wife, Baroness Ariane de Rothschild. 'I think women today are better suited for business t…https://www.haaretz.com/1.5135495
27) In this Torah portion, God is telling us that you cannot have it both ways.It is not solely a matter of choosing God over the idols.It is also a matter of choosing God AND ONLY GOD as opposed to multiple deities, and one of those deities can be YOURSELF.
28) Reading this, you now understand that the different theological branches of Judaism are not necessarily parts of the same whole.
29) You understand that from the perspective of monotheism, the true unity is among those who only recognize one Universal, all-powerful God, a God that exists without reference to our own ability to apprehend Him.
30) You understand the analogy of God and the Jewish people to man and wife (literally, man and wife), to the male energy and the female energy, because there is such a thing and much of Kabbalah is spent discussing this.
31) You understand the analogy of God and the faithless Jews to a man and his wife who is a harlot, who sleeps around because "I can't get what I want from him."en.wikipedia.org/wiki/Unfaithfu….

33) You also now understand the difference between the political agenda of eliminating all normal things related to marriage. Whether it is the normalcy of male-female relationships, man-woman marriage, monogamy, and even adult-adult relationships.
34) As a personal matter, most of us don't care what people do in the privacy of their lives as consenting adults. I personally support same-sex marriage as a civil matter, because it involves consenting adults and civil matters should be separate from religion.
35) But to the idol-worshiper, meaning the person who wants the ability to serve God AND their own agenda, it is extremely important that the law actively disgrace the sacred. Not because they care...but because this enables them to get what they want.
36) When you live in a country that actively disgraces the sacred, ALL BETS ARE OFF when it comes to the morality of the sick things that the elite wants to do TO SERVE ITS OWN ENDS.Trafficking in fetal tissuePromoting illegal immigrationGenerating masses of refugees
37) Have to go. Much more to share!Will try to pick this up later.Enjoy your Sunday.(End.)
___________
By Dr. Dannielle Blumenthal. All opinions are the author's own. Public domain.
- August 26, 2019