"Korach" is one of my favorite Bible readings:
Like always, there is a connection to current events.
We're just going to meander through the reading to see the various lessons that are here and how we can apply them today.

First let's establish who the main characters in the story are.
Throughout the Jews' sojourn in the desert, they are seen variously rebelling and complaining against God and Moses, being punished, changing their ways, then falling back down again till next time.

In this episode, Korach - one of the elite - rebels.

Korach is a Levite, so he should've been humble and holy. But he was egotistical and that led him to anger.

"Moses, you chose your own brother to be High Priest, when I am fully qualified."

Moses was one man (like President Trump is one man) and the people were with him (as the majority of us are with the President).

The sly Korach wisely assessed that he would need the help of "Congress" -- 250 men who would stand with his "cause."

So he gets Dathan and Abiram, who are always spoiling for a fight with Moses, and by the time they're done they've recruited some of Israel's best and brightest.

Like any good coup attempt they need a moral excuse to advance their argument and so they claim that Moses had a conflict of interest. That Moses was pushing his own family into the top job, rather than listening to God.

At this time the Jews were living under a theocratic Communist state (those two are opposites) in that God openly provided for all their needs, and everyone had the same as everyone else.

It still wasn't enough for Korach.

So Moses stalls out the mob and promises them an "ultimate" test. He basically says, "Come back tomorrow with your sacrificial firepans, and we'll see who God chooses."

He tells them they've made a mistake.

The implication is that they're dead.

But they cannot hear, because you know how crazy mobs are.

So they come back, and they fail the test, and indeed God chooses Moses, and the earth opens up and swallows them all.

You would think the story would end here.

Having seen all this, the people NOT ONLY didn't shut up, but they continued to rebel against Moses.

Numbers 17:6: "The following day, the entire congregation of Israel complained against Moses and Aaron saying, 'You have killed the people of the Lord.'"

It's actually mind-boggling. They literally JUST SAW THE EARTH OPEN UP AND SWALLOW SEVERAL HUNDRED PEOPLE and STILL THE PEOPLE ATTACK MOSES!!!!!

At this point, if I were in charge, I would probably be frustrated beyond all comprehension.

But God says to Moses - you know what? Let's try something else.

God says - take one representative staff (stick) from each of the tribes, and put it in the holy place, and the one I choose will blossom.

Aaron's name was on the stick of the tribe of Levi, and it bloomed, and case closed.

But we need to talk about this more - something about it doesn't make sense - and we need to bring in the side characters.

First of all, why doesn't God just give up on the Jews already?

Because, like a patient husband, He waits for His bride.

(and as Moses points out, if He does this the other nations, who practice witchcraft, will say that God isn't strong or powerful enough...)

Second of all, why doesn't it work when the Jews see so vividly that the earth opens up and swallows the rebels?

Because the people were not grateful for miracles anymore.

They lived under Communism; they didn't have to work for their food.

But when they saw, simply and rationally, that the moral issue was resolved -- that God had indeed chosen Aaron as the High Priest -- then the "Russia collusion lie," so to speak, was dashed.

And they immediately fell back in line with Moses.

The leadership lesson for President Trump is very clear: The coup uses a set of "big lies" that can only be countered by official reporting.

We may THINK that "locking them up" will be the miracle that finally convinces people, but the Bible shows us that it is not.

It only makes them more impudent.

OK let's talk about the virtuous wife of On Ben Pelet.

And how she broke the rules of modesty to save his life.

On Ben Pelet was from the tribe of Reuben. (This will become important later on.)

One day his wife asked him what was going on.

"I've gotten mixed up with some idiots who decided to rebel against Moses."

"Let me handle this," said the wife of On Ben Pelet.

And she sat by the front of the tent and let her hair down.

So Korach's men came over to pick up On Ben Pelet for the rebellion.

But as soon as they saw his immodestly clad wife, they shielded their eyes, turned around and ran back home.

(Where the earth swallowed them all alive, for being so wicked.)

There is a saying: "Woe to the wicked man, and woe to his neighbor."

The Korach rebellion was a Levite thing, but Reubenites got mixed up in their cause.

The Reubenites had a way of either NOT acting when they were supposed to act, or ACTING in ways that went a little too far.

This is a lesson for life. Be normal.

In Genesis, when the brothers decided to kill Joseph out of jealousy

Reuben does not assert himself to stop it.

In Genesis, Jacob's firstborn Reuben (son of the non-preferred wife Leah) does something with Bilhah, the concubine of Rachel.

Some say he slept with her.
Others say he moved dad's bed out of her tent to preserve Leah's honor.

People with poor boundaries are easy prey for the cabal.

This is the real reason why they push the concept of a "fluid identity."

A fluid identity means no defined values to hold on to.

As @fixurheart2016 points out, tomorrow is Tammuz 5 on the Hebrew calendar.

Tammuz is the 4th month of the Jewish calendar.

In Judaism, the day starts the night before.

Therefore, the 5th of Tammuz (or Tamuz) starts tonight, July 7.

Jess notes that tonight/tomorrow's Hebrew mm-dd is mentioned in Ezekiel 1:1. (I believe someone else mentioned this as well but I did not follow up at the time.)

"Now it came to pass in the thirtieth year, in the fourth month, in the fifth day of the month, as I was among the captives by the river Chebar that the heavens were opened, and I saw visions of God." - Ezekiel 1:1

I can't speak to the "thirtieth year" part, but Ezekiel is prophecy.

So what can this prophecy mean for us?

"The heavens were opened...and I saw visions of God." 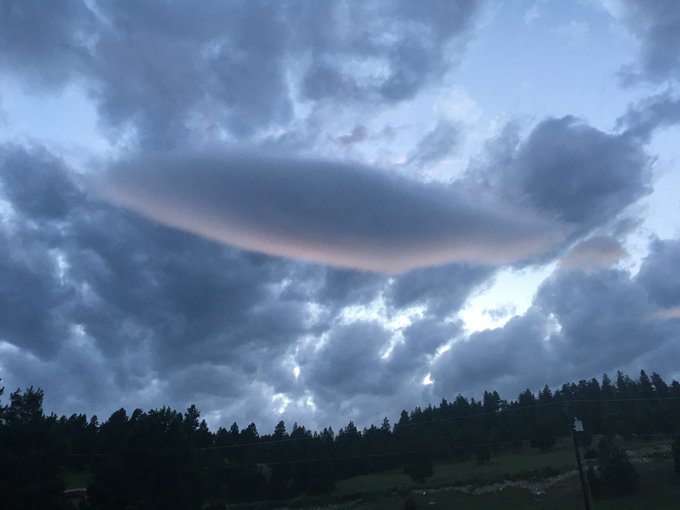