Thread by @DrDannielle: "1) continues for July 20, 2019. First a bit of story. Then more of the Torah - Parshas Balak. Numbers 22:2–25:9 Note […]" #BibleStudy #CoffeeTimeThread by @DrDannielle: "1) continues for July 20, 2019. First a bit of story. Then more of the Torah - Parshas Balak. Numbers 22:2–25:9 Notes: Pa1 - threadreaderapp.com/thread/1152571… Reference Bib…https://threadreaderapp.com/thread/1152702643187458049.html
2) Today we will get into the final confrontation between the Moabites (who started it) and the Israelites, the revenge they took, and how the resulting crimes are being corrected today.
3) But as before, before we start, a bit of backstory, and context.
4) You can see that we are in some sort of final countdown.
5) But this is how the Demonrats do it.
They fight with nerds.
6) I say "Demonrats" and not "Democrats" because most people, Democrats included, find the demonic manifestations in the Democratic party to be repulsive.
7) Most people look at Chris Hayes and Jim Comey's recent statements and
8) The real problem is not these people. The problem is rational people, who are not connected to the "swamp," who are not pro-pedophile, who can't even listen to the topic of human traffic without shuddering.
The problem is waking them up, because what Moabites do is secret.
9) Let me explain.
10) Yesterday I heard a great short talk on the Torah portion which reminded me of what we are going through with so called "normies."
11) The speaker was saying that the Moabite king was going to great lengths to get the prophet Balaam to curse the Jews - but he was doing so secretly.
12) The Jews were at tremendous risk, but most of them didn't even know what was going on.
If you try to warn people that they're in danger, but they don't see any sign of a problem, they think the problem is...you.
13) This is exactly what we're going through today.
I was talking to a woman, she said: "I"m Jewish. I think another Holocaust is coming. I'm really scared."
14) And then she said: "I just don't know how we can handle two more years with Trump."
(I had to contain myself)
15) It's actually pretty frightening how susceptible people are to mind control, aka "psychological operations" or psy-op tactics.
Remember what happened with the false accusations against Kavanaugh?
16) Not only was there zero evidence

17) But "2 men...separately & independently...contacted the Committee claiming that they believed they had an encounter with Dr. Ford around
the time of the alleged incident....consensual
encounters. "
judiciary.senate.gov/imo/media/doc/…

18) Psy-ops 101: Stir people up and when you get caught, drop it -- fast.
19) Every "normie" I know follows the news, believes what the news says, and doesn't follow up on the news if the news drops a story.
I have stated to a normie: "Did you know that Kavanaugh was absolved? Did you know that two men came forward and took responsibility?"
"NO IDEA"
20) Oct. 2018: #QAnon told us that Ford was a "hit job" against Kavanaugh, that the CIA had trained her to be an asset, that her therapy involved the therapist intentionally transplanting a memory.
No therapy notes to FBI?
No name?
Coaching?

21) September 27, 2018: Why exactly were the Demonrats so gleeful watching a victim of sexual assault testify?
Q had to tell us what to look for.
That's why Pelosi tried to block Q.

JUST ANOTHER (Seek & Destroy) DAY AT THE OFFICE FOR DEMONRATS

7,380 people are talking about this

22) Remember, the swamp is more than guilty here.
They know much more than you and I will ever know.

23) The swamp is Moab, and they're scheming behind our backs for so long we have started to see their scheming as normal.
24) And now I will tell you what the keystone is.
Well, perhaps it is one of many.
25) "Field Manual (FM) 3-05.30 is the keystone publication for Psychological
Operations (PSYOP) principles."
fas.org/irp/doddir/arm…

26) "It is directly linked to, & must be used with...FM 3-0, Operations; FM 3-13, Information Operations: Doctrine, Tactics, Techniques, & Procedures; FM 100-25, Doctrine 4 Army Special Operations Forces; & Joint Publication (JP) 3-53, Doctrine 4 Joint Psychological Operations."
27) The Swamp is Moab.
The Swamp is secretly using America's weapons against America.
28) The secret scheming is their calling card.
Their undoing is the symbols which they must display to show loyalty to the demonic realm.
The keystone is the psychological operations they play on an unsuspecting population.
And their end will be, fittingly,
29) Complete and utter destruction by the same legal tools they used to plot the overthrow of the United States.
In short, the mother of all bombs (MOAB) is not an actual bomb, but the reclamatory lawfare of the U.S. Department of @TheJusticeDept.

30) The opposite of secret psy-ops is disclosure. (The swamp will do it to themselves.)
Q drop 1794, 8/2/18)
"FISA
FISA
FISA
[20]
Public disclosure.
Impossible to defend.
ILLEGAL.
Re: MSM
'Never Interfere With an Enemy While He’s in the Process of Destroying Himself.'
Q"
31) Are you all still with me?
Moab, in the Bible, forced disclosure through an attempt to curse the Jews.
Moab, in the United States 2019, is forcing disclosure through an attempt to curse this Godly nation.
32) The only thing standing in between our current state of affairs and justice is the awareness of the people.
In the Bible, God forced a confrontation to wake the people up.
In America, the same will happen.
33) Why do I say this? How do I know it?
34) Recently I participated in a conversation with a group of random strangers.
Does not matter who, does not matter where.
Let's just call them "well-meaning Americans."
This was not at work, or for work, at all.
35) One of the random strangers made a callous but innocent remark about the phenomenon of children coming back as adults to accuse someone of hurting them.
Again, to protect identities, it does not matter who said it or what was said.
36) The point is, that in a tectonic shift from only 5 years ago, or even 3, HALF THE TABLE REACTED IN A MANNER THAT SUGGESTED HORROR.
37) Even more importantly, EVERYBODY IN THE CONVERSATION WAS KIND AND RESPECTFUL, BUT FIRM.
38) The abuse has gone on as long as people have been alive.
But it was THE SHIFT IN PUBLIC CONSCIOUSNESS, among people who are POLITICALLY NOT IN AGREEMENT WITH ME, that marked a turning point.
39) "My thing is, we cannot stop until every child is safe."
That's what I said, and unless you are a Satanic child-raping cannibal, there is no way to disagree with that.
40) To the text.
41) Num. 23:1-10
We are back to the story of Balaam the double agent.
42) He's accepted the job of cursing the Jews, but God has told him to use that job only as God tells him.
And it's not to curse the Jews.
43) So he tells the Moabite to get the ritual sacrifice ready, but then he says "I can't do it."
44) And then the prophet Balaam actually blesses the Jews, instead of cursing them.
45) Num. 23:8 - "How can I curse? God has not cursed. How can I anger? HaShem is not angry."
Num. 23:10 - "Who has counted the dust of Jacob or numbered a quarter of Israel? May my soul die the death of the upright, and may my end be like his!"
46) The Moabite king is FURIOUS.
47) Remember this?
Remember how Matt Lauer's career was terminated? 48) The scenario with Moab and Balaam keeps repeating itself, with Balaam promising to follow Moab's orders and then following God's.
Balaam blesses the Jews again, in great detail.
Num. 23:19-24

49) The Moabite takes the excuse that Balaam can only say what God tells him, so the Moabite directs him to go elsewhere (Num. 23:27) and try yet AGAIN.
50) And Balaam, deliberately this time, thwarts those orders (Num. 24:1): "When Balaam saw that it pleased the Lord to bless Israel, he did not go, as at other times, to look for omens, but set his face toward the wilderness."
51) It isn't that their witchcraft doesn't work.
It's just that it's the opposite of Godly.
It's cursed.
51) Num. 24:2-3 - the Jews are not aware of the war. But an unwilling double agent is helping them from a distance.
"And Balaam lifted up his eyes and saw Israel camping tribe by tribe. And the Spirit of God came upon him, and he took up his discourse and said"
52) Num. 24:5 "How lovely are your tents, O Jacob, your encampments, O Israel!"
and culminates with (verse 9): "
Blessed are those who bless you, and cursed are those who curse you.”

53) The Moabite king, again, is beyond anger.
But Balaam doesn't stop.
He actually curses Moab itself.
54) Numbers 24:17
"a star shall come out of Jacob, and a scepter shall rise out of Israel; it shall crush the forehead of Moab"
That eye thing in the middle of the forehead.
Crush it all.

55) Today we fast for 17 Tammuz (it's actually 18 Tammuz but we don't fast on the Sabbath).
17 Tammuz destruction.
The Golden Calf.
The Holy Torah burned.
An idol in the Temple.
The WALLS of Jerusalem BREACHED. 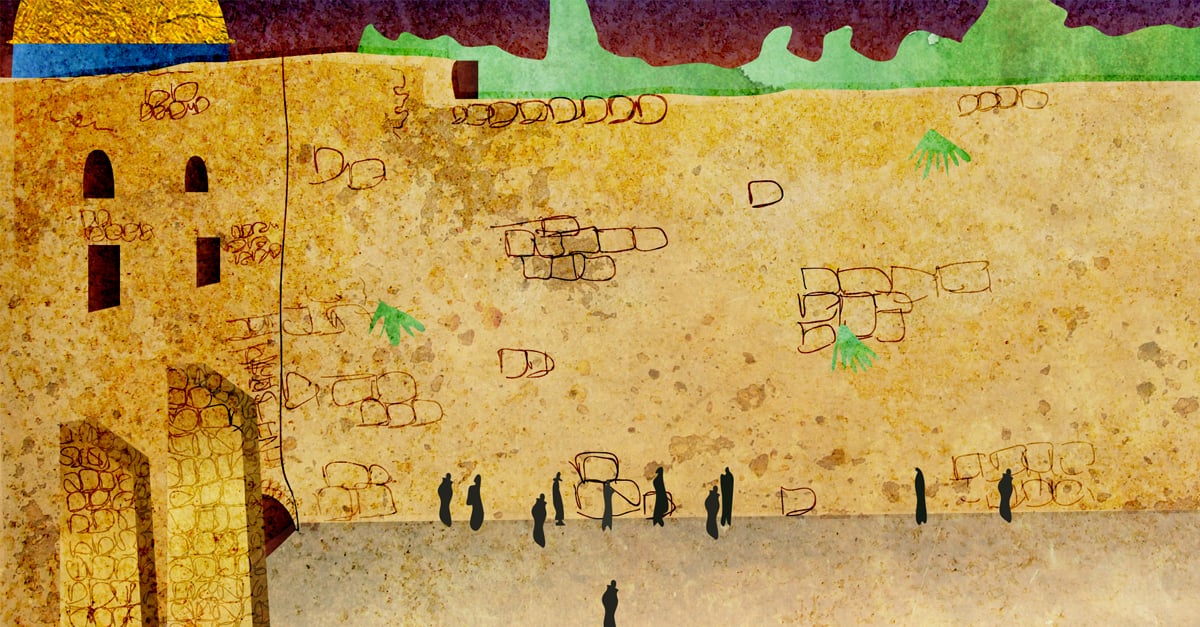 17th of Tammuz: History, Laws and Customs - Tisha B'Av and the 3 WeeksThe fast of the 17th of Tammuz commemorates five tragic events that occurred on that date. The first dates back to the times of Moses . . .https://www.chabad.org/library/article_cdo/aid/479885/jewish/The-17th-of-Tammuz.htm
56) 17. Q.
The numerical equivalent of one of God's names.
17 Tammuz.
Darkness to light.
57) You assholes can kick me off the Internet all you want.
Nothing can stop what is coming.
Nothing.
58) Numbers 25:1-3 - Moab tries another way to knock the Jews off.
Seeing that God is with them, they send sexy girls to tempt them into idol worship and child sacrifice.
And it works very well.

59) To be clear, we are talking specifically about child sacrifice, or infanticide, conducted in a ritual manner. 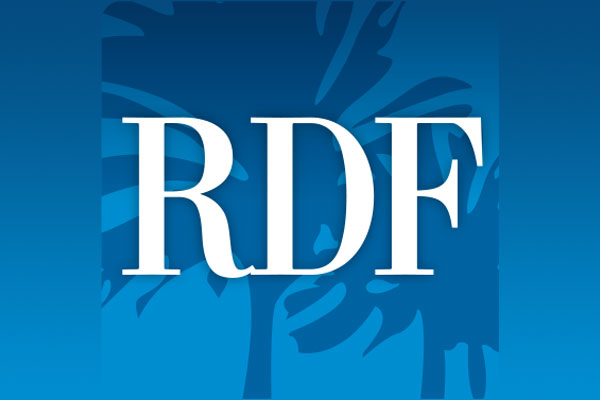 Baal, Ashtoreth and Molech – God’s Old Testament rivalsThat the Hebrew God is the best known of all gods worshiped in the world today needs no explanation. The Jews, the Christians and the Muslims, among others, all accord the ancient Hebrew God their …https://www.redlandsdailyfacts.com/2007/01/11/baal-ashtoreth-and-molech-gods-old-testament-rivals/
60) Numbers 25:3:
"And the anger of the Lord was kindled against Israel."
61) Numbers 25:4:
"And the Lord said to Moses, “Take all the chiefs of the people and hang[a] them in the sun before the Lord, that the fierce anger of the Lord may turn away from Israel.”
62) Numbers 25:5
"And Moses said to the judges of Israel, 'Each of you kill those of his men who have yoked themselves to Baal of Peor.'"
63) Numbers 25:6
"And behold, one of the people of Israel came and brought a Midianite woman to his family, in the sight of Moses and in the sight of the whole congregation of the people of Israel, while they were weeping in the entrance of the tent of meeting."
64) The Jew and the temptress were defiling the holy place with public intercourse.
65) Numbers 25:7
"When Phinehas the son of Eleazar, son of Aaron the priest, saw it, he rose and left the congregation and took a spear in his hand"
66) Numbers 25:8
"and went after the man of Israel into the chamber and pierced both of them, the man of Israel and the woman through her belly. Thus the plague on the people of Israel was stopped."
67) Numbers 25:9
"Nevertheless, those who died by the plague were twenty-four thousand."
68) This horrible time we are living through will come to an end.
Soon.
And, with God's help, quickly.
(End.)
___________
By Dr. Dannielle Blumenthal. All opinions are the author's own. Public domain.
- July 21, 2019