3) Supplemental Reading: Isaiah 6:1–13 - Prophecy of Sin, Exile, and Punishment Before The People Are Redeemed.

4) Why is this Torah reading relevant to the general public right now?Maybe Dannielle is just a Bible-thumping deplorable. (YES I AM!!!!!!!!!!!!!!!!!)
5) It's relevant because studying the Bible is always relevant. A million hidden messages and mysteries in the text that make life even more meaningful.Also, every week I find the Torah portion somehow aligns with what we're watching in the news.So let's find the message.
6) Before we start I would like to tell a story about my son-in-law.
7) My daughter and son-in-law were talking to me on the phone the way that young married couples do, meaning that they're both on the phone at the same time.Come to think of it my grandparents were the same.
8) I was venting to the kids my fury at having been betrayed by a person I knew and trusted.
9) This person, let's call them X, has been telling me how Y perceives me negatively.This of course bothered me and I asked what I could do to make things right.
10) Meanwhile, unbeknownst to me, X was actually GOING TO Y and PLANTING those perceptions in Y's head.WOW!
11) I said to my daughter and son-in-law, in my classic and well known lecturing tone:"You see? You can NEVER TRUST ANYBODY."
12) So my son-in-law, who is so soft-spoken that people underestimate him, replies:"So can I trust YOU?"
13) Mind officially blown.Do you see where I might be going with this?Of course you don't.Not yet.
14) The point is that we must always trust people CONDITIONALLY.Even those in whom we have the highest faith.Even @POTUS.
15) This is not because people are inherently "bad."This is not to imply that @POTUS is "bad."It is to say, forthrightly, that people are only people -- they are fallible -- and their intentions, plans and behaviors must always be subject to question.
16) This was the brilliance of my son-in-law's comment.He was saying, in effect: If you are criticizing her, can you sincerely stand there and say that you are perfect?Are you, or have you ever been, ever self-serving at the expense of another person?
17) He was saying: Are you always right?
18) Of course, the answer is, I am just a human being.I am not the type of person to throw people under the bus.But I am not above gossip either.No, I am not perfect.
19) So when my son-in-law said: "Can I trust YOU?"I thought in an instant of all the things that COULD happen. In life you never know. About yourself or other people.You can never trust anyone blindly.And so I said: "50-50."
20) At this my daughter started laughing nervously.
21) And so I issued a quick correction."You have to trust your family," I said. "They have the keys to your house."
22) What a disturbing conversation that was.
23) There is nothing that makes me angrier than betrayal.Except perhaps a bully.
24) Which brings us back to the Torah portion, and its special message for this week.Don't worry - I haven't forgotten.
25) The Torah tells us that God gave the Jews 10 commandments for living.But can we trust in God?Why should we listen?
26) For those who say that you should trust in God blindly, I have one response for you.

36) The immediate and obvious question we have is this:How can we trust in God, when He puts these venomous creatures into positions of power?

37) The immediate and obvious question we have is this:How many more Gestapo-like raids will we have to watch BEFORE GOD STEPS IN?

38) Because every time we raise this question, we hear that Trump has a plan.We aren't totally sure what's going on.The time is not yet right.

39) We hear that the President is sleeping with a bulletproof vest and three layers of armed guards. I believe this and I pray for the President, and his family, every single day. Silently I implore God to help them.
40) But I also believe that God sent the President to redeem us from the evil ones.And so if my doubts are aimed anywhere, they are really aimed at God.
41) If the Bible is God's word,And if God's word is to follow the Commandments,I have to trust in God completely.So what do I do when God's actions don't seem to mirror my faith?
42) I don't want to hear right now that His ways are unknowable.I don't want to hear that I should "trust the plan."
43) In fact, the Bible tells us that there are times when it is APPROPRIATE to ARGUE WITH GOD.THERE ARE TIMES WE HAVE TO STRUGGLE WITH HIM.NOW IS ONE OF THOSE TIMES.
44) Biblical precedent #1: Abraham arguing with God to save the Sodomites (Genesis 18:16-33)Save them all for the 50 righteous men, he begs.454030...all the way down to 10, when God agrees.
45) Biblical precedent #2, the Golden Calf (Exodus 32:9-14) -- in which God tells Moses He will destroy the faithless, impatient Jews and start again with Moses.And Moses says: "You can't do that, God -- because then the Egyptians will say THAT YOU ARE WEAK."

46) What is the difference between RIGHTEOUS ARGUING with God and SINFUL FAITHLESSNESS in God?
47) RIGHTEOUS arguing is when you ACCEPT God's omnipotence.SINFUL arguing is when you SUPERIMPOSE your SELF ABOVE HIM.
48) God does not get "angry" at His creations.God is God.But if you're substituting your limited, created human mind for the endless perfection of God's reasoning, you need to learn.
49) Job, Chapter 32: The prophet Elihu chastises Job for his faithlessness.

Bible Gateway passage: Job 32 - New International VersionElihu - So these three men stopped answering Job, because he was righteous in his own eyes. But Elihu son of Barakel the Buzite, of the family of Ram, became very angry with Job for justifying himsel…https://www.biblegateway.com/passage/?search=Job+32&version=MEV
50) "open sores....seven dead sons and three dead daughters. All of his wealth had vanished in one afternoon....repulsive to his wife, loathsome to his brothers, and even little children despised him as he lay on the ash heap outside of town."

How to Argue with GodDon't let your sinfulness hinder your prayers. Run into the arms of God and fill his ear with arguments that aim for His honor.https://www.desiringgod.org/messages/how-to-argue-with-god
51) "At first Job bore these calamities with amazing submission: 'The Lord gave and the Lord has taken away, blessed be the name of the Lord . . . Shall we receive good at the hand of the Lord, and shall we not receive evil?'"
52) "But as the misery drug out over the months, Job wavered in his confidence that God was for him....he said things about God that were not true. He began to insist on his own righteousness at the expense of God's justice."
53) "For example, in 13:23–24 he said, 'Make me know my transgression and my sin. Why dost thou hide thy face, and count me as thy enemy?'"
54) "I would lay my case before him and fill my mouth with arguments . . . Why are not times of judgment kept by the Almighty, and why do those who know him never see his days?" ([Job] 23:3–4; 24:1; cf. 13:23–24).
55) Let's continue on with this essay, by John Piper. It's good.
56) "Job's three friends had taken the position that the severity of Job's suffering must be the sign of some grievous sin in his life. God is punishing Job. But Job silences these three by showing that is no correlation in this world between ... wickedness and suffering."
57) "In chapters 32–37 the younger friend Elihu rebukes both Job and his three friends....Job had said rash and presumptuous things about God in order to justify himself." (EGO leads to ANGER leads to WICKEDNESS)
58) "Elihu's point of view is that Job is a righteous man, though not perfect, and that he is loved by God. God is not treating him as his enemy but as his child and friend....to purge out of Job's life a residue of pride that had lain quietly at the bottom of his life."
59) "When Job was shaken by suffering long enough, the sediment of pride was stirred up into his life and showed itself when Job tried to justify himself at God's expense."
60) In order to argue with God, you must first accept God's omnipotence.This is similar to marriage - when there is a conflict, in order to work things out, you must first be committed to the relationship.Not have one foot out the door.
61) Right here is is a lesson for us Patriots.Right here is a loyal friend, who will stick with his lifelong friend and fellow Patriot, to the very end.

62) Right here is a faithless fake.“Good news for George Herbert Walker Bush: As of today, he is no longer the biggest wimp ever to serve as President of the United States” -- Ann Coulter

63) The Jews could not receive the Torah until their faith had been tested.
64) And time and time again, we failed the test. Even AFTER receiving the Torah.Even NOW.Pew, 2018: 77% don't believe in God as described in the Bible.63% DO NOT believe that God will judge them "based on their deeds."10% total atheists. 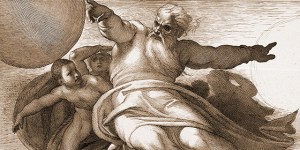 Americans' beliefs about the nature of GodVirtually all U.S. Christians say they believe in God or a higher power of some kind. Among evangelical Protestants, 91% put their faith in God “ashttp://www.pewforum.org/2018/04/25/1-beliefs-about-the-nature-of-god/
65) The faithlessness of most of the Jewish people is why God tells Isaiah that only some of us will be redeemed (supplemental reading).

Yitro Haftorah in a Nutshell - Haftarah - Parshahhttps://www.chabad.org/parshah/article_cdo/aid/472350/jewish/Haftorah-in-a-Nutshell.htm
66) Isaiah 6: He has a vision of God and the angels.

Bible Gateway passage: Isaiah 6 - New International VersionIsaiah’s Commission - In the year that King Uzziah died, I saw the Lord, high and exalted, seated on a throne; and the train of his robe filled the temple. Above him were seraphim, each with six wing…https://www.biblegateway.com/passage/?search=Isaiah+6&version=NIV

67) An angel reaches out and touches Isaiah's lips with a hot coal: "See, this has touched your lips; your guilt is taken away and your sin atoned for.”Now he is safe to hear and transmit prophecy.

69) God tells Isaiah to tell the people that they are corrupt:“‘Be ever hearing, but never understanding;be ever seeing, but never perceiving....Otherwise they might see with their eyes,hear with their ears,understand with their hearts,and turn and be healed.”

70) P. 1155, commentary on this explains that the Jews were at that time soon to come under the kingship of evil idol worshiper, Jewish king Ahaz, "who brought spiritual corruption to his people."amazon.com/Chumash-ArtScr…
71) This king was so bad that "he had even marched his own son through the fires of Moloch (p. 1156)
72) "Ahaz was one of the worst kings, but his son Hezekiah was one of the reatest, a man who purged his kingdom of idolatry and brought about an unprecedented resurgence of Torah study....'the Prince of Peace'...would lead his people to new heights. (p. 1156)
73) WE CAUSE OUR OWN SUFFERING.In the end, a portion of the Jewish people will rise back up in faith and spiritual greatness and be redeemed.

Yitro Torah Reading - ParshahIt is seven weeks after the Exodus. The nation of Israel assembles at the foot of Mount Sinai. God descends on the mountain amidst thunder, lightening, billows of smoke and the blast of the shofar, a…https://www.chabad.org/parshah/torahreading.asp?aid=2492623&jewish=Yitro-Torah-Reading.htm&p=2

76) Moses must appoint judges.For without honest judges, society cannot function.(In fact, a jurisprudential system is one of the seven Noahide commandments - incumbent upon all humanity - the basic commandments provided by God after the worldwide Flood.)

77) Moses was the greatest man in the world.But he knew when he was wrong -- and he listened.

78) And the elders tell Moses they will listen to God. Unquestioningly.But God knows this is not enough.He, personally, must appear to provide THE STATE OF THE UNION. The truth.(What did POTUS say? "They don't want to hear the truth.")

79) And there was thunder, and there was lightning, and the earth VIRTUALLY SHOOK.TRUTH IS JUSTICE.GOD'S WORD IS MASSIVE TRUTH.TRUTH = JUSTICE = MUST BE DELIVERED BEFORE EVERYONE. PUBLICLY.

80) And this is why, on that day, there were no secret maneuvers."The sound of the shofar grew increasingly stronger; Moses would speak and God would answer him with a voice."God Himself spoke.No intermediaries.No games.We need that kind of clarity....now.(End.)
___________
By Dr. Dannielle Blumenthal. All opinions are the author's own. Public domain.
- June 10, 2019