1) We will have to disavow our own relatives.It’s #BibleStudyCoffeeTime.Sunday, October 28, 2018.

2) Getting set up.
3) This week in synagogue we read the Bible portion called "Vayeira" - וַיֵּרָא - which means "and He appeared." (Genesis 18:1–22:24)This is a painting of an angel. Angels figure heavily in this story.en.wikipedia.org/wiki/Angel#/me…

4) Let's focus on the part about the angels, Abraham, and his (greedy and corrupt) nephew Lot.You may recall that Abraham handled this bad relative by saying: Let's go our separate ways.

5) Three angels come to Abraham, but they look like regular men. Abraham rushes to attend to them. This is his trademark quality - hospitality.

7) One of the angels prophesies she will give birth by next year. And she does. 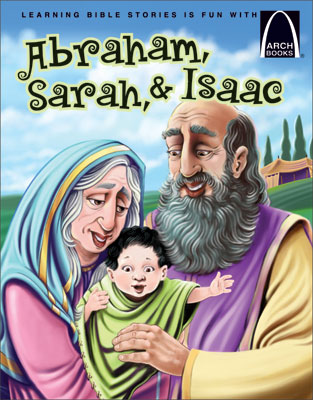 8) Sarah's child Isaac, like Hagar's child Ishmael, are born in socially legitimate ways. And they go on to sire great Nations.But Lot's daughters go the wrong way. And as we learned this week, the result is horrendous.

9) Let's review the story.
10) Angels exist to perform a Godly mission. In this case, to deliver messages.

12) Genesis 19:1 - 2 angels show up (not 3 this time), and they look like men, & Lot has learned from his uncle Abraham to show them hospitality.
13) "And the two angels came to Sodom in the evening, and Lot was sitting in the gate of Sodom, and Lot saw and arose toward them, and he prostrated himself on his face to the ground."

Vayeira Torah Reading - ParshahGod visits the sick, disguised angels eat bread and meat, Sodom is overturned, Lot gets drunk, Sarah laughs and gives birth, a truce is sworn over seven sheep and a well, and a father and son meet th…https://www.chabad.org/parshah/torahreading.asp?aid=2492488&jewish=Vayeira-Torah-Reading.htm&p=3
14) Genesis 19:2 - Lot begs them to stay at his home.And he said, "Behold now my lords, please turn to your servant's house and stay overnight and wash your feet."
15) But he isn't really that nice. The offer concludes with:"and you shall arise early and go on your way."
16) Initially they protest, but Lot wins the men over, and (Gen. 19:3) they "came into his house, and he made them a feast, and he baked unleavened cakes, and they ate."
17) But Lot, Abraham's nephew, was a wicked man.
18) At the end of the meal, the Sodomites show up. Gen. 19:4--"When they had not yet retired, and the people of the city, the people of Sodom, surrounded the house, both young and old, the entire populace from every end[of the city]."
19) The Sodomites call out to Lot. They want to gang-rape his male guests. (Gen. 19:5)"And they called to Lot and said to him, 'Where are the men who came to you tonight? Bring them out to us, and let us be intimate with them.'"
20) Lot, an evil man, responds with evil, twisted words.

21) Gen. 19:7-8--"My brethren, please do not do evil. Behold now I have two daughters who were not intimate with a man. I will bring them out to you, and do to them as you see fit; only to these men do nothing, because they have come under the shadow of my roof."HUH???
22) This is the way of bad people.They make you an offer - and then they put all sorts of restrictions on it.They say NOT to do evil, and then URGE evil. All in the same breath.
23) This is a test. Sorry folks.
24) Ok good, it's working again. Thread continues from here.
25) In any case, the Sodomites press forward. They are going to rape Lot's guests.

26) (It is interesting, as a commentary, that Lot insists on protecting his guests even as he throws his daughters to the wolves. This is the evil of religious fundamentalism. Where you adhere to the letter of the law, e.g. focus on hospitality, & completely forget the basics.)
27) Before they try to break down the door, the evil Sodomites actually judge Lot to be deficient in morals.THIS IS EXACTLY WHAT WE ARE DEALING WITH TODAY WITH THE PSEUDO-MORALITY OF "FAKE NEWS"!!!

30) We learn from this that the evil deeds men do are always preceded by evil words.Or in the lexicon of pedophilia: grooming.
31) And it actually works: At this point the evil Lot is overcome.
32) Because Lot was overcome, the angels stepped in. Genesis 19:10--"And the men stretched forth their hands, and they brought Lot to them to the house, and they shut the door."You see, God is always there, and He always has the power.
33) The angels strike the Sodomites with blindness to stop them. Gen. 19:11--"And the men who were at the entrance of the house they struck with blindness, both small and great, and they toiled in vain to find the entrance."
34) Why does the verse say the blindness struck "both small and great?"The Bible doesn't waste words.God punishes deliberately."The young ones started to sin first...therefore, the punishment began with them." - Gen. Rabbah 50:8
35) Lot is a wicked man, but the angels have a job to do.Gen. 19:12-- "And the men said to Lot, 'Whom else do you have here? A son-in-law, your sons, and your daughters, and whomever you have in the city, take out of the place.'"
36) The angels' obedience to God is something to emulate in and of itself. In the movie "Hunter Killer," the Navy has to help save a Russian president that America does not like, because sometimes you must take orders that you do not understand.
Hunter Killer (2018) - IMDbDirected by Donovan Marsh. With Gerard Butler, Gary Oldman, Common, Linda Cardellini. An untested American submarine captain teams with U.S. Navy Seals to rescue the Russian president, who has been …https://www.imdb.com/title/tt1846589/
37) The angels try to save Lot through truth, like #QAnon told us the truth. Gen. 19:13--"We are destroying this place, because their cry has become great before the Lord, and the Lord has sent us to destroy it."
38) In that verse, "their cry" refers to the cry of the victims of the Sodomites.God avenges the blood of the victims.Always.

Genesis 19:13 "the cry of them" צַעֲקָתָם?In Genesis 18:20 and 19:13 the reason is given for the destruction of Sodom and Gomorrah: (Westminster Leningrad Codex interlinear with vowels) And the LORD said, Because the cry of Sodom and…https://hermeneutics.stackexchange.com/questions/31399/genesis-1913-the-cry-of-them-%D7%A6%D6%B7%D7%A2%D6%B2%D7%A7%D6%B8%D7%AA%D6%B8%D7%9D
39) Lot was evil, but capable of listening. His sons-in-law were not.Even when they heard the truth, they were snotty and caustic.
40) I don't need to give you examples of people today being snotty and caustic in the face of the truth.
41) Genesis 19:14--"So Lot went forth and spoke to his sons-in-law, the suitors of his daughters, and he said, 'Arise, go forth from this place, for the Lord is destroying the city,' but he seemed like a comedian in the eyes of his sons-in-law."
42) The angels tell Lot to get his girls and go. Gen. 19:15--"And as the dawn rose, the angels pressed Lot, saying, "Get up, take your wife and your two daughters who are here, lest you perish because of the iniquity of the city.""
43) The verse uses the same word 4 the angels as for the Sodomites: "pressed." And they "pressed" Lot, meaning that they "rushed" him.Bad people often try to rush you into a decision. This is why a rescue must often be "rushed." You cannot give the victim time to fall back.

44) But Lot did "tarry," he didn't want to leave his beloved Sodom. So the angels had to take him BY THE HAND.Gen. 19:16--"and the men took hold of his hand & his wife's hand, & the hand of his two daughters."
45) They didn't WANT to save this evil man. But God had MERCY."out of the Lord's pity for him."
46) Gen. 19:17--the angels warn him to run and NOT LOOK BACK. "Flee for your life, do not look behind you, and do not stand in the entire plain. Flee to the mountain, lest you perish."
47) Why shouldn't he look back? "You dealt wickedly together with them, but in Abraham’s merit you are saved. You do not deserve to see their punishment while you are being saved. — [from obscure midrashic source]"

Vayeira Torah Reading - ParshahGod visits the sick, disguised angels eat bread and meat, Sodom is overturned, Lot gets drunk, Sarah laughs and gives birth, a truce is sworn over seven sheep and a well, and a father and son meet th…https://www.chabad.org/parshah/torahreading.asp?aid=2492488&jewish=Vayeira-Torah-Reading.htm&p=3#showrashi=true
48) God destroys the place totally. Gen. 19:24--"And the Lord caused to rain down upon Sodom and Gomorrah brimstone and fire, from the Lord, from heaven."

49) The wife turns around & as we know is turned into "a pillar of salt."She was punished measure for measure: "He said to her, “Give a little salt to these guests.” She replied,“Also this evil custom [of hospitality] you wish to introduce into this place?” [Gen. Rabbah 50:4]
50) Lot ends up with nothing, alone in a cave, with his 2 daughters.

51) The older one talks the younger one into getting pregnant by their father. "And the elder said to the younger, 'Our father is old, and there is no man on earth to come upon us, as is the custom of all the earth.'"
52) As always with evil people, the concern is not GENEROUS, but rather SELFISH. -->to get US pregnant.

53) The reasoning is also typical of evil people. Everybody else has it, and so should we."as is the custom of all the earth"

54) Guess who their children ended up to be?
55) Genesis 19:37-38"And the elder bore a son, and she named him Moab; he is the father of Moab until this day.""And the younger, she too bore a son, and she named him Ben-ami; he is the father of the children of Ammon until this day.
56) Ammon and Moab, the cousins of the Jewish people, became our worst enemies. Yet at the same time they are our family, and God told us to refrain from attacking them.Moreover -- and this is shocking --

World of the Sages: Our cousins Ammon and MoabOur sages enumerate eight places where a blessing should be recited in recognition of a miracle that occurred at that site.https://www.jpost.com/Jewish-World/Judaism/World-of-the-Sages-Our-cousins-Ammon-and-Moab
57) The warrior King David — progenitor of the Messiah — is descended from Ruth, the Moabite convert.

58) I have found through Geni that I am related - distantly, through marriage, to some of the great Sages.

59) I am also related - distantly, through marriage, to the Rothschilds. (Just learned this.)