2) We’re picking up here on the theme of non-consent. Do not commit evil in my name. Just say No.

3) #SundayMorning Bible studies for me correlate to the Torah reading of the prior week, which means we will be looking at Deuteronomy 31:1 - 31:30, Parashat Vayeilech / פרשת וילךThe supplemental (Haftarah): Isaiah 55:6 - 56:8hebcal.com/sedrot/vayeile…
4) We're gonna throw some stuff in from "Homeland" season 7, episode 2 and "Britannia" season 1 (not sure which episode at the moment) -- all centering on this theme of consent as en.wikipedia.org/wiki/Rebel_Reb…pen.wikipedia.org/wiki/Britannia…ps://t.co/PGvHiEIp3j
5) The reason we begin with Bible study is not just that it's good to study Bible, but also that the Torah portion has a lesson for current events. So we connect them.
6) We note that pedophiles, before they attack a child, engage in a lengthy process of "grooming" -- which is essentially their way of obtaining what they want to see as "consent."
7) We note that people who administer drugs to other people are altering their ability to think, and thus subtracting their ability to truly consent--instead substituting a chemically-induced version.
8) We note that the entire phenomenon of fake news, which is a method of inciting sedition against a sitting president, has to do with generating a false version of "consent" to make an excuse to remove him.
9) Consent is *that* important.
10) In this Torah portion ("parsha") -- Parshat Vayeilech -- we see the Biblical anticipation of the sick society, the realization that one day the Jews would be smothered in evil, and as such would consent to sick things.
11) Of course, how do you get good people to consent to bad things? To become sick in the head -- not just individually but on a societal, even global scale?You corrupt what they see and hear.
12) If the media is one arm of the fake news, the entertainment industry (Hollywood and other elements) equals the other arm. The job of the latter is to give us idols to worship -- celebrities whose every breath becomes a moral imperative. Crazy!
13) Magazines show us the icons we're supposed to worship. Hollywood shows, like Homeland and Britannia, give us partial truths, but reversed in a way that can only be called brainwashing.The Bible anticipated all of this.
14) In this week's portion, the Jews are commanded to gather every 7 years to hear the Torah from the king. They had to hear God's word.Why?Because corruption is the natural way of things. Moses would die, and eventually the Jews would turn wicked.
15) The way to bring a wicked person back is to recognize they're covered in sickness.Sickness brought upon by exposure to mind-controlling evil.You treat them like someone captured by a cult.
16) We don't use words like "mind control" in casual conversation, but the practice is used all the time, particularly in what sociologists call "total institutions." A "total institution" is a place where you get the same message all the time.That's cult behavior.
17) To recruit new members, the cult "love-bombs" them into joining. They fulfill some basic need, like food and shelter as well. They get them to an isolated place. And introduce them, through repetitive messaging, to a world view that shatters their previous moral system.
18) Sociologists have found that it takes two days to break a normal person of their past life entirely. Two days in jail and you're as much of an inmate in your thinking as the others.
19) The Jews in ancient times were specifically chosen by God NOT to worship the forces of nature, as encapsulated in idols -- NOT to sacrifice their children to Ba'al/Moloch, NOT to participate in massive orgies.But the temptation! They were SURROUNDED!
20) In the Bible, awful human behavior is simply a given, because it's how people are (unfortunately). In this Torah portion the Jews are told -- you WILL turn away, you WILL be punished, and God WILL bring you back.
21) Deut. 31:16: "And the LORD said unto Moses: 'Behold, thou art about to sleep with thy fathers; &amp; this people will rise up, &amp; go astray after the foreign gods of the land, whither they go to be among them, &amp; will forsake Me, and break My covenant which I have made with them."
22) When the teacher is gone, when the ones who know you and can speak truth to you are gone, you are totally susceptible. Note this verse is 31:16, the reverse of 613, because your thinking is easily reversed by the cunning words of the evil, who mix lies with truth.
23) This is the concept of "make yourself a teacher," as the rabbis tell us to do -- don't just trust your own judgment all the time. Find an objective

Crossing The Narrow Bridge, Ethics Of The Fathers 1:6What are friends and rabbis for?http://www.aish.com/sp/pg/48891922.html
cL7sB3xA6O
24) In American culture, particularly since the 1960s, total institutions have dislodged Biblical moral authorities:1. Divorce, shattered homes, foster care2. Public school/college system "morality"3. Campus life promiscuity4. The overarching ethic: "Just be happy"
25) When you're in the "land of milk and honey," you don't see how evil creeps up slowly. But God sees it:
26) Deut. 31:20: "For when I shall have brought them into the land which I swore unto their fathers, flowing with milk and honey; and they shall have eaten their fill, and waxen fat; and turned unto other gods, and served them, and despised Me, and broken My covenant"
27) Deut. 31:21: "then it shall come to pass, when many evils and troubles are come upon them, that this song shall testify before them as a witness...for I know their imagination how they do even now, before I have brought them into the land which I swore."
28) Imagine that Moses TAUGHT THIS to the Jews &amp; it's IN THE BIBLE, that they will sin -- and STILL THEY DID IT. "So Moses wrote this song the same day, and taught it the children of Israel."
29) This is the power of corrosive cult thinking, exercised through mind control tactics, which include the "total institution" of popular culture -- Media + Hollywood.
30) Let me get something.
31) This week is the holiest Jewish day of the year, Yom Kippur. We beg God to forgive us and to spare us this New Year. Our ritual used to include goat sacrifice ("scapegoa 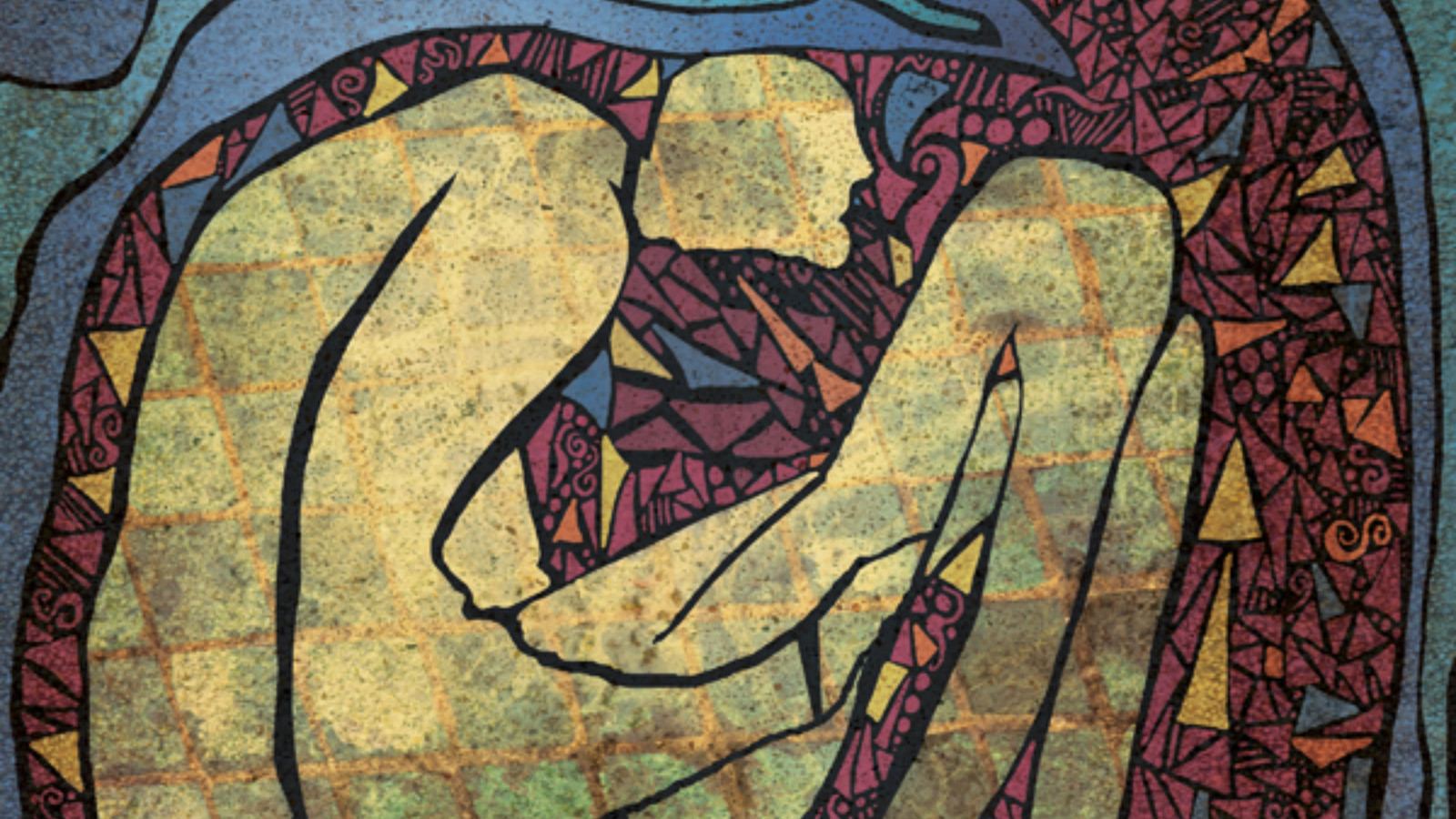 Leviticus 16:1-34: The Scapegoat Ritual | My Jewish LearningYom Kippur Morning Torah Reading. Yom Kippur Services. Yom Kippur in the Community.https://www.myjewishlearning.com/article/leviticus-161-34-the-scapegoat-ritual/
edhzA4fMUO
32) But most of us know about goats and sacrifice in the context of devil worship. 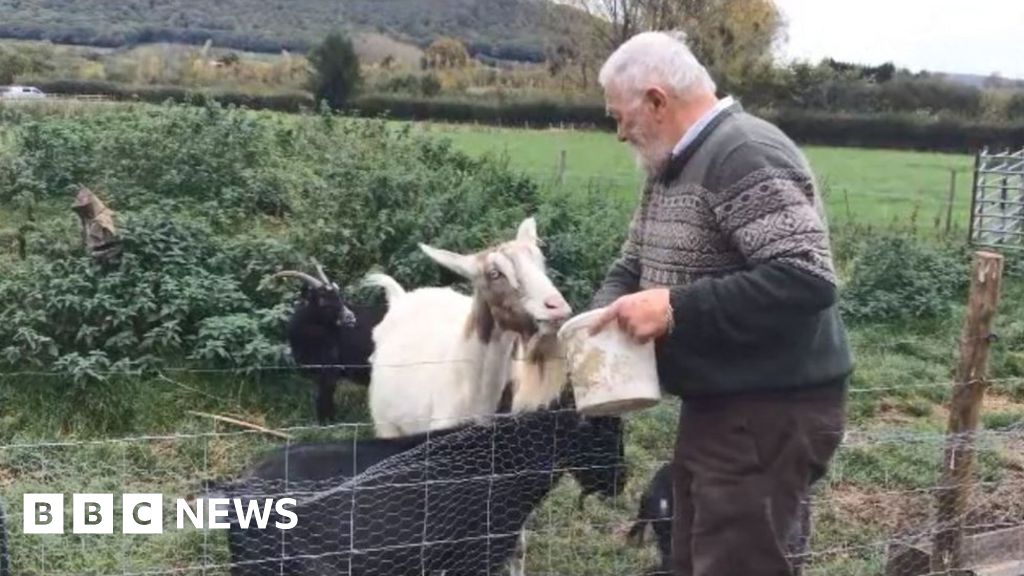 34) Evil is only a bastardized version of holiness.
35) This article is the Jewish view on demons; worth reading in full.The relevant point when it comes to consent is this: Evil = mind control as demons "trouble men's minds (Saul; I Sam. 16:15, 23) &amp; deceive them (I Kings 22:jewishvirtuallibrary.org/demons-and-dem….co/U2YfQEuk3m
36) God knows that the power of deceit is so strong. A memory.
37) When I first got married, and I would get mad at my husband, I would get *so mad* that the term "madness" would apply to my brain: you couldn't even talk to me.
38) And my husband would say: "Come back."As if to say: "Wake up from whatever dream you're dreaming, that isn't really real."
39) In the same way, God speaks to the people in the supplemental reading. From Isaiah 55:7--
40) "Let the wicked give up his ways, The sinful man his plans; Let him turn back to the LORD, And He will pardon him; To our God, For he freely forgives."
41) We learn that God forgives us even if we have an inkling of repentance. Even just that slight turn toward Him, that realization that we need to "come back" from the stupor that led us to go astray.And now to Britannia, and Homeland, and mind control.
42) In Britannia, which you can see on Amazon Prime Video (warning: this may be a triggering show), the druid Veran sucks the soul out of the Roman soldier, and turns him into a mind-controlled slave. This is how he does it.
43) Veran to soldier, "Which god do you serve?"Soldier: "I serve the Roman gods."Veran: "Where are you from?"Solder: (names country of origin)Veran: "Which god do you serve"Soldier: (admits -- the god of this country)Veran: "renounce THAT god and give your soul to me."
44) Veran does this AFTER kidnapping the soldier - so he "consents," but under major, major duress.Doesn't matter. He's a zombie then.He looks powerful when doing his job.Head ends up on a stick.
45) You see, for the bad people, it doesn't matter HOW they get you to agree to go along with them. Just that you agree. So Bill Maher says to Russell Brand, "You agree with me, right?"It sounds so innocent. But what a loaded sentence.
46) In Homeland, the mind control takes an altogether different form, and it's even more effective.
47) What you get (season 7, episode 2) is that Carrie -- the brilliant CIA agent who is absolutely on target -- is treated by her sister and her psychiatrist like she is crazy and off her meds.
48) The psychiatrist says to her, in this way that anyone who's ever been gaslighted can appreciate: "And what is your goal?" (or something like that)Carrie says: "To save my country."Psychiatrist: "And how do you think you sound to me?"
49) This show is such an exercise in mindf___ing, because even as we know that Carrie is 100% normal, we are told that people who identify as Patriots (e.g. Trump followers) are prone to violence, dumb and backward and crazy, and vulnerable. It is an unbelievable attack.
50) And the thing is, it is a very well-researched attack, so you've been undermined (if you're #MAGA), b4 you even open your mouth.We are indeed surrounded by evil. I DO NOT CONSENT.Thank you @POTUS @realDonaldTrump &amp; family 4 your sacrifice!#WWG1WGA#QANON#MAGA(end)
___________
By Dr. Dannielle Blumenthal. All opinions are the author's own. Public domain.
- June 10, 2019