1) There is only God.ANY and ALL attempts at “Egypt” [witchcraft, sorcery, magick, spells, drumming, occult rituals and hive chanting and channeling] are useless against His supreme power.It’s #BibleStudyCoffeeTime.Sunday, December 23, 2018.

Vayechi in a Nutshell - Texts & Summaries - ParshahJacob blesses each of his sons before his passing. He is buried in the Cave of Machpelah in the Holy Land. Joseph dies at age 110, and asks his descendants to bury his remains in the Holy Land. This …https://www.chabad.org/parshah/article_cdo/aid/3228/jewish/Vayechi-in-a-Nutshell.htm

3) The patriarch Jacob (renamed Israel) is about to pass away. He has lived 17 years in occult, unholy Egypt and is blessing his children before he passes.Each child separately, for their destiny.He wants to tell them how it all ends. But God says no.
4) The number 17 (Q in the English alphabet) is in the first verse of the portion, Gen. 47:28.What is significant about this number?

10) Demons only operate in the realm of NATURE. 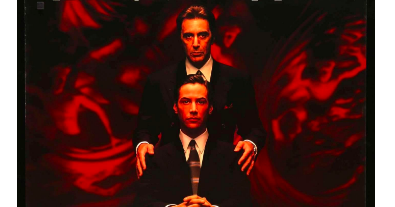 Transcript: Testimony of John Ramirez, Redeemed SatanistDannielle Blumenthal's blog. Musings on marketing, organizational development, memories, and life.http://www.dannielleblumenthal.com/2018/06/transcript-testimony-of-john-ramirez.html
11) John Ramirez was a Satanist who wanted to kill a devout Christian woman just to prove that the devil was stronger than God.

12) But the Devil would not let him do it. "The God we serve said to leave her alone."

13) Yet Ramirez did have power. He had material wealth. He had women.People were afraid of him.

14) The source of that power was pretty simple.The people he targeted did not believe.Their faith was only superficial.As such, God relinquished them to the spells he cast.

15) In "The Wizard of Oz," what power does the witch actually have over Dorothy?
16) None.

17) The witch's power is an ILLUSION.It existed only in Dorothy's MIND.All she had to do was CONNECT WITH HOME.GOD IS HOME.

19) Red represents blood. It is terror.The life of a man - "his lifeblood."Adenochrome abuse is about inflicting terror on a child, then drinking their blood while it is infused with the chemicals of their terror.
20) What is an egregore?It is the collective consciousness formed by evil people which is meant to serve as a substitute for God.The egregore only works if you don't believe in God.

21) Jacob lived in Egypt for 17 years.17 is Y H V H. Y H V H is God.Jacob was a man of God.God is Supreme.The Egyptians feared Jacob and the Jews.They had no power over the Jews, when they had faith in God.
22) Ramirez gave his life to Satan and as such Satan had power over him.He tried to walk away from Satan and his eyesight was removed as punishment.

23) But one day, God intervened and sent an angel to bring Ramirez home.

24) Ramirez perceived this as a direct meeting with Jesus:"Jesus took me to hell. And when I arrived in hell, the doors are open. The doors are open is with an indescribable echo and the heat came out of nowhere."
25) All the people who served the Devil, landed in Hell.Ramirez had arrived at their final destination.He could not stand the stench.He heard "the kind of scream that is indescribable."Indescribable PAIN.

26) Ramirez had not even left Hell when the Devil appeared to attack, confuse, intimidate and dissuade him.Because the Devil already knew Ramirez would "betray" him.

27) To an abuser, any assertion of health by the victim is an act of "betrayal."Ramirez was scared of Satan who had functioned as his father and he said, in "demonic language" (their code): "No, I will not leave you, I'm just confused I do not know what's going on!"
28) God is TRUTH and the devil is FALSE.And so the devil said to Ramirez - you will tell everyone else that I am false, you know my secrets, and I cannot have it.(Because human free will is removed when truth becomes obvious and this disrupts God's plan.)

29) The devil leapt at Ramirez and a cross appeared.Ramirez defended himself by simply touching the devil with it."I then put it on him and when I put it on him he collapsed like a child."

30) But the devil still pursued him, because Ramirez was still looking to the Devil's own tools for a defense - not to God.
31) "I answer in demonic language: "I have these marks, these contracts that protect me and I will destroy you."He said: "You fool, I gave you these brands, with brands I have you. I have you! No one possesses you if not me! And you're going to live or die for me!"

32) Ramirez had given up: "I thought, it's over."But then again: "the cross of Jesus Christ appeared to me in hell. There is no greater love than the cross that appears for a sinner like me in hell."
33) The hell was in RAMIREZ' OWN MIND.and it manifested IN HIS CHOICES.God wanted him to save other people.And so God came to save Ramirez.
34) "Grace and mercy have appeared in hell, grace and mercy knew my address, grace and mercy had a plan for my life. With my unspeakable ways of living, evil, selfish and arrogant I was in hell."
35) Jacob was in Egypt for 17 years.Jacob defied the Devilish ways of the Egyptians.But where they respected the Jews at 1st, eventually the Egyptians tried to break them.Jacob knows the children will be freed eventually.But first they have to survive a long stay in Hell.
36) And part of that stay in Hell will be the evil behavior of the people themselves.As they sink further and further into the pit that envelops them.(Recall, brother Joseph was saved from a physical pit and thrown into a spiritual one, Egypt.)
37) The end was written in the beginning (as it was written before the happenings in our country, now; quite literally, there is a plan being enacted before our eyes AS IF it were spontaneous; it's not)...but the people are lost in the physical...in naturesome lose faith.
38) We know this because Moses acts with valor to kill an Egyptian who has smitten one of his brothers.Later on, he sees two Jews fighting and one asks, snarkily: "Oh, what are you going to do, kill me like you killed the other guy?"It is a threat and Moses has to flee.
39) It was my Christian friend Teresa who taught me the meaning of faith in 2016.I said "Trump's gonna lose! He's gonna lose! They're too powerful!"Teresa said: "No."
40) It was my Muslim colleague Hasan who taught me a lot about Islam, including how Muslims view the Jews, and this part always stuck with me:"God fearing people never have a problem with one another.""The problem is when Jews abandon their religion."
41) Why do you think Hollywood has spent so much time trying to tell you that God is worthless, that faith is stupid, that all that matters is what you want, looking good, and "loving" your family and friends?What do they care? Money is money.
42) Why, in "National Lampoon's Christmas Vacation," do they turn a Christmas tree into black soot, make sure that Grandma turns Grace into the Pledge of Allegiance, and talk about burning the turkey so that "all that is left is the heart?"

43) Why, in this movie, do the producers glorify shopping, glorify sexual harassment of women selling stuff at the mall, portray the brother and the sister sleeping together in the same bed with incestuous overtones, have Clark turned on by the neighbor and a 6 yo girl appears?
44) Because America is a holy nation, founded on Christian values. And so to destroy the blessings this Nation has, the devil must destroy its Christianity.
45) As for Islam, another holy religion that traces its roots to Abraham our father, the evil ones have bastardized it, corrupted many of its leaders and exploited so many of its adherents. The way of Islam is peace through strength and loyalty.
46) This Bible portion is about the beginning of slavery. It exists only in the mind.And so you must prepare your child -- each child in his or her own way -- to relinquish their ego and take up the fight against evil.
47) Last thing.
48) On his deathbed, Jacob condemns the rage of Simeon and Levi.For their rage in avenging the rape of Dinah, they will be landless -- dispersed among the Jews.I asked the rabbi about this statement.
49) "Simeon and Levi did the right thing, didn't they?""Yes," he said. "But it was the anger."You have to do justice without anger.Those who serve anger are akin to those serving idols.
50) Our President is a very stable genius.He is backed by many very stable & loyal Patriots.We serve God, & we will take our country back.Without anger.With love.God bless you.God bless the President of the United States and his wonderful family.God bless America.(End.)
___________
By Dr. Dannielle Blumenthal. All opinions are the author's own. Public domain.
- June 10, 2019