2) If you read the Bible portion each week, you will see that it parallels or foretells current events pretty closely.
This week is no exception, and while the Bible is pretty amazing, this is even more amazing than usual.
3) For those who want to refer to the text*:
Main reading: Exodus 1:1 - 6:1
Supplemental: Isaiah 27:6 - 28:13; Isaiah 29:22-23
amazon.com/Chumash-ArtScr…

4) Bottom line up front (then we'll get into details), the story tells how Moses was chosen to deliver the Jews from slavery. Moses tells Pharoah in advance what is going to happen, Pharoah scoffs; God tells Moses to watch what happens.
Recall this ad.

5) Parallel: Moses had a significant disability. He literally had trouble speaking. And when he spoke, he was argumentative with God at times.
Many have said that @POTUS "has difficulty speaking" to people in a certain sense. They feel he is rough, rude, argumentative, etc.
6) Parallel: Moses is CHOSEN. He does not want to lead. He even argues with God that he is not the right one for the job.
Similarly, @POTUS was CHOSEN by the members of our military who saw that our Nation was being turned into slaves, by Hillary and Obama, traitors.
7) This plan has been leaked and nobody has proven it a fake. medium.com/@DrDannielle/d… @EllaaaCruzzz
8) November 1, 2016: Fmr @StateDept official @StevePieczenik publishes this video. Summary: "Hillary & Bill Clinton r attempting a takeover of the US & will stop at nothing. A coup d'état."

9) The "Joel Benenson strategy" (D consultant), EVEN IF FAKE, lists 6 strategies partly used (IRL or MSM story)
-- bombard border w migrants
-- radiological attack
-- sickness
-- raging Black people
-- raging Muslims
Recommended:
-- alien invasion
i-uvsweden.com/uploads/1/8/6/…
10) "Peppermint" (2018) shows how helpless the average citizen is when everyone from the police to the judges has been bought or blackmailed by the southern drug cartels. amazon.com/Peppermint-Jen…

11) Another parallel:
The Jews did not start out as slaves. Pharoah feared that they were growing too strong, and he tricked them into slavery - calling it "patriotism". (Exodus 1:9-11)
Modern-day Americans -- same script.

12) "At first, grateful for everything their host country had done for them, the Israelites agreed to join a national building project which included both Egyptian and Israelite volunteer workers. Descent into Slavery - The Israel BibleOur portion opens with the descent of Jacob’s family into Egypt. As mentioned in the Israel Bible, the text identifies the heads of families who traveled with Jacob in a list almost identical to that…https://theisraelbible.com/reading-plan/exodus/shemot/descent-into-slavery/#3dkuS8FSheVwIpvV.99
13) "Over time, the Egyptians stopped participating in the efforts, but the Israelites remained until what had started as a voluntary project became mandatory."
14) What is the "Green New Deal?"
Same trick. 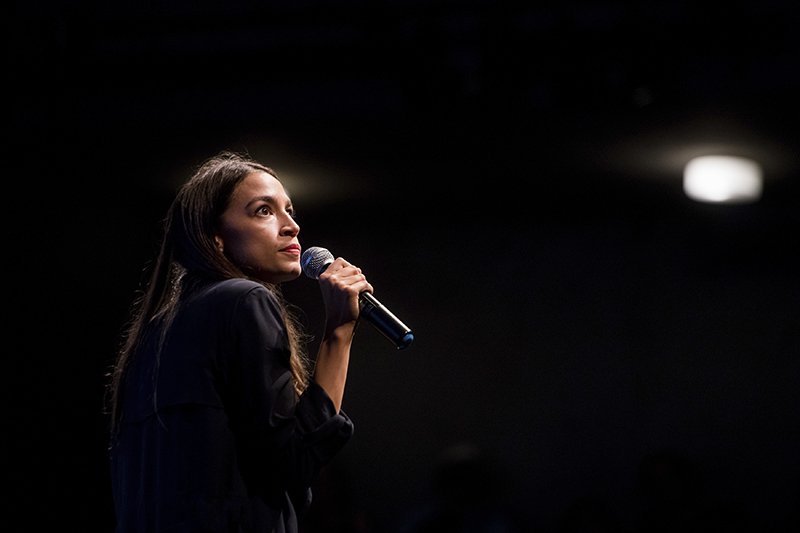 16) "Beware the useful idiots."
Those who bring you the trojan horse.
Those who want to open the package.

17) Just like Moses, @POTUS @realDonaldTrump told Pharoah (Hillary Clinton) what he was going to do and why. In advance.
And as we will soon see, just like in Egypt, many Americans "resisted."
Like many domestic violence victims, they couldn't cope with the reality.
18) In the summer of 2016, we saw this video, "The Snake," which was terribly misunderstood.
It SEEMED to be about illegal immigration.
It was ACTUALLY about the infiltration of our Nation by traitors, including HRC/BHO/Brennan.

19) @POTUS recited it over and over again, and he said "think of it in terms of immigration."
Because the cold hard truth was too much.
He had to make it seem like the enemy was EXTERNAL. 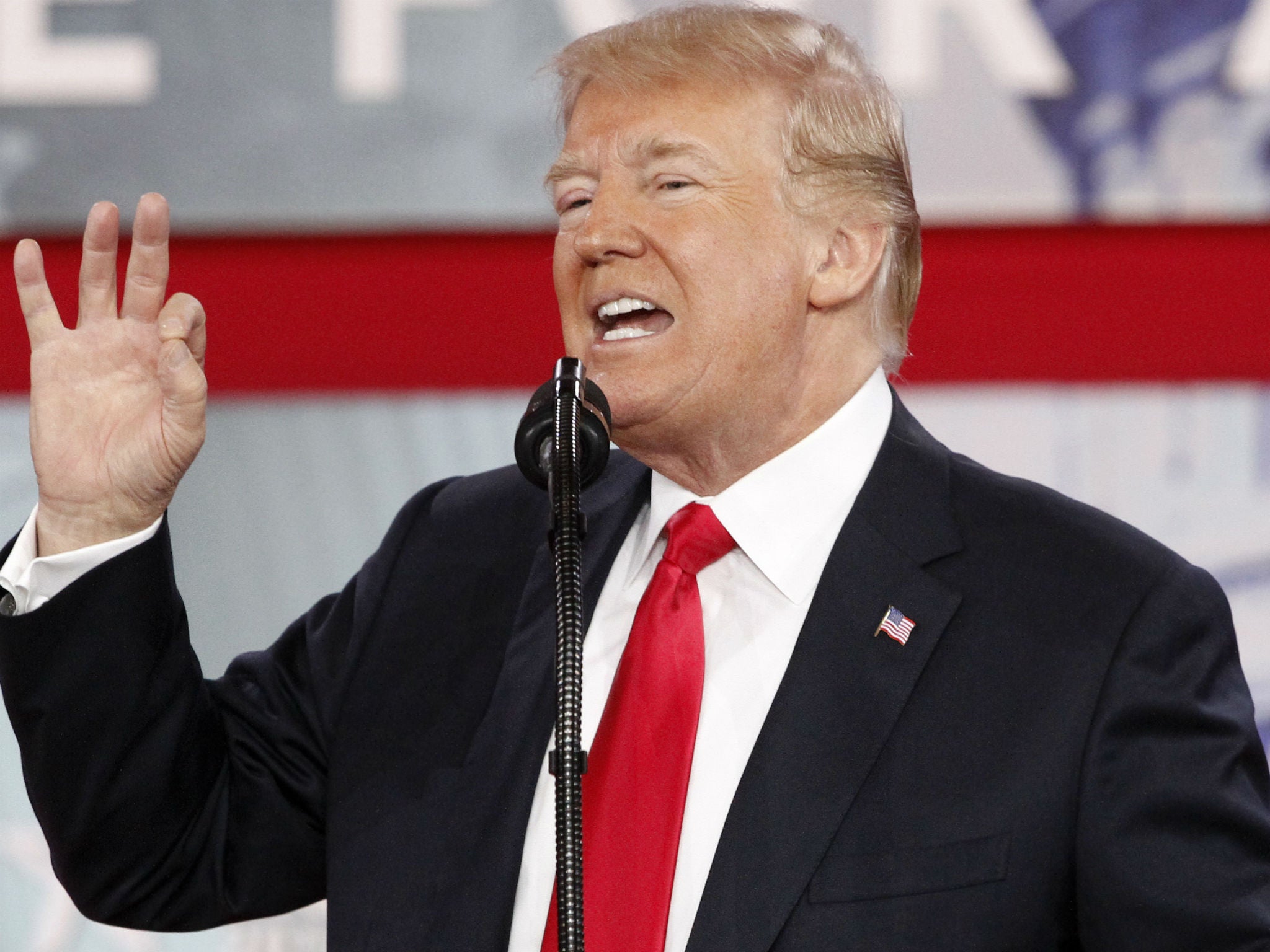 This is what Trump's Snake poem means and why he read it in fullPresident Donald Trump has dipped into his greatest hits during a speech at a conservative CPAC forum, reciting song lyrics that were a recurring feature of his campaign trail repertoire. Entitled “t…https://www.independent.co.uk/news/world/americas/us-politics/the-snake-read-in-full-trump-poem-cpac-anti-immigration-verses-mexican-border-a8225686.html
20) The REAL premise of Trump's campaign was the text of the Argument for America ad.
newrepublic.com/political-ad-d…

21) In 2016, America was like a terrified wife, one who's been beaten silly her entire life and told "that's just the way things are."

22) Recruited by the military, Trump departed from his life of luxury to plead with the woman to save herself. WITH HIS HELP.
"Our movement is about replacing a failed and corrupt political establishment with a new government controlled by you, the American people."

23) Trump literally had to tell us. We just didn't know.
"The establishment has trillions of $ at stake in this election. 4 those who control the levers of power in Washington & for the global special interests, they partner with these people that don't have your good in mind."
24) How did @POTUS @realDonaldTrump know all this?
Because the @NSAGov has all communications accessible.
Even the deleted ones.
What is the NSA's mission?

25) "The US today faces very real, very grave national security threats....nat'l leaders, military leaders, policy makers & law enforcement personnel must understand who our adversaries r, where they r, & what their capabilities, plans & intentions r." nsa.gov/what-we-do/und…
26) How did Donald Trump know all the stuff he was saying?
Who was he meeting with prior to the election?
How do you define the term "Patriot?"

28) The cover story:
"Why Did Team Obama Try to Take Down Its NSA Chief?" (the giveaway confession)
"Adm. Michael Rogers’s bosses wanted him to go harder on ISIS. His employees wanted him to take it easier. And that was before the meeting with Trump."

Why Did Team Obama Try to Take Down Its NSA Chief?Adm. Michael Rogers’s bosses wanted him to go harder on ISIS. His employees wanted him to take it easier. And that was before the meeting with Trump.https://www.thedailybeast.com/why-did-team-obama-try-to-take-down-its-nsa-chief
29) Trump told us, & THEM (just as Moses told Pharoah): He KNEW.
"The political establishment, that is trying to stop us, is the same group responsible 4 our disastrous trade deals, massive illegal immigration, & economic & foreign policies that have bled our country dry."

30) "Bled our country dry" - what an interesting way to put it.
Some people take the blood intentionally.

31) "The political establishment has brought about the destruction of our factories and our jobs as they flee to Mexico, China, and other countries all around the world."
Mexico and China are mentioned specifically.
32) What deals were bad people striking with Mexico to enrich themselves?
How about with China?
33) "It's a global power structure that is responsible for the economic decisions that have robbed our working class, stripped our country of its wealth, and put that money into the pockets of a handful of large corporations and political entities."
Globalism. Who wins?
34) If you don't believe Trump, would you believe Russell Brand?
An academic scholar?
"a handful of rich countries have been able to control $ policies in the rest of the world....the radical revolution required to stop the global inequality machine.

35) The truth is that the @BernieSanders "America" ad is EXACTLY the same message as we're getting from @realDonaldTrump, and @rustyrockets.
A few are winning and most are losing when corrupt elites rule.

36) The only difference betw Trump & everybody else is he EXPLICITLY calls out corruption as the problem.
What an unforgettable moment when he told H to her face, Oct 2016, in response to her attacking his "temperament":
"Because you'd be in jail."

37) Trump, and his team, could have saved us the harsh way.
But just like the Jews in Egypt, there had to be an element of choice.
The people, themselves, had to do it.
"The only thing that can stop this corrupt machine is you."
38) The reason why the Fake News (not all media of course) is the enemy is that an aware people is far more powerful than any tank.
39) Trump pleaded with us to wake up:
"The only force strong enough to save our country is us. The only people brave enough to vote out this corrupt establishment is you, the American people."
40) We had to go with our gut, because the truth is that the truth was kept from us all along -- we could not vote based on facts only:
"I'm doing this for the people and for the movement and we will take back this country for you and we will make America great again."
41) Go back to the Bible, go back to the Bible. Exodus 2:24-25.
"God heard their cry....God saw the children of Israel, and God knew."
What does it mean "saw" and "knew"
Why two distinct words?
The Bible doesn't waste words. 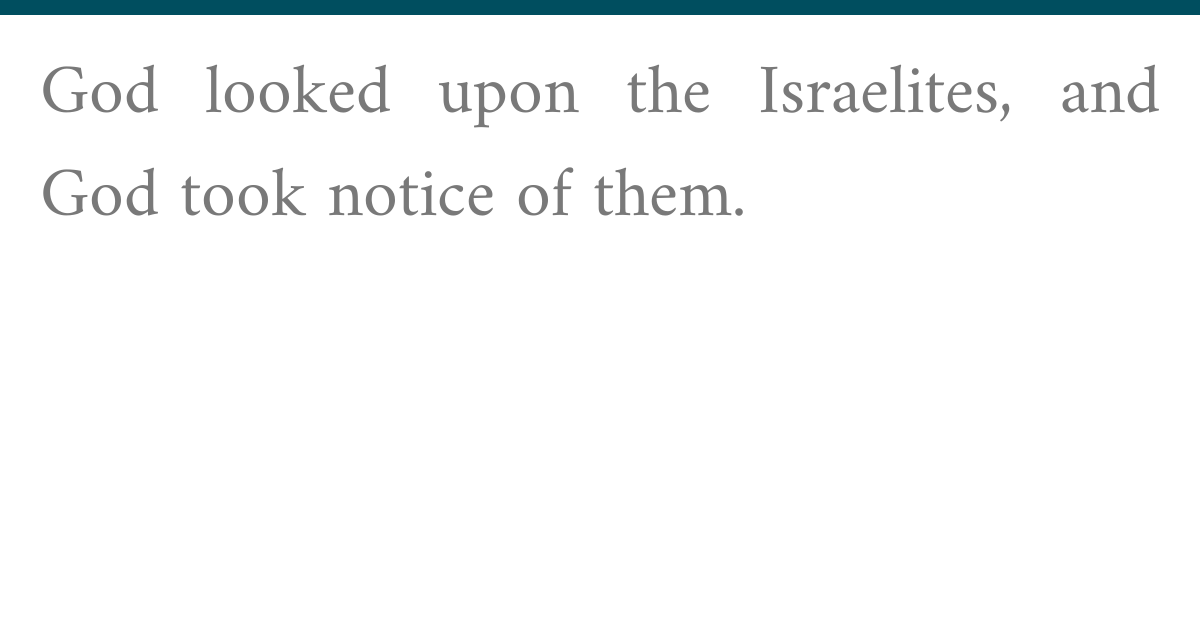 43) וַיִּשְׁמַ֥ע - God heard their cries (previous verse)
וַיַּ֥רְא - and He saw - the violence (Chamas/note similarity to Hamas) - that was being done OPENLY
וַיֵּ֖דַע - and He knew - the violence done in secret.
44) Now you understand something else.
When @POTUS met with former Attorney General Jeff Sessions in the White House, upon announcing that he'd chosen Sessions for AG, Trump referred specifically to traffickers "bleeding our country dry."
(I can't find the link.)
45) Now you understand:
"The day I was sworn in as Attorney General, President Trump ordered me to focus on dismantling transnational criminal organizations. And every single day this Department has been faithful to that order." - Fmr AG Jeff Sessions 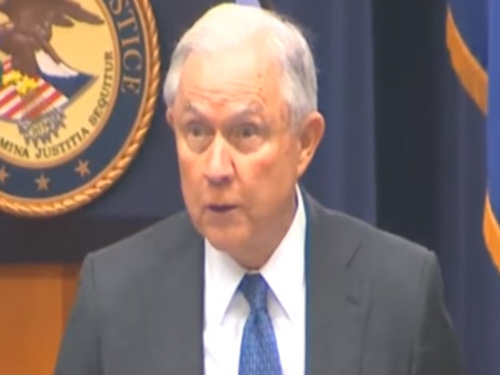 Jeff Sessions: From Day One, President Trump Ordered Me To Focus On "Dismantling Transnational Criminal Organizations" That "Threaten Sovereignty"Attorney general Jeff Sessions hosts law enforcement officials from around the Western world at the DOJ's Robert F. Kennedy building in Washington D.C., to discuss ways our nations can work together …https://www.realclearpolitics.com/video/2018/08/29/jeff_sessions_from_day_one_the_president_ordered_me_to_focus_on_dismantling_transnational_criminal_organizations.html
46) What does a "transnational criminal organization" look like, when part of the organization is located inside the United States?
Do its members mix with people we admire and trust?
People who have done nothing wrong?

47) What does the boogeyman look like?
Were you seriously waiting for this thing to show up?

48) What is the best way to destroy a Nation from the inside?
amazon.com/Trance-Formati…

49) You separate the child from the mother who provides him or her with nonstop attachment and validation and unconditional love.
You completely remove the mother's power and influence over the child.
en.wikipedia.org/wiki/Maternal_…

50) You allow girls and boys to be raped early and freely, so that they form alternate fake personalities in order to survive.

51) You install evil women as handlers of the vulnerable children and tell them that this constitutes "feminism."
(NOTE: CREATIVE COMMONS STOCK PHOTO)

52) You disable the good men of the nation - maybe you even kill them.
Just like in Egypt. Exodus 1:15-16 - Pharoah actually enlisted the Jewish midwives to kill their own young boys.
(Fearing God, they refused.)

53) Exodus 2:5-8 - God causes Pharoah's daughter to be the one to save and raise Moses.
Just as He caused Hillary to in effect promote @POTUS, her mortal enemy. 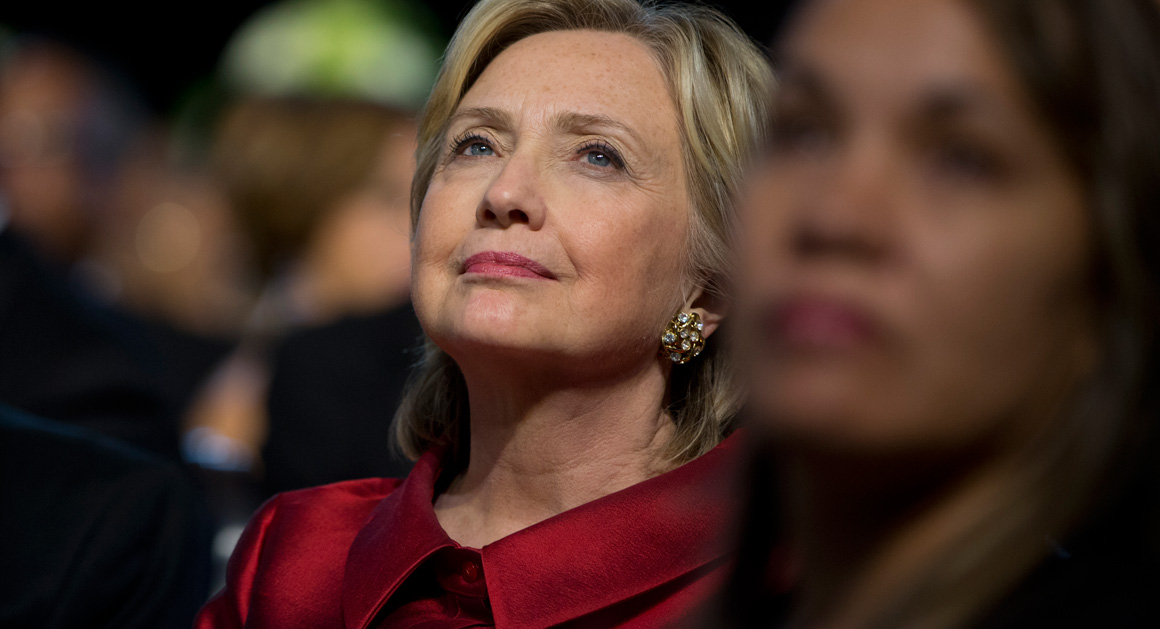 They Always Wanted TrumpInside Team Clinton’s year-long struggle to find a strategy against the opponent they were most eager to face.https://www.politico.com/magazine/story/2016/11/hillary-clinton-2016-donald-trump-214428