1) Actually I think I can talk a little bit about the Torah portion. I can relate it to joining the Republican Party recently.

2) It's been bothering me because I am the classic Democrat, like I do want to give away free healthcare, food, and education to everyone because the playing field is not level.
3) I'm not a socialist or a communist, but I am someone who has empathy for people.
4) I'm not a socialist or a communist, but the wheel of fate turns, and the rich become poor and the poor need help. That's why I was always a Democrat, until they decided to promote corruption, aggressive transhumanism, militant reverse sexual orientation bias, + more.
5) This week's Parsha (Torah portion) is (Numbers 1:1 - 4:20; Hosea 2:1-22). The first topic is taking the census. This relates to becoming a Republican right now. We're in the last moments before the hot war goes public. 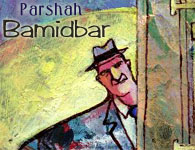 Bamidbar Torah Reading - ParshahNumbers in the Book of Numbers: 4 camps, 12 tribes, 273 surplus first-born, 22,300 Levites, 603,550 Israelites -- each of whom count. Plus how to take apart God's home, transport it across the desert…https://www.chabad.org/parshah/torahreading.asp?aid=2492773&jewish=Bamidbar-Torah-Reading.htm&p=complete
6) The Republican Party is not perfect by any means and it contains its corrupt elements, its incompetents and its malcontents just like everywhere. So why join a party at all? Because the Republican Party stands for God, the nuclear family, and freedom from gov tyranny.
7) The Democrats claim to be the party of compassion, but the reality is more like repression.
8) The Democrats are about the greatest good for the greatest number, which really means the greatest killing for the few who control the means of production. In the new Communism, which is all about "rebranding," they are the bourgeois who call themselves the proletariat.
9) The Biblical census stands in contrast to Democrats' thinking on borders, which is that we should let everybody in and they should have zero responsibility.
10) I have decided that "conspiracy theory" is not the right way to describe logical thinking, so let's just say that many mysteries are solved when you realize that Democrats also use open borders for other things - votes, "wet work," prison revenue, etc.
10) The Biblical census we read of this week is a method of holding the Jews accountable for their being inside the borders - inside the camp. They stand up, they are counted, they have to be ready willing and able to fight.
12) (correcting the numbering) Only in the Democrat party do you have elected officials openly running on a platform of hating the country they represent ("but it's really love..." more gaslighting)
13) When you follow the Republican platform, which really honors the individual life in the same way the Bible tells us to take the census individually, you get to the same compassion as the Democrats' espouse and you do it in a way that promotes innovation --> wealth 4 all
14) But the whole thing is much deeper than this. Go from the main portion to the supplemental reading in Hosea.We're now going to switch metaphors a bit and talk about the notion of America as the battered wife, which we have done before in the context of Deep State abuse.
15) Here's where. Democrats have used and abused their platform so much, we don't even realize that they abuse people, too. @DineshDSouza and @RealCandaceO do a good job of explaining how they exploit our guilt over our national history of racism.

16) Over and over, the Torah clearly presents the Jewish people as God's bride, and the Jews as faithless, adulterous wives who chase the idols all day while their husband (God) is at home waiting for them.
17) On a superficial read, you don't really get this, but the text of the Torah portion has God arranging the "marital home," so to speak, with the 12 tribes having their formations and emblems. But we get a shockarooney in the supplemental reading which really points this up.
18) We're in Hosea 2:1-22 which you can read here in Hebrew and English. It really made me think of Tyler Perry's movie "The Marriage Counselor."

20) In the movie the woman is married but a little bored. She is seduced by one of her clients who winds up beating the shit out of her, and giving her a lifelong illness.This movie parallels the Torah portion supplemental reading in Hosea extremely closely.
21) The reading fast-forwards us to a time when the Jews have behaved disgustingly toward God, chasing after the foreign nations and their idolatrous ways, and God punishes them (us), not out of a human need for revenge or control, but out of love to correct the stain.
22) The connection here is that the Jews entered into a bond with God when we stood up and were counted in that census (like when you declare yourself part of a political party - you are actively joining a framework for nation-building) and later on, betrayed our commitment.
23) Standing up is difficult but it is important to do right now because the stakes for our Nation have never been greater. I say this not as a shill but as someone who genuinely believes the Democrats are being used for a coup.
24) Look at how vivid this language is. Hosea 2:4"Strive with your mother, strive, for she is not My wife, and I am not her Husband, and let her remove her harlotries from her face and her adulteries from between her breasts."
25) Hosea 2:5 "Lest I strip her naked and leave her as [on] the day she was born; and I make her like a desert, and I set her like an arid land, and cause her to die of thirst."
26) We know that God does take the Jews back in the end, but this prophecy speaks to the punishment for faithlessness.
27) Hosea 2:7 "For their mother played the harlot; she who conceived them behaved shamefully, for she said, 'I will go after my lovers, those who give my bread and my water, my wool and my flax, my oil and my drinks. '"
28) This is pretty straightforward stuff. Instead of believing in God, the Jews went everywhere else, but still took God's love and blessings.
29) Hosea 2:8-9 "I will close off your way with thorns, and I make a fence against her, and she shall not find her paths. And she shall pursue her lovers...and not find them; and she shall say, 'I will go and return to my first Husband, for it was better for me then than now.'"
30) This is not exactly what happened in the Tyler Perry movie, but it's sort of the same idea.
31) Hosea 2:12 "And now, I will bare her disgrace before the eyes of her lovers, and no man shall save her from My hand."
32) Hosea 2:15 "And I will visit upon her the days of the baalim, to whom she burnt incense, and she adorned herself with her earrings and her jewelry, and went after her lovers, and she forgot Me, says the Lord."
33) Here there is a play on words: "Baalim" refers to idols and also to "masters" - and the idol warship was called "Baal."God wants the Jews to return willingly and not treat Him like a "Baal."
34) Hosea 2:18 "And it shall come to pass on that day, says the Lord, you shall call [Me] Ishi, and you shall no longer call Me Baali."Ishi - my manBaali - my masterThe husband wants to be loved from choice, not force.
35) Hosea 2:19. When the Jews turn back to God, they will not only not strive for the idols, but their names will never be mentioned again."And I will remove the names of the baalim from her mouth, and they shall no longer be mentioned by their name."
36) On a larger scale, the experience of the Jewish people is intended to be broader, for the whole world, to embrace monotheism as opposed to the dark arts of sorcery, witchcraft, magick, devil worship, occult secret societies... ("We don't say their name".)
37) The Republican Party is the Party that worships God.The Democrat Party is the Party that takes God out of prayers, public displays, and civil discourse and replaces Him with Baphomet statues.
38) Examples 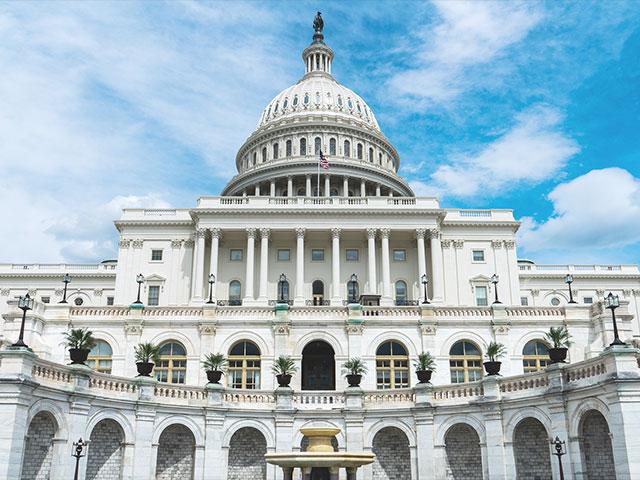 House Democrats Vote to Keep 'God' in Oath After Being Slammed as 'The Party of Karl Marx'The House Natural Resources Committee voted Wednesday to keep the words "so help you God" in its oath taken by witnesses testifying before the panel.https://www1.cbn.com/cbnnews/politics/2019/january/the-party-of-karl-marx-house-democrats-push-to-remove-god-from-oath 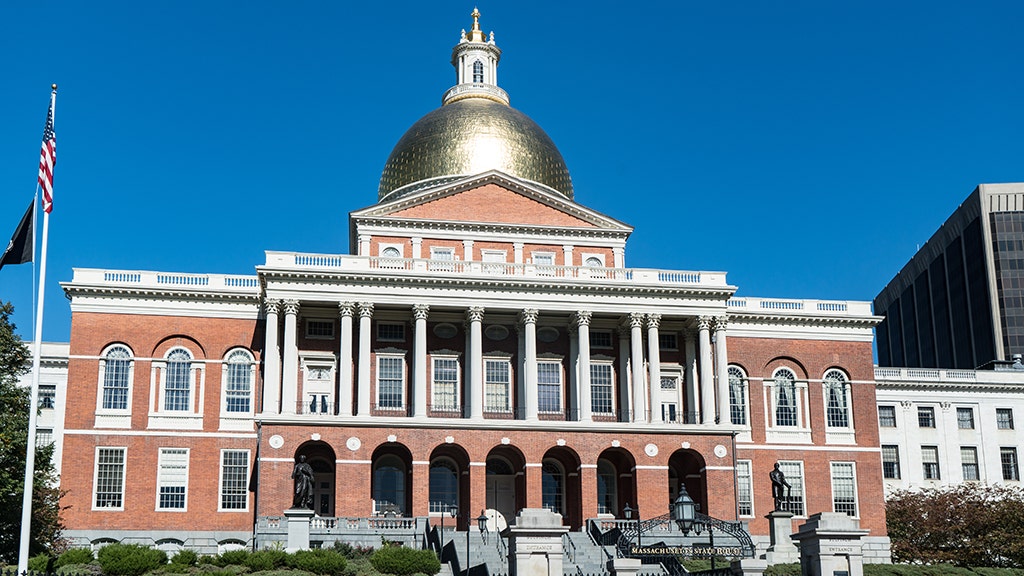 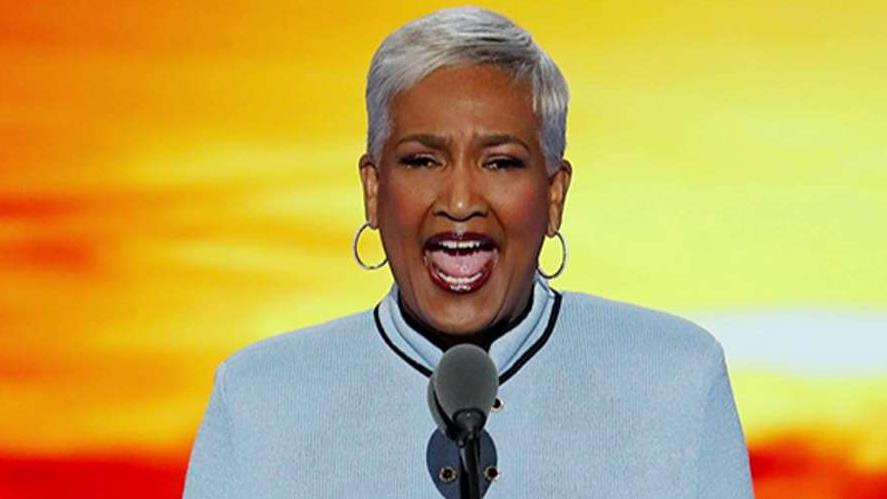 Democrats heckle preacher during opening prayerOn Monday night in Philadelphia Democrats opened their convention proceedings with a word of prayer -- from a Christian minister. Now that in and of itself was a miracle - right up there with the wat…https://www.foxnews.com/opinion/democrats-heckle-preacher-during-opening-prayer

Democrats still haven’t faced their God problemPHILADELPHIA — The Democratic Party has a God problem. And over the last couple of decades, as its base became more educated, less religious and more urban,...https://nypost.com/2017/03/15/democrats-still-havent-faced-their-god-problem/ Washington Post: Breaking News, World, US, DC News & AnalysisBreaking news and analysis on politics, business, world national news, entertainment more. In-depth DC, Virginia, Maryland news coverage including traffic, weather, crime, education, restaurant revie…https://www.washingtonpost.com/news/acts-of-faith/wp/2015/10/06/oklahomas-controversial-ten-commandments-monument-was-quietly-removed-overnight/?utm_term=.36be1bfe99a1
39) When the Jews go back to worshiping God with love, there is no more need for corrective action to stop them from chasing Lucifer - and the world can live in peace.(Note - the Democrats can renounce the evil in their ranks at any time!)
40) Hosea 2:20 "And I will make a covenant for them on that day with the beasts of the field and with the fowl of the sky and the creeping things of the earth; and the bow, the sword, and war I will break off the earth, and I will let them lie down safely.
31) Hosea 2:21-22 "And I will betroth you to Me forever, and I will betroth you to Me with righteousness and with justice and with loving-kindness and with mercy. And I will betroth you to Me with faith, and you shall know the Lord."(End)
mentions
Missing some Tweet in this thread?

By Dr. Dannielle Blumenthal. All opinions are the author's own. Public domain.
- June 08, 2019