3) Do you remember yesterday we were talking about "I, Pet Goat II?"
4) I, Pet Goat II is a vision of the destruction of America.
5) As soon as I watched it, I knew I was watching the truth, and it left me very upset.
6) For now, let's focus on the connection between that video and today's Torah portion, which is the goat.
7) In the video short, the goat represents the docile Americans about to be marched to their slaughter.
8) In this week's Torah portion, there is a goat being marched to its slaughter as well.Let's pick this up in the text.
9) Forgive the pauses
10) So to set the scene. The Jews are in the desert. Aaron, the High Priest, has just lost his sons. God tells Moses to tell Aaron that he can't just enter the Holy of Holies anymore. He will have to bring a sin-offering (sacrifice animals) before doing so.
11) OK - it appears that we are dealing here specifically with the ritual associated with Yom Kippur, the Day of Atonement, the holiest day of the year for Jews.
12) This is a very elaborate ritual. Aaron first brings an offering for his own sins and the sins of his own family.
13) His personal sin-offering is a bull.He had to pay for it out of his own money, not community money.
14) Fast forward a bit (and we are oversimplifying to get to the goat part) -- Aaron is required to take 2 goats, and stand them outside the Jews' mobile holy worship center (a.k.a. Tabernacle, a.k.a. Tent of Meeting).He had to take two stones, as if to cast lots, to pick one.

15) You see the sensitivity here to all living beings, that even an animal should not randomly be cast into the role of a sinner.
16) The verse (Leviticus 16:8) almost makes it sound like the Jews are worshiping the devil. The Jews are not worshiping the devil, but read this verse:"And Aaron shall place lots upon the two he-goats: one lot "For the Lord," and the other lot, "For Azazel."

17) You can read what I'm reading for free, here:chabad.org/library/bible_…
18) If you Google "What is Azazel," this is what comes up. Top of screen: "Azazel, in Jewish legends, a demon or evil spirit to whom, in the ancient rite of Yom Kippur (Day of Atonement), a scapegoat was sent bearing the sins of the Jewish people." google.com/search?q=what+…

19) However, in the text, we learn something totally different (or so it appears).
20) This is the interpretation of Rashi, considered so authoritative that his words appear alongside the text in every Jewish Bible: "עזאזל: הוא הר עז וקשה, צוק גבוה, שנאמר (פסוק כב) ארץ גזרה, חתוכה"Azazel is a "strong and hard mountain, w/ a high cliff."
21) To substantiate his commentary, Rashi cites the Talmud.Is it a cliff, or is it not a cliff?This is confusing.
22) What I see, when I look at Rashi's reference in the Talmud, is the word "wilderness" - in Hebrew, "Gezera." 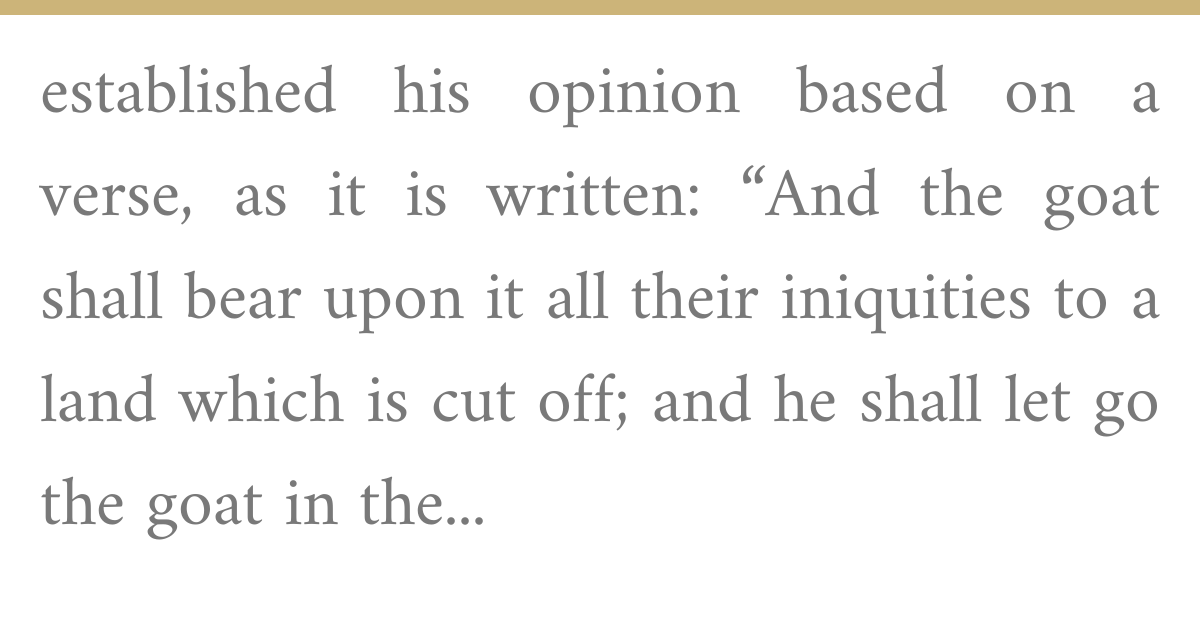 Yoma 67b:1established his opinion based on a verse, as it is written: “And the goat shall bear upon it all their iniquities to a land which is cut off; and he shall let...https://www.sefaria.org/Yoma.67b.1?lang=bi

23) So now we have three interpretations of Azazel, it seems:- a demon- a cliff- the wilderness.
24) Everyone has a great time with the devil part.en.wikipedia.org/wiki/Acharei_M…

25) But like with most things, the simple answer is usually the right one (Occam's Razor).Aharon's actions are symbolic of what happens to the sinning Jew.pespmc1.vub.ac.be/OCCAMRAZ.html
26) In the Yom Kippur ritual, just as in "I, Pet Goat, II" -- the goat symbolizes the average person. A docile, quiet follower. Doesn't want to get into trouble.
27) "The Family" (the hive, the hivites, whatever) which seeks to destroy the United States knows this well. And that is why they envision bar-coding us and sticking us behind barbed wire, in FEMA camps.

28) Note that the creator of the film stated: "the film came to me in a visual form, like to an artist who sees colours and shapes with his mind’s eye. And I endeavoured to reflect what I saw accurately, not always understanding the meaning." 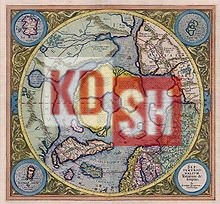 I, Pet Goat III looked at how far along in the I, Pet Goat II video the spire falling is (Notre Dame). It is the second to last sene, and starts at 6:02. It occurred to...https://www.stolenhistory.org/threads/i-pet-goat-ii.1122/
29) The sinning Jew (because the Jews are the subject of the Biblical narrative) is like the goat. He goes one way, he goes the other way, but mostly, he follows.
30) The Yom Kippur ritual shows what happens when you quietly follow, but follow the wrong path.
31) The wrong path means that you have no God-consciousness to center you.
32) So you'll do drugs, you'll sleep around, you'll eat cockroaches, whatever. "It's all good, man."
33) That kind of goat walks straight into the wilderness.They are cut off from the source of life, which is God.They are a sacrifice to the Devil, because the Devil can take him and do as he wishes.
34) In the world we live in today, war has been reduced to narrative, because we cannot throw nukes and live.
35) It may seem that you are powerless to fight against the powers that be.But that is not the case whatsoever.
36) As long as you have a brain to think and a mouth to speak you are fine.Just think for yourself.When you think for yourself, and you don't let anyone "just lead" you, you will find the answers independently.Remember: They have to have your consent.
___________
By Dr. Dannielle Blumenthal. All opinions are the author's own. Public domain. You can also read this online here.
- June 11, 2019