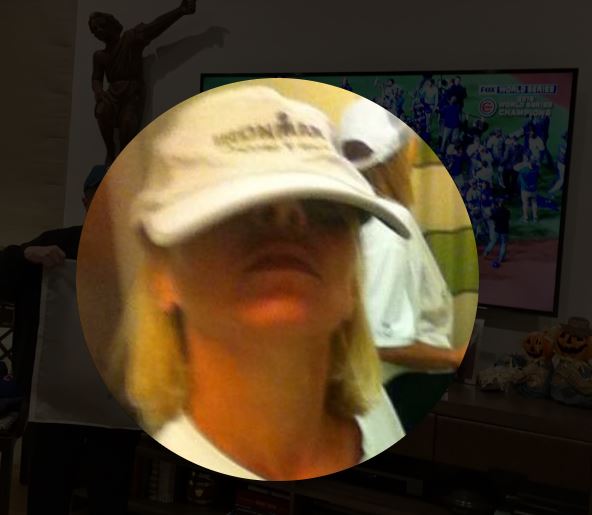 Note: The following transcript is an excerpt of the main part of this broadcast. It has been lightly edited for readability. Follow Tracy on Twitter here.

My name is Tracy Jo Remington, it’s my first day on Periscope. Liz Crokin, you made the call, so here I am. The Clinton Foundation network is the largest child sex trafficking operation in the entire world. Liz Crokin is absolutely right.

I could lose my Twitter for this too, but I really don’t care Now my ex-husband Gregory (ver?) Remington in McMinnville Oregon was the Clinton Foundation network’s child pornographer.

I discovered he was producing pornography in 2008. We had an altercation, and I ended up…I actually shot past him with my Glock 19. I shot past him and I spent 16 and 1/2 months in jail, in prison for one gun shot. But he had beaten me for 6 days. I am the one that called the police, I am the one that went down in that town where the satanic cult of the Clinton Foundation was headquartered.

He was at the center of, he was in the center of the web okay? My ex-husband was their main child pornographer. His title was “The Baby King,” OK? A lot of people need to understand who he was.

There’s only seven people in here [in the Periscope broadcast] that’s fine. I just want to get this out to Twitter, to let you guys know that Liz Crokin is correct. Everything she says is right on.

Liz, I want to tell you if you listen to me right now, if you hear me, I want to tell you that I am sorry if I sent you too much stuff. But I was a private investigator (for) 4 years and you know when I see people like you, and I see people like Honeybee, I am the one that’s going to send you guys things…because I have been dealing with this for a very long time And I found out the FBI, the cops, the sheriffs in McMinnville Oregon were all a part of it.

I have lived through this, almost been killed for this, threatened stalked harassed GPS followed, you name it. The Illuminati chased me down. I packed two bags, shipped my car, bought a one-way ticket to Hawaii back in 2013. I have had to go off the grid twice just to survive these people. They wanted me dead.

These people have harassed me so bad I literally had to have no bank, no car, no insurance anything. I went off the grid completely and thank God I was safe. To this day I still move around because they threaten me. Yeah, Alex Jones….if you’re asking me about Alex Jones I have reached out to him. And he didn’t do a damn thing. It’s been Honeybee. Honeybee has been the one that’s helped me. I want to give some shout out to you, I want to shout out to you Zero, I love you dearly, you and Meg, Bronco, Fuctup mind, I love you, or excuse me FuctupMike, well you were both. Real Liz Crokin rocks, I love you. Emery (?) Danny and the Dragons, I love you guys, all of you guys.

You know my name, Panther7 means pain in her eyes, pain…my real name was Tracy Herman but I…yes He is, God is really exposing the truth.

And you know I’m going to put this on Twitter, and if I get (kicked?) out I don’t give a damn, I don’t care. Liz Crokin made a call, here I am Liz, I’m out there.

You know I look terrible…but I rarely sleep, knowing what’s going on…but my ex-husband is dead. I got to watch him. He dropped it on March, it was the 15th he died of an aneurysm. And within an hour I was on a flight to Oregon and my kids were there.

This is really hard because my kids, hi Jersey Girl, hi how are you? Is everybody good? Yes I agree, God is exposing the hidden works of darkness And if we don’t speak out, if we don’t say anything, people are not going to know. We’ve got to come forward and tell the truth Because the truth will set you free.

So you know, I really just want to say to you guys…what do you guys think about all of this stuff, do you think it’s really going down because I truly believe with all my sources that the Clinton Foundation is going to fall, Hillary is going down b***h.

You are going to be held accountable for every child you’ve ever killed, murdered, raped, you and all of your f***ing cronies, your satanic evil wicked cronies.

My ex-husband, he was known as the “Baby King.” Okay, now I took a lot of heat from this from my own family. People don’t want to believe me, they don’t want to say, whatever — you can go to my Twitter, it’s Panther 7, and my stories are there.

….You know a lot of people don’t get that full story, because literally at the end of the day it was like a 3 hour conversation I had with Honeybee, okay? We talked for three hours, I told her everything in great detail. And this started for me a long, long, long time ago.

I got to give a shout out to Zero because back in 2016 when the Podesta emails came out, my ex-husband’s codewords led me directly into those emails. And I jumped on Twitter for the first time. And Zero, you, I give you Credit because you were the one, and I…really, really, really appreciated your help because I didn’t know Twitter at all.

… You know guys, seriously, the evil in this world, I am so thankful that George H.W. Bush is dead. Okay…I’m sorry people may not like that, you may think that disrespectful, he was (a) Skull and Bones Illuminati Satanic New World Order puppet, but he was a major player in that.

They passed a law back in ’93 to take people’s children, and pay CPS (Child Protective Services) to do it. So you know I have to say, Maybe you don’t like him, but thank God it’s not Hillary, because she rapes, tortures, and murders children.

….You know you people have to understand, this is adenochrome. People don’t really understand vampirism. But it’s real, and what they do, they scare the hell out of their victims and the victims produce adenochrome. And then they sacrifice the child…a child or a person…that person begins to die, but they’re sucking the blood. That gives you the greatest high.

Have you ever seen Fear and Loathing…Okay we’re talking about Bush, glad got you Jersey, I’m talking so fast because literally there’s so much to say.

People, we need to start coming out. Yes it is about good and evil. It is about, this is about light versus darkness and I do you that Trump….whether people hate Trump or love Trump, he is truly doing everything he can. His life…murder, murder, murder, murder, they want to kill him.

But you know it’s only by God, and God alone that that man is alive. But he’s staying safe, I’m so thankful I am so thankful that he’s okay. You know you just gotta keep praying, give it up to God, because God is our only answer here.

Guys, it is Jesus Christ is the only answer we have in this lifetime. No matter what happens, we just got to keep thanking God, giving it all to God.

….You guys, I just had to jump on here and back up Liz Crokin. If you’re not following Liz, get on there and follow her, because she is A number one, they have tried to take her down again and again and again.”

Posted December 4, 2018 by Dr. Dannielle Blumenthal. The purpose of this post is to transcribe a video testimony that may contain important information for law enforcement. All people are innocent until proven guilty in a court of law. The opinions expressed here are those of Tracy Jo Remington. This content is hereby released into the public domain.
- December 04, 2018