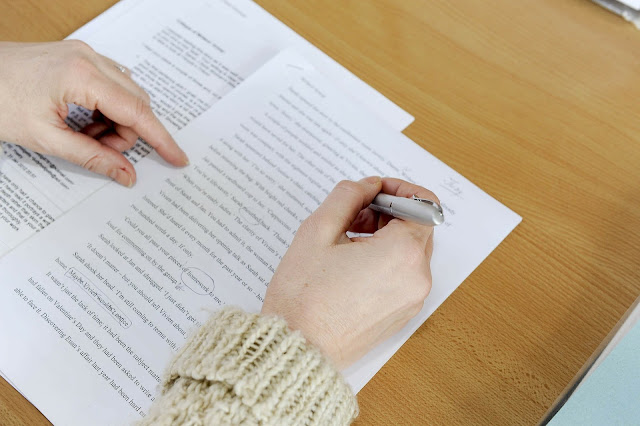 I share these thoughts in the spirit of helping fellow Federal employees to be engaged and productive regardless of which Administration happens to be in charge. My comments are non-partisan in nature, and I speak only for myself.

In a recent article for GovExec (published September 20, 2018), NAGC President Chris O’Neil calls on government communicators to speak truth to power. (It is not clear whether O’Neil is speaking for the National Association of Government Communicators or not, but he is clearly speaking in a personal capacity.) The context is his concern about the current state of Administration communication:

“Almost daily, President Trump uses Twitter to fuel a bombastic narrative, mixed with concepts of “alternative facts” or claims of “fake news,” to drive his agenda. Add to that a nearly complete absence of fact checking on the part of the White House, and it is no wonder that when the White House press secretary recently corrected misinformation she had provided, many were left thinking, ‘it’s about time.’”

Although O’Neil is talking about one Administration in particular, this concern is a constant regardless of who is in charge. The question is what to do about your concerns besides “roll over.”

Regardless of your specific job as a civil servant, you are a professional, and your thoughts matter — so there should be a way for you to surface them. In fact, in my experience it is typically the most skilled and engaged employees who take the time to express their concerns.

As a remedy, O’Neil suggests we refer to a quality standard, something FCN advocated in “Advancing Government Standards,” our 2016 white paper. For him, that means the NAGC Ethics Code (excerpt below). In a nutshell, the code offers federal communicators a way of thinking about their jobs in a manner that transcends partisan politics. We are here to tell the truth, because telling the truth is an “essential civil service,” and information about what the government is doing is something that “each citizen has a right to.”

“Members of the National Association of Government Communicators, as a condition of their membership, adhere to a code of ethics that states, ‘truth is sacred; that providing public information is an essential civil service; and that each citizen has a right to equal, full, understandable, and timely facts about the activities, policies and people of the agencies comprising his or her government.”

When government communicators focus on their higher role as a civil servant, suggests O’Neil, they can effectively articulate their concerns, even when it’s difficult.

“Not every government communicator is a member of NAGC, but those who are provide counsel to leadership, speak truth to power and serve as their agencies’ communications true north. By adhering to our code of ethics, our members, at the local, county, state, tribal and federal levels are leading the way toward good communication that supports good government.”

Again, keeping politics out of it, I would suggest that O’Neil is on the right track here. Whether one uses his approach or simply follows the Hatch Act and existing ethics rules and agency guidance, his article is important for civil servants and I hope people read it. There is a “third way” between mindlessly doing what you’re told and insubordination, or worse, “resistance from within.” That is, we should draw on existing law, regulation, policy, guidance and past practice to inform our professional activities.

Unfortunately, what we are seeing in the news is an approach to disagreement with the Administration that is totally inappropriate, and which gives all Federal employees a bad name.

Specifically, on September 18, 2018 Project Veritas began releasing multiple videos showing Federal employees (current and former) from the State Department, DOJ, GAO, and HHS proudly discussing how they are thwarting the Administration’s programs, “resisting” from the inside (and working with those on the inside), violating the Hatch Act, possibly using government resources inappropriately, and bragging that because they are government employees, they cannot possibly get fired.

The employees shown in these videos made a conscious decision to go outside the appropriate process for registering their complaints.

Of course all the agencies have responded — they’re investigating. But I noted the response of Secretary of State Mike Pompeo, who said:


“If this is a mission on which you can’t sign up for (sic) it’s time to go do something else with your time.”

While I understand the sentiment, and agree — you should not be working for the government if you’re working against the Administration, obviously — the civil service also needs to have a healthy conversation about disagreement.

From the perspective of the Government, it promotes accountability, transparency, and excellence in management controls when employees are encouraged to air their concerns so that corrective actions can be taken as appropriate. Because let’s face it, every leader, every Department, and every agency will make missteps, and that is life.

When civil servants have a clear, consistent and reliable framework for airing their concerns appropriately, this is a good thing all around. It promotes trust in government. It keeps the workforce productive and engaged. It dramatically reduces costly and unnecessary tensions, conflicts, and employee turnover. Institutional knowledge is retained, leveraged, built upon, and transmitted to the next generation of recruits, who benefit from the mentorship of seasoned peers.

We who go to work are adults. We are expected to handle life outside the job in a mature and responsible manner. And we should be treated as adults on the job as well.

Being a Federal employee is a tremendous responsibility. The public benefits enormously when all concerns are appreciated, taken seriously, and processed in a systematic and impartial way.

By Dr. Dannielle Blumenthal. The author hereby releases this article into the public domain. All opinions are the author’s own. Creative Commons photo by WokinghamLibraries via Pixabay.
- September 23, 2018