I'm Not Orthodox. Why Do I Write About Orthodox Judaism? 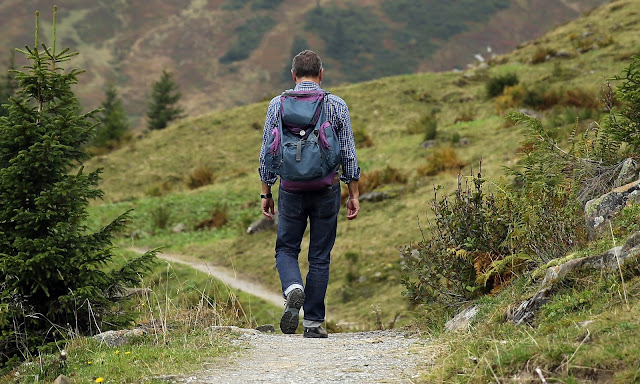 From a Jewish point of view, the world depends on a few basic things to survive. Two of them are the province of every human being -- a belief in God, and acts of human kindness. But the third is the province of the Jewish people -- the Torah.

"Shimon HaTzaddik was from the remnants of the Great Assembly.
He used to say:
On three things the world stands.
On Torah,
On service [of God],
And on acts of human kindness."

If we fail to understand, practice and teach the Torah -- or failing that, to support those who do -- then the world loses out on an authentic understanding of it, and a fundamental basis of the world's survival is jeopardized.

This is why, although I am not Orthodox, I write about and support Orthodox Judaism. Jews represent a tiny fraction of the world's population - just .2% (that's point-two, not two). As of 2013, just 10% of American Jews were Orthodox. Meanwhile, in Israel, only 15-20% of the Jewish population considers itself Orthodox or ultra-Orthodox (big distinction).

So we went someone's house the other day and of course ended up discussing the local "Jewish geography." As it turns out we know many of the same people and have circled around the same two or three cities in our lifetime.

"Did you know that there are only 14 million Jews in the world?" this person said, meaning, as we often hear, that "it's a small Jewish world" and as a corollary, each of us plays a vital role in keeping the Jewish people alive.

The three pillars of Jewish existence are the people themselves (the nation), the Torah and the land of Israel. As such the person then turned from nation to Torah, and gave us what I consider a "Jewish placement test," asking: "Do you drive on Shabbat?" (At that, we answered honestly with a nod of the head.)
He asked this question because not driving on Shabbat is a significant marker of being Orthodox, and being Orthodox is  statistically correlated with one’s commitment to Jewish continuity. For example, a 2013 Pew survey of American Jews found:

Zionism and Judaism are Distinct

Some people prefer to substitute Zionism for Judaism as they advance their commitment to Jewish survival. However, from an Orthodox perspective, Jewishness means honoring the observance of the Torah in the Holy Land. As Rabbi Dr. Akiva Tatz puts it: "God gave Abraham and his family the Land of Israel as a laboratory where his descendants are supposed to create the nation that’s the model for the world."

That model is not only about moral behavior, but also about respect for the Torah as a fundamental pillar of our National existence--even if not everyone is observant.


So What Is An "Orthodox" Jew?

Rabbi Jack Abramowitz (books), writing at Jew In The City, does a good job of answering the question.

“'Orthodox' is an artificial construct, invented simply as a convenience to differentiate the traditional Jews from the offshoots. There is no law of Orthodoxy, there’s simply observing the Torah."

Key Point #2: Sabbath Observance Matters Due To Its Halachic Implications

"Sabbath observance is generally the make-or-break determiner of observance. [This is because] it has significance in Jewish law, such as defining eligibility to serve as a witness and to handle wine without concern."


"Rabbi J, I thought the informal criteria were the "big 3": Shabbos observant, observing laws of kashrut, and the laws of family purity."

In response, the rabbi says:


"Those are certainly considered the three pillars of an Orthodox home but only one of those things has particular consequences in Jewish law.

"If someone doesn't keep too kosher, he might still be a valid witness. If someone doesn't observe the laws of family purity, it doesn't affect wine they may have handled. But if someone is a habitual public Sabbath-desecrator, that affects their status as an observant Jew.

"The question was 'where's the line?' Shabbos isn't the entirety of the picture by any stretch - the other mitzvos are also important! - but for the purposes of the question asked, that's where the line is."

Key Point #4: Beliefs Are Relevant To Determining Whether Someone Is Orthodox

Judaism is primarily a religion of action, not faith. However, notes Rabbi Abramowitz, "in terms of philosophy, Maimonides outlines thirteen “principles of faith” that Jews are expected to accept." From Judaism 101, here they are:

So How Can We Quickly Determine If Someone Is Orthodox?

"If you ask me, anyone who keeps Shabbos, self-identifies as Orthodox, and doesn’t hold any beliefs that Maimonides’ list would call heretical could qualify. If they dress differently than I do or eat in places I wouldn’t, they may be less observant (or I may be overdoing things) but that’s the way things have always been."

Why Does Any Of This Matter?

Nowadays, we live in a very mixed-up world. Instead of focusing on people's actions to determine whether they are moral or not, we focus on their words. Instead of seeking truth, we honor everyone's personal testimony as a substitute and even dispute the concept that reality actually exists separate and apart from the eye of the beholder.

And when it comes to Judaism, we seem to have lost the ability to objectively articulate what is true and not true, real and not real, valid and not valid from a halachic perspective, separate and apart from whether I keep to halacha or you do.

In fact, anyone who tries to say "this is a Jewish value, this is not; this is authentic Torah, this is not" is almost automatically derided by their audience. "Who are you to say such a thing? You're not all that religious."

There is a very real war between good and evil taking place all the time in our world. Jews are central to that war, because Jews were and are responsible for carrying the torch of Torah observance.

I care about Jewish survival and I care about the survival of the world. We have to get ourselves into the game in some form or fashion, or else we are leaving the future to people whose motives may or may not be honorable.

__________
Copyright 2017 by Dr. Dannielle (Dossy) Blumenthal. All opinions are Dr. Blumenthal's own. This post is hereby released into the public domain. Creative Commons Photo by Hermann via Pixabay.
- July 07, 2018