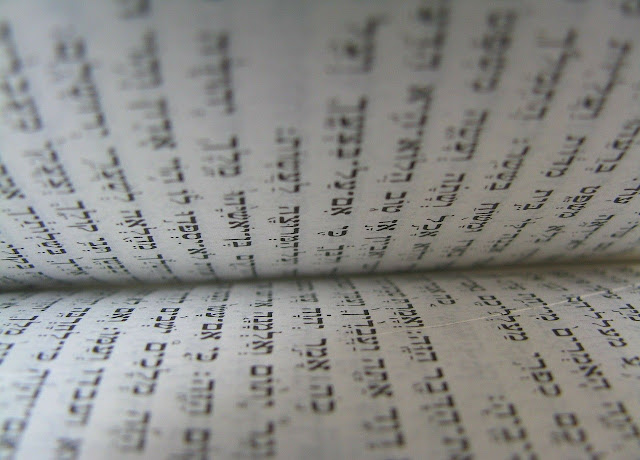 As a young woman I decided I could not — would not — give up my right to self-determination. I would not “mindlessly” conform to the strict Orthodox Jewish lifestyle within which I was raised.

Other people in my life, people very close to me, took another path. They weren’t mean about it, although some were pretty judgmental and still are. At one point I recall someone telling me that when the Final Redemption comes, with all its painful birth pangs, only the “Torah-true” minority stands a chance of being saved.

I remember going to the Orthodox synagogue nearby one Shabbos, very uncomfortable in my overly warm body armor of an outfit. Children in tow, I hid out in the furthest of the back seats in the back row — a habit I maintain to this day — and listened uncomfortably to the sermon.

“Beware of fake Jews!” the rabbi said, at some point, rousing me from my usual “eyes glazed over” stance. Instantly I was furious, as he continued to lecture from the pulpit about people who only pretend to live an Orthodox lifestyle, while secretly promoting immorality.

I say all of this to you to let you know how fully I get it. I grew up on all of the debates about hypocrisy and religion, how people seem to either observe the first half of the Ten Commandments (between humans and God) or the second (human decency between one another). My childhood was filled, filled filled filled with righteous anger at those who judged me, and judged my family, too.

Somehow, no matter where we went, we just…weren’t…good enough.

But over the past 4–5 years or so, and the last two in particular, I have come to see the world in a different way. As more and more victims of child sex trafficking come forward, I see that an immoral lifestyle is the “gateway drug” to this disgusting cancer on society — and that we, humanity, are in Stage 4.

What does it mean to be immoral? At the most basic level: Denying that we must obey God to the best of our ability.

If you are a Jew, and I’m sorry if this offends anyone, the “best of your ability” means putting the Torah at the forefront of your life, and assessing your worthiness by how many of the 613 mitzvot (commandments) you keep.

If you are a Jew, you are right to distinguish between a Torah-true lifestyle — one that centers around the observance of the mitzvot — and a lifestyle that does not.

Most of the world is not Jewish, and so your mileage may vary.

No matter what religion you are, of course, this doesn’t mean putting people into your convenient buckets of “good” versus “awful.” It is about assessing behavior.

Child sex trafficking is simply the natural extension of a world where people view God as optional. Without the fear of Him, without the need for a conscience, every extreme behavior can be explained and normalized.

How bad have things gotten? You don’t need a research paper or a lot of links. Just look around you, at the filth that populates your typical Hollywood movie nowadays.

Even the most seemingly benign family movie is chock-full of pedophilic symbolism, to the point where one film, “Show Dogs,” raised such an outcry that it was literally pulled out of the theaters to edit out some obviously inappropriate portions for children.

Today Harvey Weinstein was arrested for rape. Speaking to reporters, Weinstein lawyer Ben Brafman actually tried to argue that Weinstein is innocent because everyone else is guilty too.

It is a remarkable quote, because in effect Mr. Brafman is indicting the entire industry. Let’s read it in full:

“Weinstein did not invent the casting couch in Hollywood, to the extent that there is bad behavior in that industry… Bad behavior is not on trial in this case. It is only if you intentionally committed a criminal act, and Weinstein vigorously denies that.”

In other words, forcing women to have sex (RAPE) because of your clout in providing a movie role is okay, because it’s standard operating procedure. Why should Weinstein pay for behavior that he didn’t perceive as wrong?

Unfortunately, most of us are uncomfortable with the discussion of what behavior is actually moral and what isn’t. Deep inside our souls there is that voice, that nagging voice: “Who are you to judge?”

It’s classic Western democratic secular thinking — you do your thing and I’ll do mine, and the only rule is “stay out of my business.”

A not-so-fun fact: “Do not give opinions or advice unless you are asked” is #1 in the “11 Satanic Rules of the Earth.”

You don’t need me to tell you that things have gotten pretty bad out there — or as another rabbi put it in his sermon last week, “The world has gone off the deep end."

The insanity of a world without moral boundaries is corrected, he noted, by the giving of (and adherence) to Torah, a moral code. Doing what is right puts the world back on its axis; it bring sanity to all.

At the end of the day, you will be as good or as bad as you want: Nobody will know your deeds, except at the end when you meet your Maker.

But if you think that we can end the pervasive sexualization, sale and even cannibalization of our world’s young simply by engaging in a rational discussion about “win-win solutions,” I would have to politely disagree. You need very little godless genius to make seemingly “logical” points with their smooth-talking, prime-time punditry.

I leave you with this thought: God is real. And He will make His justice known to you, either while you’re living here or after you’ve passed.

The moment of His judgment is arriving.

Repent your sinful ways now, and speak up for the victims if you can.

A few nights ago I had a very vivid dream, which seemed important.
I hesitated to share it at first. First of all, like most people, I don’t normally share my dreams (social norm). Second of all most dreams are only personally relevant - they connect to your unconscious thoughts. Third, it’s disturbing - it’s too much information.
But then a few things happened.
Putting all that together it dawned on me that the dream was a significant one and should be shared.
Also, I recalled just after posting this, I took the picture below before Shavuot (the Jewish holiday celebrating the giving of the Torah) and posted it with a caption to Facebook  about wanting to save the children. In the photo, if you look closely at the top right, a ghostly childlike face appears in the clouds.

So here is the dream. It was divided into three parts. Not sure which came first or last anymore.
The dream seems self-explanatory to me — a combination of unconscious thought and a clear message — but you’re welcome to interpret it.
__
Copyright 2018 by Dr. Dannielle Blumenthal. All opinions are the author’s own. CC0 photo via Pixabay. https://pixabay.com/en/nature-wood-tree-light-sun-fog-3151869/
- May 23, 2018

May God Heal Us This Shavuot 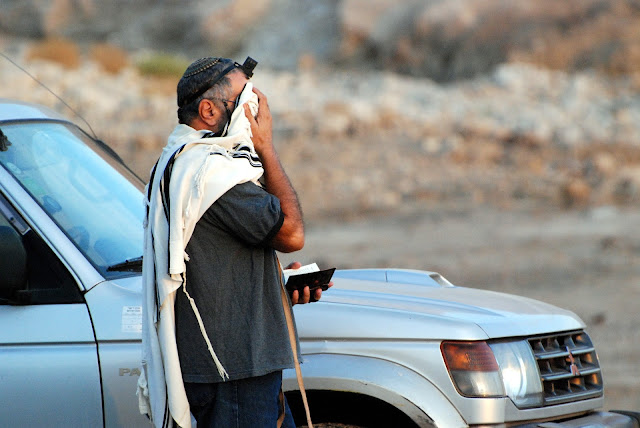 Most Jews don’t even believe in God, or they’re agnostic. I think a lot of them don’t even know they’re Jews (it goes by the mother). But I was raised to be very, very religious, and I’m not anymore.

I mean I sort of am, but not totally. Not enough for the modern Orthodox yeshiva person, certainly. Maybe enough to let me in to the conversation — from a significant distance.

You leave there and you can’t go back anymore. And although I am mostly happy with my choices, every once in a while a deep feeling of sadness overtakes me. And it’s not something I can easily explain to you.

There is this shul we go to, every once in a while. The tunes are the same as when I was young. Just enough that I can sing them, and follow without too much trouble.

The rabbi and his wife, I think, pretend not to know that I’m not “really” religious. After all I know the words and I wear the long, sweeping skirt to the floor, when I go there.

But there is a veil in that shul, an invisible dividing line. Everyone on the one side of it, who’s part of it and never questioned or left, knows every other one. And you can join the club if you renounce your past life and take everything on without question. Even the things which aren’t necessary, the things which make no sense to you — just because the community decrees it.

I left all of that a long time ago. The fabric is on the cutting room floor. And every Shavuot I have to ask myself, as we receive the Torah again and I am standing there as I supposedly did on Mount Sinai, what portion of that book is really left for me?

In real life I try to be a good person. I’ve taken on a cause, have I mentioned that? Human trafficking and child sexual abuse. Did you know how many kids, including Jewish kids, suffered from it? Probably not.

But it doesn’t make up for the void in my heart. It doesn’t heal the cracks. And even if I wanted to go back to some semblance of “that,” whatever I was supposed to have learned growing up, it wouldn’t really work for me.

I don’t fit in anywhere.

The rabbi read the Ten Commandments in shul (synagogue) today, not once but twice. I listened with intent, and reflected on how little I know of even those few instructions after all these years.

Here’s the main one, as far as I’m concerned: “I am God.” Everywhere I go, and everything I do, involves and rotates around that central, basic commandment. To know that God is real.

Building on that, I’ve been listening to other people a lot more this year. It’s been hard to get out of my own head, and empathize with their experiences. But every time I do it — every time I put down my own helmet of preconceptions and just listen to what others are saying — it is so damn worth it.

God, I selfishly ask You for healing this year. Draw me closer to You. Help me to know and understand Your commandments better, so I can do a better job of observing them.

Help me to be more empathetic to people, and in doing so to help them heal, so they can also draw closer to You.

I can’t go back to being innocent. I wish I could; it makes me cry; I just did not understand things back then.

If I could go back to my younger self, and hold her hand, I would explain to her that God gives us many tests of faith. And that one of them is encountering other Jews who are resolutely, determinedly evil — despite their social standing and superficial observance of the commandments.

But that isn’t going to happen. What’s done is done and over.

And frankly, whatever I’ve been through, it’s far less bad than so many others.

God, this Shavuos please heal us. So we can accept your Torah wholly, and be Holy for you.

The way a newborn infant is.
______
Copyright 2018 by Dr. Dannielle Blumenthal. All opinions are the author’s own. Photo by eyelyas via Pixabay (CC0 Creative Commons). 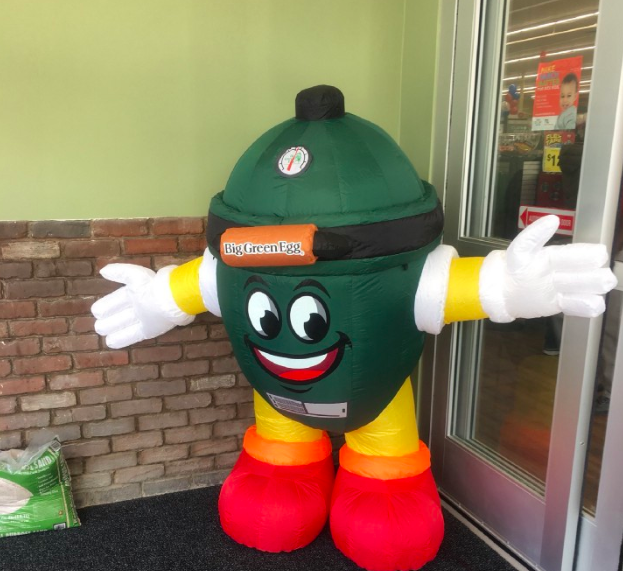 I’ve been on Twitter a lot for almost two years now (@drdannielle), really thinking about what’s going on in our world and what I see and how I feel about it.
And I guess, all this time, operating under the paradigm that if you’re doing something heartfelt you shouldn’t be asking for money for it.
Money Is Not The Root Of All Evil?
Someone challenged me about that paradigm and said,

“Why shouldn’t you be making money doing the things that you’re good at and that you love?”