The Alliance To End All Bulls — t 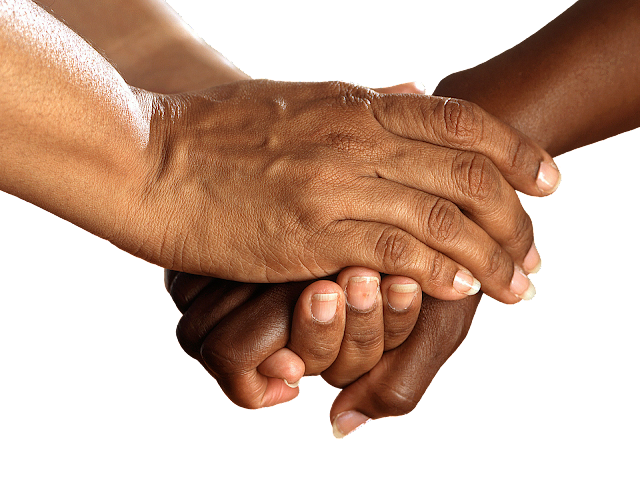 So somebody posted this quote on Twitter about the false divisions we are currently experiencing in American culture. I don’t know who wrote it, but whoever took a picture of it had screen-shotted the words from Facebook.

In a world where people are now afraid to go on social media and share their views for fear of being blackballed by family and/or friends, blacklisted from work, and possibly even spied on by their television sets, I thought this wish for unity was very well-said. It reflected exactly my own sentiments.

Below is the screenshot as it appeared on social media.

As it happens I saw another really great sentiment on Twitter today, about the common enemy we do face. The problem is not Republicans or Democrats, but rather it is tyranny, by a group of people who wish to substitute their version of right, wrong and reality for the self-expression of those they simply disagree with:

"The new army to fight against tyranny will be a cross section of humanity lined up to defend free speech & freedom of thought. This army will fight to the death as they realise that without freedom you are already dead. #FreedomOfSpeech"

Again, here is a screenshot of that quote, by @BigBroHeavy. Before I saw these sentiments, over the past few days, I had been feeling somewhat gloomy and hopeless. When will the trials actually begin? What of the corrupt people in power, who always, always, always seem to get away with it?

Why has Washington, D.C. become such a sad place? Why has the world gone quiet?

Sometimes it does truly feel like “the calm before the storm,” almost like a really big war actually is going to break out.

But then I see that people, like flowers, are standing straight and tall and blooming this springtime. They are starting to express their views, maybe anonymously at first, but there is a trend toward putting one’s name out there.

And it isn’t always politically correct, either.

Don’t get me wrong: Most of my friends are progressives. They are D.C. area policy wonks, they have an advanced education, they are reserved and circumspect in forming their views, and they are wedded to the kind of tangible evidence you cannot get when studying deep corruption.

Yet something has changed. Where the very articulation of “gut feeling” was once discarded as inherently ignorant, there is a greater and greater willingness to trust what one senses as some version of the facts — if only because there’s so much fake news around.

It seems to me that we are living through a kind of social wake-up call, that we aren’t getting the news we need to get, and that what was fed to us as fact may just as easily be disinformation.

I believe we have reached a tipping point now. People want some answers, not just because having the answers will be a satisfying thing but also because we are a democracy. One way or another, even if it’s difficult to talk about, we must get those hidden crimes on the table; we must have justice.

The national cry for unity is getting louder and louder.

So too are my prayers, every day.

May God bless and protect our great Nation. May he shelter us from harm and make us turn toward His will. May He give us the strength and courage that we need, the intellectual fortitude and the persistence, to repair what has gone wrong and build on what is right.

May He especially protect the most vulnerable among us, with a fixed gaze upon the children.

Copyright 2018 by Dr. Dannielle Blumenthal. This post is hereby released into the public domain. CC0 Creative Commons photo by Alexas_Fotos via Pixabay.
- March 28, 2018