Purim 2018: Seeing The Light Of Redemption 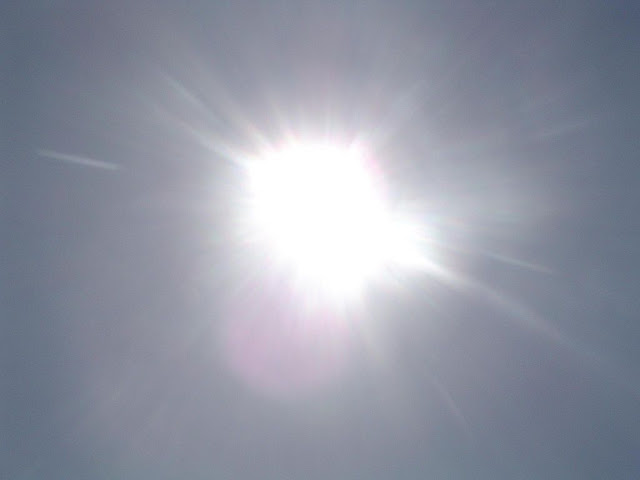 Sharing a thread I posted yesterday, 2/27/2018, on Twitter: "Starting a thread to talk about the nature of revelation, and its connection to the arrival of the Messiah, which we are seeing now, in our time."

We assume that people don't know how bad things actually are, because if they knew, then they would stop it.

The truth is that the mind cannot handle too much truth at any one time, especially truth of a disturbing nature, but also truth of the positive kind.

Creation begins with God separating the light from the darkness.

Before Creation, the Universe was a mixture such that Heaven and Earth were indistinguishable.

God created a thing, then, called "Heaven" and He separated from a thing called "Earth." These of course are the spiritual and physical planes of existence, and there is a continuum that runs in between.

Light is the distinguishing feature that made the "formless," "empty" earth meaningful and useful. "God saw that the light was good." "God called the light 'day.'"

In the English language, when someone provides insight into a thing - when they help us understand it - we say that the person "shed light" on the matter. Understanding things is good.

But there can be such a thing as too much knowing.

We are told a kabbalistic tale that "four men went into paradise," meaning they meditated heavily and reached Heaven-they saw Truth. Only 1 (the sage Rabbi Akiva) emerged intact. Of the other 3, 1 died, 1 lost his mind, and the other became a heretic.

All of this runup is to say - don't lose faith. God is coming. God is already here.

You may have heard that Google is on a censorship rampage. But before you freak out about this, consider: What does it do to the reputation of Google, and Twitter, and Facebook, too, when they are seen as censoring free speech?

Ask yourself why they would come out of the shadows, so to speak, and tip their hand.

The answer, in my view, is that somebody is running scared.

Why did Lynn de Rothschild announce that she is deleting her Twitter app? (The app, mind you, not the service itself, which leads one to wonder if she knows the difference, or whether she thinks we are just fools.)

Others have said, and I think it is true, that powerful people like to play a game.

They don't want to win outright, so they do things to level the playing field in false ways - like letting us have elections. Social media. Freedom of the press, such as it is.

But the entire game-playing process, for elites, is premised on the belief that they will necessarily win in the end. Because they are superior.

By all accounts, when Donald Trump won the American election for President in 2016, the elites fell backward in shock.

The President (has) said about us, "the people are wise."

Sheriff Israel says that the lions don't follow the sheep.

Who does Sheriff Israel hang out with?

The fact that there is such a frantic race to monopolize the narrative with one side of the story - to use children to do it - to censor the voice of the opposition - and perhaps, horrifying as it may sound, to stage or exploit tragic events - is evidence.

If this is a game, and we are pawns in it, the pawns are turning the tables.

If this is a game, they are the architects of their own demise.

Because with God's help, what is happening, ever so slowly, like a frog that has been boiled in water and is now being returned to proper room temperature, is that the people are, one might say, "seeing the light."

The more lies they throw at the people, the more we see "The Great Awakening" for real.

Followers of #QAnon are not shocked to see the words "occult pedophile elites" in a sentence anymore.

God help us, we have even come to learn the word "reptilian."

There is a website, which I hope you will check out, that contains some extensive documentation on the subject of taking our country back from these weird sick f---s. If you're interested, please start here.

Our military is comprised of incredible human beings.

Our Presidents are heroes too.

Yes, even the ones who did bad things, also did good.

Our law enforcement community puts their lives at risk every single day, and never gets the credit.

What is happening to save our planet exists because of God, who is coming for the victims (of abuse).

He has awakened the sleeping giant that is the United States of America.

The sick freaks who thought they could get away with murder were completely wrong.

God has only allowed them to exercise the pretense of winning, so that you would have free choice.

Tomorrow night (author's note: tonight; this blog is being posted 2/28/2018) is the Jewish holiday of Purim, when we celebrate the fact that the evil Haman's plot to annihilate the Jews was revealed, and the kingdom of Persia was restored from the silent corruption that had overtaken it.

Believe me when I say that in this long and awful war, this toxic war, this decades-long effort to destroy the nuclear family, to turn women into men and vice versa, to ensnare and enslave the children, and violate them, and kill fetuses - God will fight the final battle.

Believe me when I say that the tools that they have tried to use against us, will be turned in full upon them.

And in the beautiful and prosperous times to come, those who acknowledge and serve God in fear and in faith and in love will all come into the light.

Do you think it is an accident that they just discovered proof of Isaiah's existence, in Israel?

There are no accidents, or coincidences.