A Personal Report from the #Pedogate March 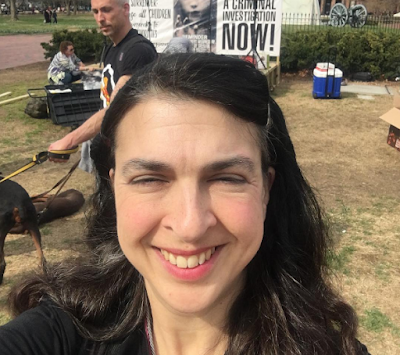 Today I attended the first part of the #Pedogate / #Pizzagate march.

Here is my poster. 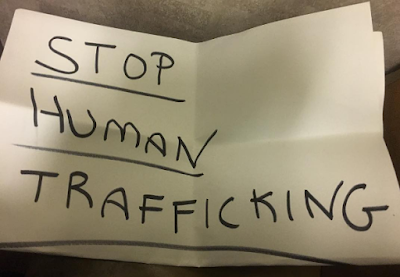 I chose to focus on human trafficking (#humantrafficking), the broader problem. Others are focused on the underreported and unexplained phenomenon of missing African American girls in Washington, D.C. (#missingdcgirls)

The social media icons used to advertise the march used the hashtags #pizzagate and #pedogate. This has been made fun of repeatedly in coverage by The Washington Post and others who repeatedly suggest that concerned citizens are victims of a conspiracy theory "which falsely linked Hillary Clinton to an alleged child-sex-trafficking ring operating out of a D.C. pizza parlor." 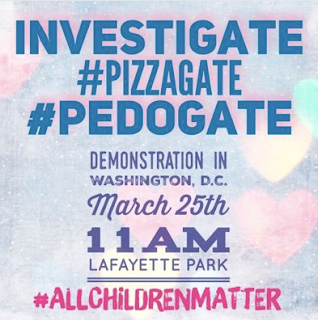 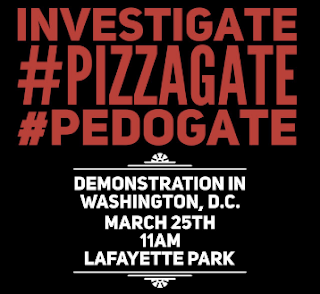 In fact, the term "pizza" refers to two things.
It is noteworthy that the Department of Homeland Security released a video for human trafficking month (January 2017) showing a minor being trafficked outside a pizza parlor. The symbolism was hard to ignore.

In any case, I was at the march as it began and documented some of the goings on.

The most noteworthy thing, to me, was the focus on children rather than on a particular person or place accused of wrongdoing. It was clear that the event organizers (as you can see from the poster behind me) seek their safety. The poster contained three demands, as explained by event organizer Neil Wolfe:
Wolfe stated that he planned to organize a protest in front of the NYPD, which reportedly has incriminating evidence from Anthony Weiner, to demand that they release it.

We know that organized sex trafficking of children by people at all levels of power is real. 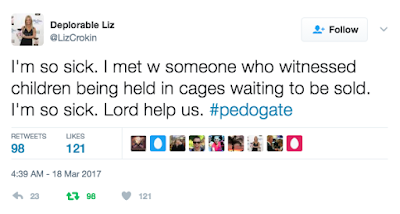 The second thing that stood out was the emphasis on prayer. I saw two people praying as they stood on the podium. This video shows researcher David Seaman, there to give a speech on the topic, praying for our Nation to have the strength to deal with this issue, to bring the perpetrators to justice, and to heal. (He, too, previously has shared his experience of being targeted for covering this issue on numerous occasions; here is just one example.)


As far as the people who attended the event, I can only speak about a few.
I did not get the impression that people attending were "crazy." Rather, they seemed sincerely concerned about kids. If anything, observing conversations, it was clear that they were self-educated, and trying to get some official information. This is a sentiment I wholeheartedly share: Let's get the facts.

Getting an official investigation going, without citizen investigators having to do the work, was the entire purpose of the protest.

It is not acceptable to tell young Black girls to "stay home" to avoid getting kidnapped and trafficked.