Government Communication Will Not Regulate Itself 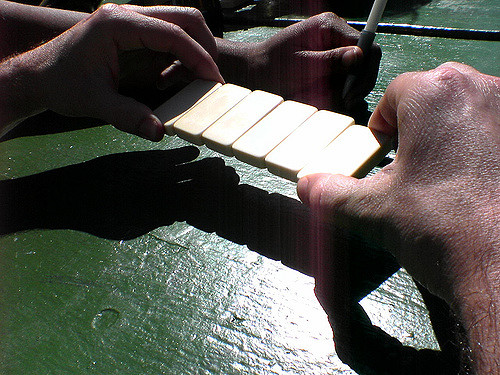 The study is misleading for a few reasons, which I've noted on my blog, but its central point is well-taken. We spend a lot of money reaching out to the public. Is that money well-spent?

Let's leave aside for the moment the issue of political communication, meaning words intended to convince you that everything is hunky-dory when it comes to the Administration's policies, staff, and goals.

Forget the methodological vagueness of a report that on the one hand outlines numerous legitimate informational uses of government communication, but somehow only counts the dollars spent on communication that attempts to persuade.

Finally, forget the fact that the Department of Defense spends the lion's share of the money described in the study, so much so that it could really have been the subject of a report all by itself.

Is the government spending wisely on the straightforward stuff - what most of us would call "plain vanilla," highly acceptable forms of communication, like creating forms and then telling you where to find them?

The answer to that question, unfortunately, is no.

For at least 5 reasons.

1) Overwhelmingly, it is not career communicators who lead the communication function. Rather, these positions are often given to political appointees, or to professionals whose experience - while impressive - is not geared to the kind of work communicators do.

2) The government has not clearly defined or systematized the career specializations associated with its own communication. There are numerous job series into which communicators may fall - not just "public affairs specialist" but also "writer-editor," "management and program analyst," "correspondence analyst," "technical writer-editor," "web content specialist," and so on.

4) The government has not defined what communication is, what a communication program should look like, or who should be doing the communicating. It further does not spell out agencies' communication authorities as based on their appropriations for the year. Some have a recognized need to market their products and services to the public (for example, to prevent fraud) - others do not. And in the United States, there is no annual plan or strategy for government communication, as there is for example in the UK.

5) Finally, from a procurement (contracting) perspective there are no clear and universally defined "buckets" to encompass all forms of communication and how they are defined. There is no independent authority in the government whose job it is to regularly audit communication spending. This is necessary not only because the government tends to overspend or spend inappropriately on some campaigns, but also because it underspends or spends in a non-strategic way on others.

They say "what isn't measured isn't managed." With all the self congratulation that goes on in Washington, the pet projects, and the general bloat that happens when money is available so freely and unguardedly - self regulation is not going to happen.

We can look to the "plain language" movement (there was a law signed in 2010 requiring its use) for some traction. But its limitation is that it leaves the "superstructure" unchallenged - garbage in, garbage out.

Someone has to write the rules, and enforce them.

In the world we live in -- fraught as it is with ignorance, hate, and mischief -- the government can never go wrong investing in communication best practices. The problem, however, is that this very powerful tool has for too long operated under the radar.

A more disciplined approach-- a standardized approach -- to planning, monitoring and reporting on government communication is what's needed.

All opinions are my own. Photo by Ben Chun via Flickr (Creative Commons)
- October 07, 2016