It Takes A World To Support Our Girls 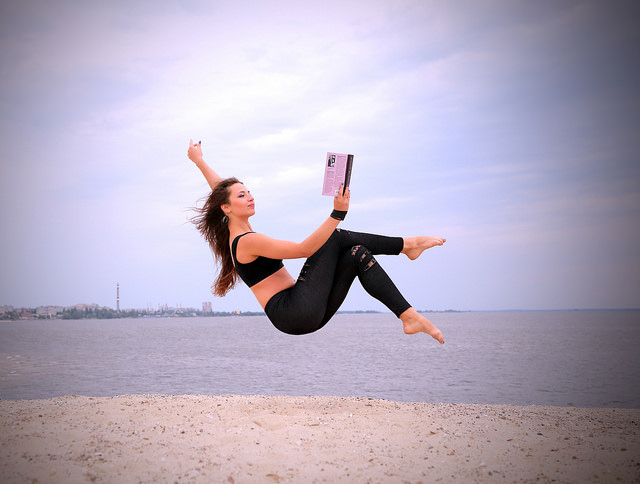 In an essay written for Glamour, "This is What A Feminist Looks Like," President Obama shares his views on women, gender and feminism. Long story short, we've come a long way baby, but we sure as heck aren't there yet:

"When you’re the father of two daughters, you become even more aware of how gender stereotypes pervade our society. You see the subtle and not-so-subtle social cues transmitted through culture. You feel the enormous pressure girls are under to look and behave and even think a certain way."

And though I disagree with the President about a lot of things, I will always admire his personal family values. As Yoda said in Star Wars, "do or do not, there is no try" and it is obvious to me how much work the President and the First Lady have put into raising two beautiful, high-achieving, hardworking and empowered young women.

Our President is a male, and he is a male who is deeply feminist.

A few years ago one of my daughters interviewed my mother for a school project.

Did she consider herself a feminist growing up? "Not really," you could hear her reply on the tape. "Everyone just did what they had to do. But the men made all the major decisions."

Growing up I remember that feminism was one of the topics we debated quite a bit. We talked about it almost like a visitor from another planet, one with some interesting but also frightening ideas that felt almost scalding when we really thought about them.
The last two, of course, were not subject to debate. Nobody would openly say that you had to be pretty/thin, but then again the amount of energy we spent talking about trying to get that way was boundless. Conversely, the idea of women choosing a lesbian lifestyle was not a serious idea but more of an accusation, which we continue to hear today from some haters: "Feminists are just a bunch of man-hating b*****s."

As a graduate student I remember spending a lot of time studying feminist theory, and this was also the subject of my dissertation, Women and Soap Opera. The research emphasized that women feel empowered when culturally feminine behaviors are valued. But over time my understanding matured a bit, and I more fully grasped that "empowerment" can mean a lot of different things, depending on who you're talking to. We can all relate to the example of clothing; the point is not what women wear but the fact that the choices are ours to make.

As my kids got older, I went back to work in various government office settings in Washington, D.C. and its environs. The federal workplace is pretty strongly conscious of diversity in all its forms, and I've been fortunate to mostly escape sexist talk and treatment. Of course on leaving the area this is not necessarily true; it's pretty awful to visit Florid and see taxis with stripper ads on the top and T-shirt shops with degrading sayings that are supposed to be funny.

But on the whole, things are better. And now my girls are grown up, and going out in to the world themselves. It's a weird stage, the twenty-somethings; partly it's about holding on and giving advice and partly about learning to let go.

What's been amazing, interesting, enlightening and hopeful to me at this time is how much feminist support they are getting from men.

As a girl I remember my grandmother whispering to me, "Never rely on a man for your money." It was a given that the women had to sort of teach each other what to do to survive. But today I see men across the spectrum stepping up to the plate and advocating for the rights of women -- not as an extraordinary thing, but as a given.
Are we there yet? We all know the President is right when he says "of course not"; a colleague remarked to me the other day: "I wake up every day glad for the privilege of being a White, well-educated woman born to a fairly progressive upper-class family in urban America."

What we're seeing, in this spiritual shift, is that people are increasingly able to see past themselves and agree on the principles of equal rights, freedom and giving a helping hand to people who otherwise are too oppressed to do it for themselves. It's like a rustling in our collective souls is taking place, a drive toward universal justice and justice in the Universe.

When I read about the nature and extent of women's continuing oppression in less fortunate places in this world, the mass rapes and the beatings and the "honor killings," all of it, I sometimes imagine that I can hear their collective screams.

No, we're not there yet. It's going to take the whole world to save the women. But I believe that we will do it. And that when we do, we will think of this time as a time when ordinary people joined hands to accomplish an extraordinary feat: the day when the enslavement of one-half the world's population becomes such a distant memory that when the subject is brought up, we shake our heads at when we lived in such primitive times.