A Show of Jewish Unity 10 Years In The Making 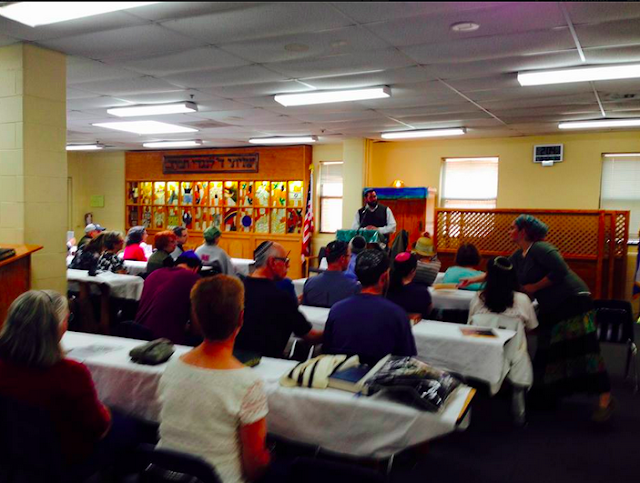 Today is Tisha B'Av, a holiday of Jewish mourning for the destruction of our two holy Temples and many other terrible events that happened on this day.

We can never understand why bad things happen, particularly to good people. Nor should we, probably. Nevertheless on this day we traditionally focus on promoting Jewish unity.

We believe that pointless hatred is a principal cause of our destruction.

So it was fitting that the Beltway Va'ad sponsored a unity event aimed at bringing together Reform, Conservative, Orthodox and Sephardic Jews. Here's the flier. 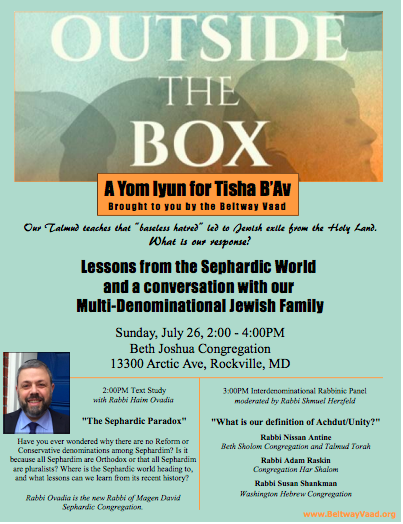 The event was held today at Beth Joshua Congregation, an Orthodox shul in Rockville, MD.

As soon as I parked the car I could feel the electric energy of the gathering.

I snapped this photo of the attendees as they quickly and purposefully walked in. 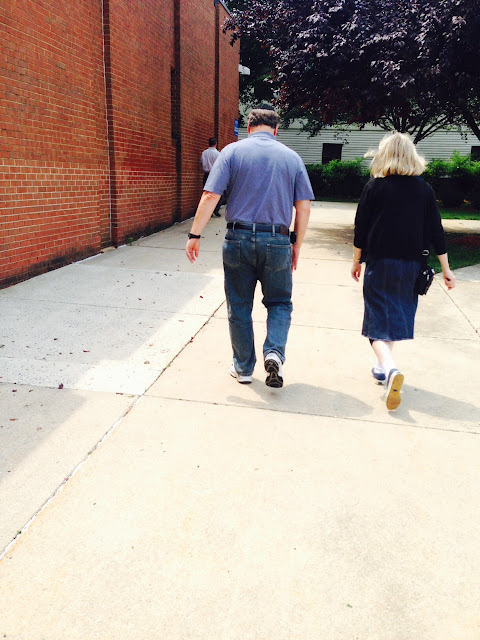 When I arrived, the room was filling up rapidly. We took our seats as Beth Joshua's Rabbi Uri Topolosky (pictured in the cover photo) greeted us.

I sat in the back because I planned to leave early. Synagogue and classrooms are not my thing. But I heard rustling and turned around to see that dozens of extra chairs had appeared, seemingly out of nowhere.

The space in front of me got taken up, and so did the area on the right.

The crowd was incredibly diverse.
There were shaitels on my left, tichels on my right, hats in front of me and other women did not cover their hair at all. For the first time ever, THERE WAS NO JUDGMENT OR PROSELYTIZING.
Hip hip hooray.
Here is Rabbi Ovadia. He talked about Sephardic philosophy, and explained why, unlike Ashkenazic Jewry, it has no denominations. The main points were as follows. Some of this is me paraphrasing:

Rabbi Ovadia gave the example of married women covering their hair, citing the Otzar HaMikhtavim Vol 3:1884 (1954). A woman wanted to stop doing so, and was given rabbinic disposition based on its halachic status as a minhag, a custom based on cultural norms around modesty. Those norms had changed and uncovered hair was no longer considered immodest.
"if covering hair is the only thing that shows you're religious - that's hypocrisy." 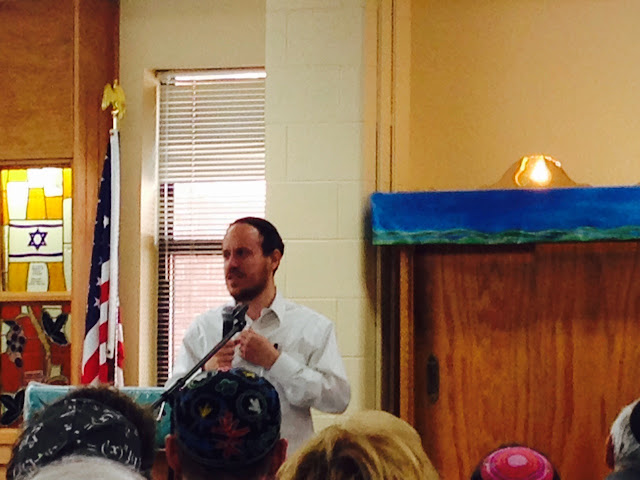 After Rabbi Ovadia spoke, Rabbi Herzfeld introduced the panel. He said, again paraphrasing, that unity across denominations was not his experience in yeshiva. However, he learned this value later on while in school in Israel. "Over time I became fairly passionate about pluralism," he said.

He recalled visiting the church in Charleston, SC where 9 people were murdered in cold blood, by a visitor they'd let in unquestioningly. He noted that they'd done the same thing for him and Rabbi Avi Weiss, also no questions asked, and no security. But would he do the same thing if he were them?

Rabbi Herzfeld said he felt ashamed to admit that he wasn't sure.

The panel of rabbis spoke movingly about their backgrounds and individual approaches to pluralism. Although this blog might start to feel unending if I recounted each word in detail, a couple of points are worth mentioning:
The clock struck 3:45 and I realized that if I was going to beat the rush, I'd have to leave right then - although unusually for me, I didn't want to.

As I walked through the hallways where my children had attended school - the building is attached to Beth Joshua - I felt really sad. In fact I started to cry, a loud and terrible cry, as I thought of the missed opportunities to connect more.
In my heart I could feel that there were other broken hearts at the shul today.

Let's hope our cracked vessels form an opening into which the light can shine in.

We need to replace all the old and accumulated hatred with that light.

All opinions are my own and do not represent those of my agency or the federal government as a whole. Photos by me.