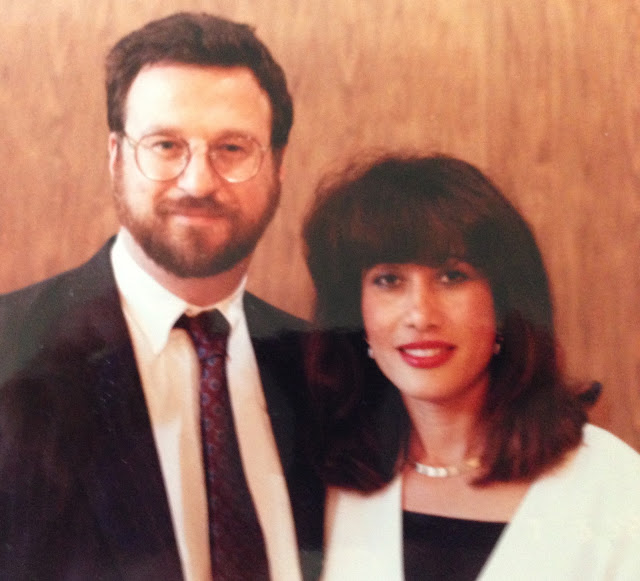 If memory serves, my uncle Abie and my aunt Merci got married in about 1980.

Abie had gone to the Dominican Republic to study medicine. I am not clear whether it was easier to get into medical school in the Dominican Republic or whether this had something to do with the pickings as far as Jewish girls of marriageable age were concerned. I kept hearing the words "short, fat and ugly" but then again as they say the grass is always greener on the other side.

As far as the quality of Uncle Abie's medical credentials he went on to be a doctor in Monticello, New York and has practiced there for forty years. When anyone has a question they call Abie. When I have a question I call Abie. When we moved to Silver Spring and met a neighbor with that very distinct Monticello accent - really it is unmistakable, I can't even try to duplicate it but I know it when I hear it - he knew me first and foremost as the niece of Dr. Garfinkel.

So he must have learned something.

My cousin Jessica, Abie's daughter, works for him in the office. I haven't seen her since my wedding. But we correspond on Facebook and she is the nicest person. She is also gorgeous and could model, I think. 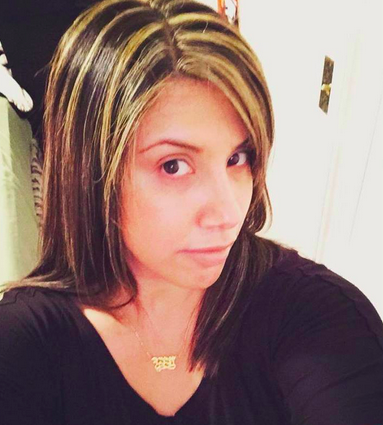 In any case, as I recall when Abie brought Merci home it was a hot summer evening in Monticello and I was in Grandma's house.

Back in those days I went to Camp Tagola in the Catskills, with my mom who served as the camp nurse and with my sister. David Luchins of Touro College, where I spent my first semester of college, was the camp director.

We had a fairly ironclad routine in those days when it came to summers, although what came in between summers tended to change a lot because my dad was an IT consultant and changed assignments. Which meant we moved.

June would arrive and we'd prepare to make the trip up to the Catskills. Although I loved a lot of things about camp -- like tetherball and Color War and drama and pottery; the country air and waterskiing, kumsitz and the good all-you-can-eat buffet -- my social life was a problem because I looked like this. 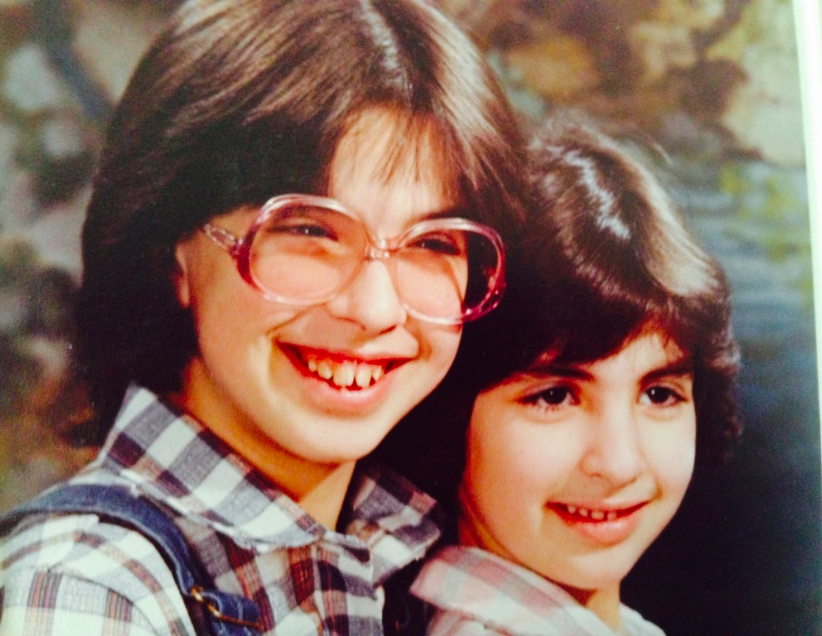 That's me on the left of the photo. Maybe you're thinking that's a cute pic but if the thought is lurking in your mind that I look somewhat awkward you can magnify that about a thousand times and you'll get the reception that I got from the very well-groomed and gorgeous Long Island girls.

I had a love/hate relationship with the fact that my mom Debbie was the camp nurse. 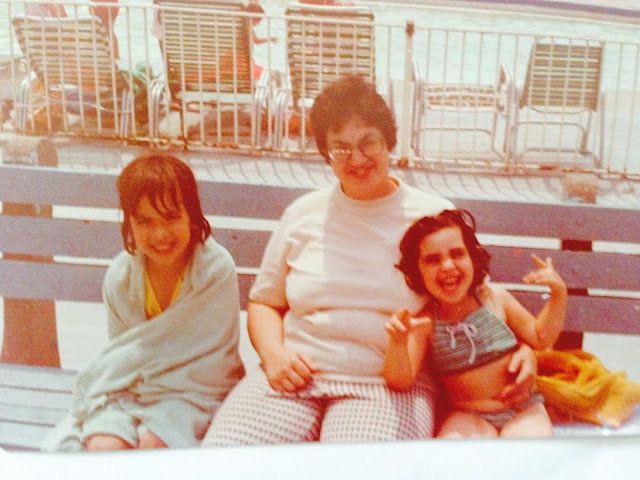 On the one hand I liked being with my mom. I used to break the rules about staying with my bunk and go over to the infirmary after breakfast. I would sit there on the cold leather bench while kids trekked in and out and got Band-Aids and a soda from the fridge.

On the negative side I was somewhat of a drag, what with having Mom on the faculty so to speak. Like, that is very not cool and made me into even more of a social outcast.

On the weekends, on Sundays I could frequently escape all the oppressive social issues and hide out at Grandma and Grandpa's house. It was about a 5 minute drive from the camp.

So on that hot summer night, which was not so bad because of the country air and slight breeze, I remember that Abie brought Merci home.

Clearly she was not Jewish, or at least did not seem Jewish, as all the Jews I knew were Caucasian and I believed at the time that the two went together. In fact I didn't know any people who weren't Caucasian. I saw them out the window of the car, maybe, but my world was extremely limited.

One time, and this is a very vivid memory, we were living in Cincinnati, Ohio. I saw a Black person on the street and turned to my mother and said, "Oh look -- " and then I said the N-word.

My mother grabbed my arm and threw me over the bed - keep in mind that I was five years old - and whacked my ass so hard. It was the only time she hit me and she hit me so forcefully that I learned what kind of bad word that was. Never, ever used it again. Not even to say that I had used it.

In any case, Merci was also gorgeous and extremely nice. I thought to myself, even at that young age, Abie has done extremely well for himself. From her demeanor, her dress and makeup I could tell that she was classy.

Later I learned, the way children do, that "she came from a very good family" and in fact had converted to Judaism as well.

All I can tell you is, my aunt Merci was the best aunt.

I don't think she ever got enough press, enough credit.

But here is what I do remember, and for me this is enough. I wanted to take a minute to celebrate her.

1. Merci took care of my Grandma, Muriel Garfinkel a"h, in her old age, as well as or better than any daughter could. I don't know about Grandpa, a"h, so much. But Grandma for sure.

2. My cousin Jessica clearly adores her. (I lost touch with my cousin Jason.)

3. She never aimed for the spotlight. Just quietly supported Abie - in everything.

4. Her food was amaze-ing. I am talking fried plaintains like you would not believe. I honestly didn't even know what a plaintain was until Merci got me involved with them.

6. So hospitable to me, so nice. Her home was my home. She let me trek all over it in my wet bathing suit.

7. A positive person to be around, in every way.

8. Never offended if she was overlooked in a conversation, or never let it show. She could easily have been pissed about pretty much anything. But in all the years I was around her -- and that was quite a few, although we only saw each other occasionally -- I only remember her focusing on other people - in a real way. Not because she had to.

Merci is up in the country still with Abie, and although it's unlikely I hope to see her again one of these days. She is a very special, very lovely, very warm human being and just the thought of her makes me smile.

__
All opinions my own. Family photos.