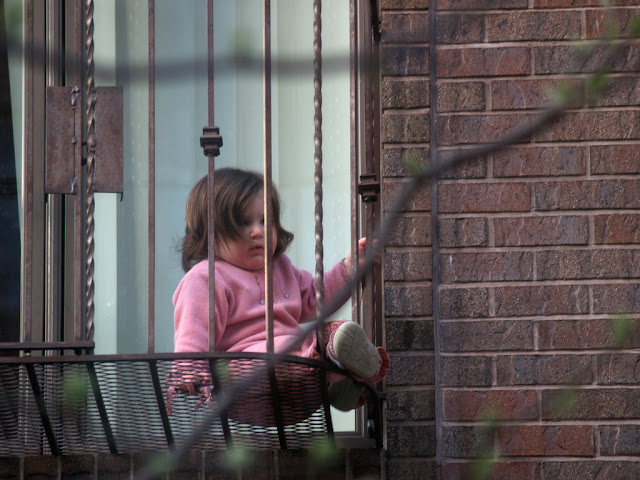 To The Leaders Of The Community, Our Rebbeim and Teachers:

Some of you may remember my Zayde, Rabbi Stroli (a"h), the proprietor of Stroli's Strictly Kosher Foods in Toronto. You may also know my father, and the cousins, but suffice it to say that we are blood.

I am writing to you personally, but in a public forum, because this issue is so very important. As a woman, I will not approach the individual members of the community as this would not be tzniusdik. But as a woman writing to the group, the approach will be both bekovodik and modest.

My Zayde believed very deeply in helping a fellow Jew. He saved many from freezing to death in the war. He established his store to help the working parents serve a kosher meal to the children. He personally offered to put me through school, if only it would help me to stay well.

To be alive but not spiritually alive is a form of living death. Zayde knew this and he did his very best to preserve the body, the heart and the soul of the Jews. Were he with us today, my Zayde would have said, "You're a writer. Use it for the good. Approach it in this way."

So I am approaching you, all of you - you know who you are, and there is no need to be more specific.

Today I am trying to do a good thing with this blog. I am asking you to think about a very terrible phenomenon, a problem that you have inadvertently contributed to, and that you can help to resolve.

For the sake of saving our Jewish souls, please read this.

Unfortunately, as you know, marriage and divorce are common problems in the community. It is difficult for people to find the right person in life. And once they are married, it is also difficult for young couples to stay together. There is a lot, a lot of pressure.

Some of these couples, G-d help them, have children before they realize that things will not work out. Things like this happen. Both the father and the mother are good people, they love their children and they mean well. But for whatever reason, they cannot go on together.

We also know, Heaven help us, that some of these young people are not believers in the Jewish faith, or they don't believe in the kind of Judaism they were taught. Period, end of story. They are not bad people. They are not necessarily rebellious. But for whatever reason, they got turned off or never felt like a part of the community in the first place.

This is a problem for the rest of the community, because their presence can spiritually endanger the group.

But the situation is inevitable. It's a big world, America in particular is very tolerant of different views. There is a saying: "Anything goes." We live in a free society and children see every type of person on the street.

My Zayde was a very tolerant man. He stuck to his values, but knew better than to judge people. Once when I was speaking with him, and I had trouble expressing myself, he told me that he understood me anyway:

"Words that come from the heart, enter the heart."
It is important right now to welcome all Jews to stay within the community. Even if you are afraid they will lead the believers off the derech.

Please hear my words well. More importantly please perceive the sincerity behind them, and also the urgency.

Maybe you are tempted to disregard this letter. I am no example for the kinderlach to follow, after all - raised frum, but in a "mixed" Chasidish and non-Chasidish home. So that ultimately I "went to college, learned to think in this mixed-up, treif kind of way, and threw it all away."

You see...I understand how you think.

But you misjudge me if you assume all these things about me. Although I did run away from Judaism for a time, my soul is calling me and I am finding my way back. But this is my choice, my path, and nobody is forcing me to do it.

Were they to force me, I would still be far away.

My Zayde and my larger family always believed in this:

A person has to have free will - bechira. You can only love them, and then you have to set them free to find their path.

If you love and respect them enough, they may stay religious. But if you force them to do anything, they will run away.

This philosophy is not the dominant one. Instead, there is a lot of "force-feeding" and even brainwashing when it comes to keeping people close.

These efforts are misguided. They are well-intentioned, but they do not work.

And I am asking you to consider that you may have gone too far, at least with some things. One of them in particular is the fate of a child whose parents cannot stay in the same home.

You have banished the irreligious children from the community.

And when a parent becomes irreligious, you have acted to separate them from their children. Their own flesh and blood.

Again, I do understand the reasoning. You do not approve of their new friends and new ways. You want to cut off the cancer, so to speak, to prevent the innocent children from becoming somehow "infected."

What you do not understand, because you are so worried about saving the life of the Yidden, is that your actions are making the situation worse.

Hitler, yemach shemo vezichrono, took away so much from us in the Holocaust. A family member once said that he did worse than killing 6 million - he stole the lives of so many afterward.

This is true. This is undoubtedly true.


Consider this rationally: You cannot possibly convince every single Jew to stop and turn around and be religious.

But you can open up the community's doors - the school, the shul, and the grocery store - and welcome every person with a kind "Hello" and a shtickle candy.

Up in Monsey, I used to visit my family for Shabbos and do you know what? I don't think I made it to shul more than one time. But I regularly visited the candy drawer. To me, that the family opened their home and made the visit "sweet" was what kept me in the fold.

Instead of banishing the people who no longer fit in to the Chasidish (or yeshivish, or haredi, or other ultra-Orthodox) way of life, maybe love them a little bit? Give them a meal and a place to stay every once in a while?

Maybe don't kick out a child on the street because they just don't believe?

If we give young people a safe place to stay, if we make it kosher to share their problems, if we would only be a little bit welcoming to every single person in the community, I am betting that there would be a lot less divorce. A lot less fighting. A lot less custody cases. A lot less parents doing crazy things just to win their so-called "freedom."

You have a lot more influence over the children than you think. You do not need to be afraid.

Please, for the sake of HaShem, listen to the words of my Zayde.

Save our Jewish souls from freezing to death, literally and spiritually.

Photo by Bonnie Natko via Flickr (Creative Commons). All opinions are my own and do not reflect those of my agency or the federal government as a whole.