The Thought Police...They Live Inside Of My Head 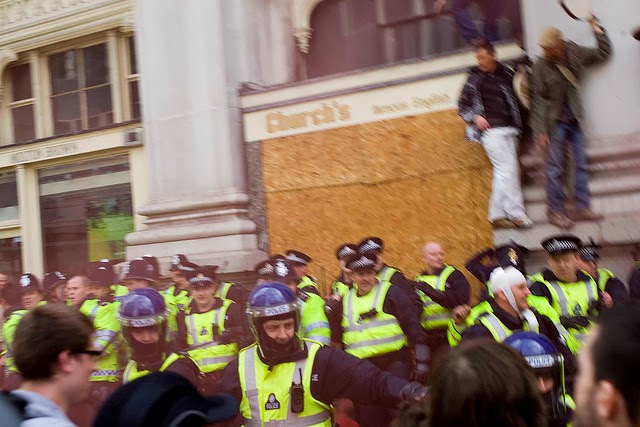 Photo by Kashklick via Flickr
The difference between diplomacy and political correctness?

A diplomat thinks freely, but chooses their words carefully.

The diplomat conveys meaning clearly and with a full appreciation of the complexity of the circumstances. This person does not run or hide from the truth. They simply do not find it useful to be confrontational about it all the time.

The diplomat is a strategic communicator.

The politically correct do not fully understand what it is that they say, and cannot defend it either. They are ideologues rather than full of ideas. The ideology must hold together, or they themselves collapse.

When you challenge a diplomat, they simply smile quietly, and say "Fine." And they might respond, or they might wait another day to have the conversation.

The politically correct get very angry, and it's personal. They do not argue apples-to-apples (idea to idea), but rather seek to target the speaker personally. And then to eliminate them from the conversation.

Because to the politically correct, it is very important that ideas be homogenous. It is akin to a moral belief. Thus they will always say that the deviants are part of a dangerous movement -- one that must be hunted down and stopped.

Political correctness happens everywhere, on every side of every issue, no matter where you go. Someone in the crowd has to play this role. But the opposite of P.C. is not divergence. Rather, it is respectful dialogue.

In this day and age, the Putin model of leadership -- "we make our enemies disappear" -- is obsolete. Americans don't, or shouldn't, shout down law-abiding people whose ideas scare us.

To do that is to shut off the very diversity that we claim to want. The freedom that is the foundation of our social contract.