The Next Frontier In Personal Branding: Rough Edges 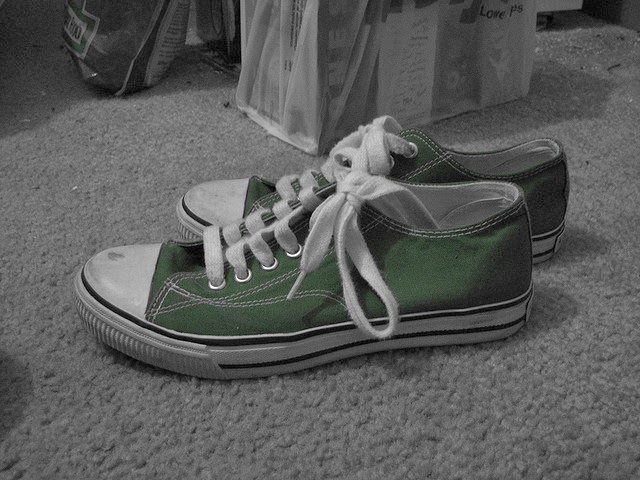 Photo by cheesycheese01 via Flickr
Unless you have been hiding under a rock for the past 15 years at least, you have heard of the term "personal branding." (Here is the classic 1997 Fast Company article by Tom Peters.)
And then came Naomi Klein's No Logo in 1999. Branding was more important than counter-branding, but slowly a backlash built, fueled by the concept and technology of social media. And the online publication of The Cluetrain Manifesto in 2000.

Nowadays it is fashionable to be completely revolted at the thought of selling yourself like a product. The ultimate symbol of such understatement is the hoodie. Whether Mark Zuckerberg wears it or Eminem does, the message is the same: Why are you trying so hard? People who "force it" have nothing real to offer.

There is now an entire TV show dedicated to arm wrestling. It is all about "being real."

It is difficult to "do authenticity." Take work clothing and "business casual" -- what an impossible concept! Whereas most of us know how to wear a business suit, it is harder to know exactly which clothes are just a level up from sitting at home on the couch, yet not so refined that you look like an overdressed dork. (Two words: "Banana Republic.")

What about good manners? The rules used to be so simple. "If you have to cry, go outside" was the career advice in the book of the same  name by Kelly Cutrone. (An awesome book.) And never curse, obviously.

And yet just a few days ago, Adam Levine goes on the Chelsea Lately show to commiserate about the bad rap the F-- word gets. And the President and other political leaders openly cry in public.

Apologies are becoming more common too, instead of silence or defensiveness. This January, the dean of the Harvard Business School apologized for its second-class treatment of women.

Plus she is a homeschooling mom on a farm in Wisconsin.

None of it detracts one bit from her popularity or effectiveness as a blogger, a coach, a career adviser and a serial entrepreneur. Because she is real. Penelope may write under a pen name, but the research is solid and her stories feel like the truth. I trust her. (Disclaimer: We occasionally email so I consider her a friend.)

Last example: President Obama on the Zach Galifianakis web series "Between Two Ferns." This is a form of entertainment (not sure what to call it) in which the host is totally, totally rude to his guests. So much so that they walk off the set. The President appeared on this show and got into it with Galifianakis, all to promote Healthcare.gov. And from my perspective, it totally worked -- precisely because the show has that reputation for being "real."

The director Ron Howard is a very good example of rough edges. So is the investor guru Warren Buffett, and management expert Tom Peters is the same. Chelsea Lately. Roseanne Barr.

These are the people you want to emulate now. Not the ones who seem slick and over-polished. The ones who get a cup of coffee at McDonald's, show a scuff or two on their shoes, and don't over-think whether their earrings match at all.

Note, it's not about being careless. It is about showing that you're trustworthy and confident. And that you hate the idea of putting on airs.

Mad Men is outmoded. Nowadays, top talent lets the real self shine through. And doesn't rely on shells, shills and manipulations to get the message across successfully.