All Dysfunction Is Actually Functional. That's Why It's So Hard To Fix. 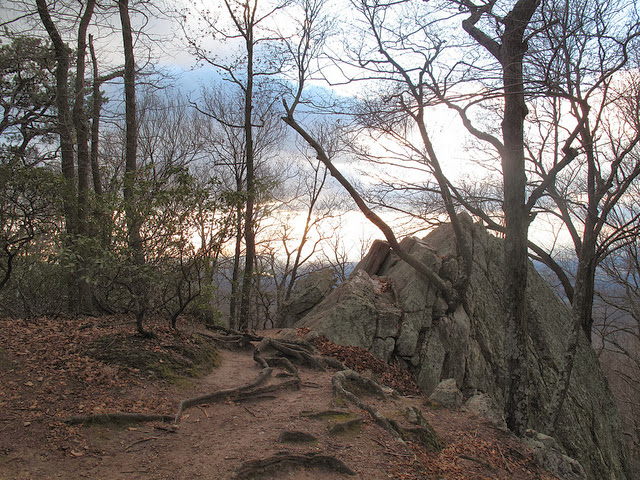 Photo (edited slightly) of Sugarloaf Mountain, MD by Silveira Nieto via Flickr.
For change to be accepted, there must be a crisis that endangers the ecosystem.

For proof of this, just look at how people get married. How A chooses B even though they are totally the opposite, and seemingly incompatible.

On every episode of Divorce Court, they have an extremely unlikely-looking couple do a he-says, she-says that just makes you laugh it is so crazy.
I love watching Judge Lynn Toler listen and react with her funny and accurate marriage advice. But what most interests me about the show is, "How did these couples get together in the first place?"
Self-help books, like Getting the Love You Want and The Dance of Anger give us lots of insight. A common theme that runs through them:
Every dysfunctional relationship is also functional.
Remember The Odd Couple? It was a show about two roommates who never got along. Felix was a neat freak so anxious he couldn't enjoy life. Oscar was a slob who knew how to calm down and just enjoy life a little bit. They fought endlessly on the show -- a sign of dysfunction -- but they stayed together because each performed a kind of corrective function for the other.
Personal dysfunction is also always functional.
When I am upset, the first thing I want to do is eat a piece of cake. That is a dysfunctional response for sure. But it is also a functional one: The simple carbohydrates act to calm me down quickly.
If you want to fix the dysfunctional organization, you have to carefully isolate the "bad" elements and find out what "positive" purpose they serve - even if you wouldn't normally look at it that way.

Think of a forest, where trees fall down, rocks tumble, and deer and snakes proliferate. All of these also protect the system and enable it to regenerate. But when there are too many deer you have to start killing them.

In the federal government, a good example of dysfunction is the performance management system. The presence of frighteningly harsh bosses serves to silence employees who might otherwise take advantage of the many protections the system allows. But that implicit "agreement" is falling apart as the workplace social contract changes.

In a forest, a federal agency, a small business, a synagogue, a hospital or a school, dysfunction is the norm and not the exception. It serves some hidden purpose. And the system will fight back to expel those who seek to create change -- unless its very survival is at grave risk.
At that point, someone will undoubtedly cry out that there are signs are trouble. And the brilliant, brave, or opportunistic leader will listen, knowing that otherwise their own life is in jeopardy.

Working in small groups, networking across the enterprise, they have the ability to bring the rest along.

But even then, there will always be signs of terrible struggle until the new normal takes hold. And good employees will be felled by the fighting.
* All opinions my own.
- March 08, 2014