The Curse Of The Special Ones

One of my favorite characters on Saturday Night Live was Dana Carvey as "Church Lady."

Every sketch was a little diatribe about sin and a guest who would no doubt go to Hell.

The point of the character of course was to point out that it was Church Lady who was warped. No matter what, you were a sinner.

But if you look at her character another way, from the perspective of 2014, she becomes interesting in another way.

Everybody today seems to think they're special. Even if they're really not.

I am tempted to blame Barney. Remember his famous song, "Everyone Is Special?" It's one of those songs that got burned into my brain from endless repetition.

"You Are Special" was an educational theory even if they didn't call it one. At school and at camp, everybody had to get a certificate for something, no matter what.

I remember wondering how they came up with the titles. Like:

"Best Punctuality."
"Most Motivated."
"For Surpassing All Of Her Own Expectations."
In contrast, if you look at the films of the Generation X generation, you can see that the message was a bit different.
Our generation did not have our hands held. Not because our parents didn't care, but because most of the time, nobody was home. (Your experience may differ.)
The 80's movie "The Breakfast Club" depicted a bunch of teenagers whose parents were physically or mentally absent, or who lacked the ability or understanding of how a parent is supposed to act.

The Breakfast Club image via What's On Netflix
There are very real social outcomes to mis-calibrated egos:
The way to get ego and its costs out of the picture is to focus on the task at hand. Logically, impersonally. Keeping yourself out of it.
The former Prime Minister of Israel Golda Meir had that attitude. During her tenure she dealt with the Yom Kippur War, the Munich Massacre at the 1972 Summer Olympics, and more.
Once she was asked to put women under curfew due to occurrences of rape. Here was her logical reply: “But it is the men who are attacking the women. If there is to be a curfew, let the men stay at home.”
Her best quote of all time encapsulates the no-ego attitude:
"Don't be so humble. You're not that great." 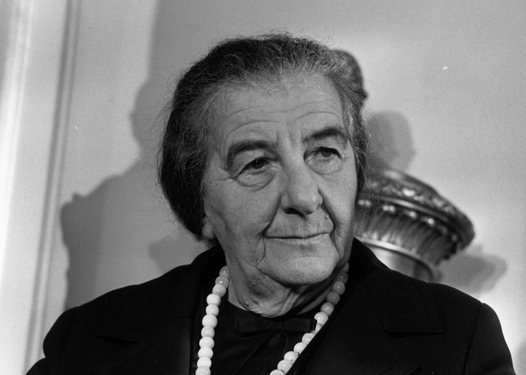