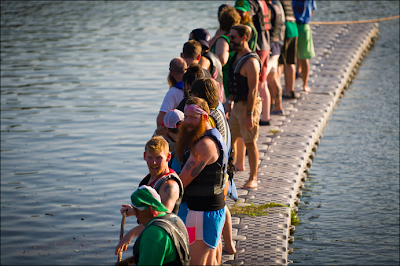 That was my Zayde, may he rest in peace and he asked the same question every time I visited.

"I don't like anyone better, Zayde, I love you and Grandma and Grandpa the same."

And he would argue with me.

"Come on, you must like one better than the other."

"Really. I love you and them the same."

A few months later we'd be in the Catskills and I would sit on the comfy sofa in the living room watching my Grandpa give it to my dad, a Hasid.

"I never understood those Hasidim. Maybe you can explain it to me."

It's thirty years later and the toxic conversations around possible government shutdown are the same.

Because Dysfunctional Donnas and Negative Neds simply cannot rest until they draw you into it:
It took me a long time to learn: It's their drama, stay out of it. You want to help, but you'll only end up sucked in to their whirling vortex of misery.

A friend once said, "Don't throw that pity party and expect me to attend."

The worst thing you can do is step in other people's quicksand. They're only too happy to invite you, and strangely you end up drowning while they are very much alive.

Yes times are tough and we should face reality.

But no, we don't have to play other people's (sick, and sickening) games.