Whose Acceptance Do You Need? 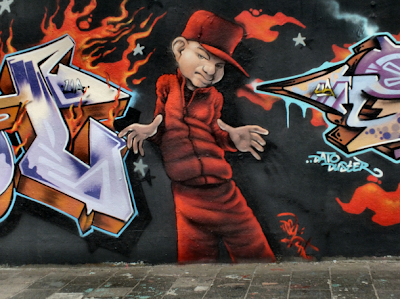 Photo by Gerard Stolk
The other day I chanced on a classic clip from Woody Allen's movie, "Hannah And Her Sisters."

In it his character, who is Jewish but experiencing a religious crisis, tries to join Catholicism and then Hare Krishna in turn. Ultimately none of it works out too well. He can't find respite in his own faith nor anybody else's.

Woody tries to explain to his flabbergasted parents but it's no use. It's death that's got him worried.
"Who thinks about such nonsense? When I'm dead I'll be dead," his father says.
"But never to exist again?"
"I'm not gonna worry now about what's gonna be when I'm unconscious."

Allen's earnestness and anxiety, their casual dismissiveness - it was so relatable I just had to laugh. It's bad enough when you're going through a tough time. But it's a thousand times worse when the people closest to you don't get it.
Self-acceptance begins with somebody else accepting you. That somebody else may be G-d, or a group or even just one person. It may even be words in a book, that validate what you feel. Paradoxically, nobody finds selfhood without community.

People confuse "acceptance" with "approval," but it's not.
* Acceptance means you are welcomed unconditionally.
* Approval means you are judged to be "right" or "wrong."
Being accepted frees you to make whatever changes you need to based on self-love, not self-hate.

Don't be fooled. Often people who hate themselves are successful in the eyes of the world. They are so determined to make up for their perceived loathsomeness that they will do almost anything for a trophy.

But that kind of achievement doesn't have a long shelf life. It generates toxic stress for that person and everyone around them. It does not generate energy for new leaders to emerge and carry the torch forward. It becomes a ticking time bomb with a pretty plastic face.

If we want to promote lasting innovation, the first thing we ought to do is accept people as-is. It's a total mindset change. There is no "right way" to look, learn or live but rather many ways, and each of them can teach us something.

Some people will succeed in any kind of system, no matter how oppressive and conformist. Maybe it matches their capabilities - hooray! Or it doesn't but they can adapt well enough to master it.

The problem with conformity, though, is that it tends to produce a lot of ticking time bombs. And while they may seem unobtrusive for awhile, ultimately they do tend to blow up in your face.