Validating The Other Person - A Key Communication Skill 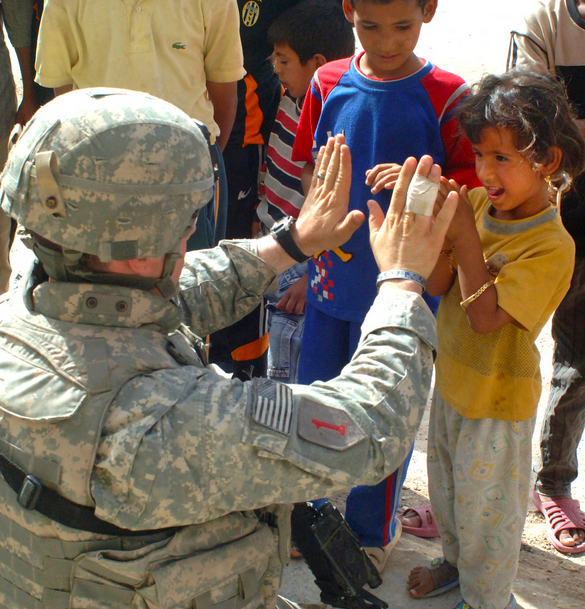 U.S. Army photo by Staff Sgt. Bronco Suzuki via Flickr. It shows U.S. Army Sgt. Dustin Mace, left, Bravo Company, 1st Battalion, 28th Infantry Regiment, 4th Brigade Combat Team, 1st Infantry Division, playing pattycakes with a child in the Furat area of Baghdad, Iraq, May 8, 2007.
My daughter was frustrated with me the other night.
Tired and impatient, I rushed her through the edits needed for her English essay. She stomped out of the room.
Five minutes later she was back.
"I want to read you a letter."
She then read me about a page and a half of notes. About how my impatience made her feel. (Essentially like being run over by a truck.)
If she had merely said those words to me and not taken the time to write them, I would likely have dismissed her feedback. Emotion meets emotion and the net effect is zero.
But when I saw the words themselves I realized that the effect of my impatience was imprinted on her brain.
When we take the time to validate people it does not mean we agree with them. It does mean we acknowledge their right to feel, think, and perceive differently than we do.
Acknowledging the other person. It is not just listening or even hearing. It is repeating their words back to them. Saying in effect, "I understand."
Unless two people are doing that in conversation, there is no real conversation going on.
- June 07, 2013