Rhetoric Creates Reality and Other Laws of Communication That Government Ignores 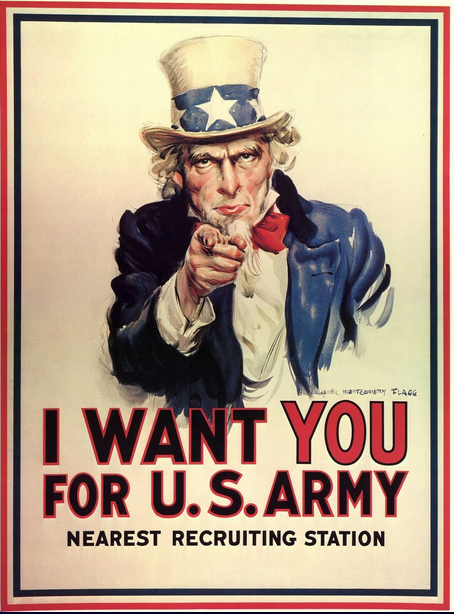 As a general rule, government tends to make three key mistakes in the doing of communication:


The private sector, being primarily concerned with the earning of profit and not the balancing of multitudinous and contradictory stakeholder needs, has less trouble with this.

Brands know that trust is earned through talk, through simplicity, and through dialogue.

The government did get this right in its best-known social marketing campaigns, most notably the "Uncle Sam" ads - "I want you to join the U.S. Army." This communication was pervasive, simple, clear and could easily be measured in terms of its success: How many people joined up? Had a positive attitude about military service?

What people want from government communication is not just more words, though. They want meaning - substance - a sense of significance.

Similar to brands, people want to interact with the government, not just to be hit over the head with its messages, policies, rules and programs.

In the absence of government aggressively telling its story, here is what happens: The public makes up the story instead. And it's going to be the story that makes the most sense to them.

People fear what they do not know. And for most people government is an "other" - an absolutely incomprehensible woolly mammoth tromping around.

When enough people tell the same or similar narrative over and over again, rhetoric creates reality. Fear fills any logical gaps, or gaps due to things that simply cannot be shared.

In the private sector they know that allowing the customer to own the narrative can be very dangerous to the brand. It's pretty simple: lose trust, lose customers, lose money. So as brandchannel.com notes, the recent revelations about the NSA have sent them racing to get the facts out:

"To combat the bad press, Google and Facebook, and now Microsoft and Twitter, who was not originally among those named, have been taking active roles in their defense, with the brands requesting clearance from the NSA to disclose more details of the government agency’s inquiries into the brands’ data. By doing so, the brands hope to more clearly demonstrate how a users' data is used or not used."
The fact that government lags behind the private sector in its valuation and use of communication principles is not a benign problem. It is a potentially cancerous tumor. Especially in times of economic, political and social turmoil, we must up our game and get in touch with the people. There's no need to let others tell our story when we have an amazing story to tell.
One other thing. The fact that government is imperfect at times, many times, and that its employees make mistakes does not in and of itself undermine the institution. In fact the drama and the conflict are potentially engaging yet more. But we have to own those stories and share them. Nobody expects perfection. But they do expect honesty and a full accounting, as much as that accounting can be shared.
* As always all opinions are my own.