Addicted To Your Own Misery? 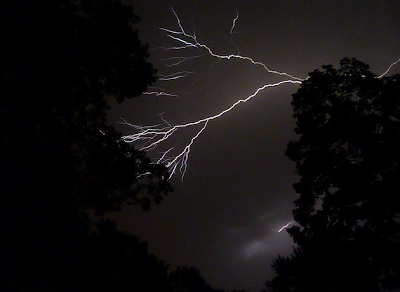 Image by Lisa Jacobs via Wikipedia
The gift of a movie is that it lets you live someone else's life. Learn from their experiences, often sorrowful, without having to live them.

"Paradise Now" is out on Netflix. In a very matter-of-fact, wryly sarcastic, but empathetic way, it shows you how two ordinary young Palestinian men wind up drafted as suicide bombers. It's told from the perspective of Hany Abu-Assad, the Dutch-Palestinian writer/director. And it deserved the Academy Award nomination it got in 2006. Because after watching it I understood the culture - something  I could not grasp by reading words on a page.

In the movie the lone character who can see a way out of occupation is a woman, who rejects misery and embraces life. She chases one of the intended bombers...she loves him. The conflict in the movie is very much between her positive vision and the death-embracing terrorist one. The latter addicted to a never ending cycle of shooting, bombing and a sort of negative glory. Of course you can't really understand unless you're there. But the contrast between the two characters was very stark.

You can get a lot from a movie. It teaches you about life in general. One of those things is the insidious cancer that is misery. How it works its way into your brain and just sits there. You get so used to it, it feels like normal.

"Just let it go." A lot of people cannot do that. They don't know anything else.

The Israeli movie Kadosh tells about two women oppressed by ultra-Orthodox Israeli society. Each has to choose: stay or go. But that choice is so hard. Without giving the plot away, it is almost impossible to break free from the misery that feels comfortable, reliable, safe.

One of the characters says to the other, at some point: "We're not fine. Not at all." But you can see the walls of denial have gone up, to the point where the character has mentally turned her own eternal suffering into a mask of personal peace.

Depressing movies about the Middle East conflict and religious extremism don't apply to every person. The movie "This is 40," out now, shows how ordinary, fairly secular Americans confront it too. They're so used to being hassled and harried and stressed out - they don't know how to simply cut loose and be happy.

Life should be happy. That's a fact, not a dream. There are no bonus points for suffering. It's just the opposite, you're a fool if you go through life that way.

Being responsible, doing something good in this world, these are important things and I'm the last one to knock them down. But at the same time, at some point you wake up and realize - hopefully not too late - that it's okay to enjoy yourself a little bit too.

It's why G-d made chocolate chip cookies and ice cream, flowers and trees and grass, and the company of those we love.

This year, I hope you make every moment count - follow your passion - go for it - and LIVE.