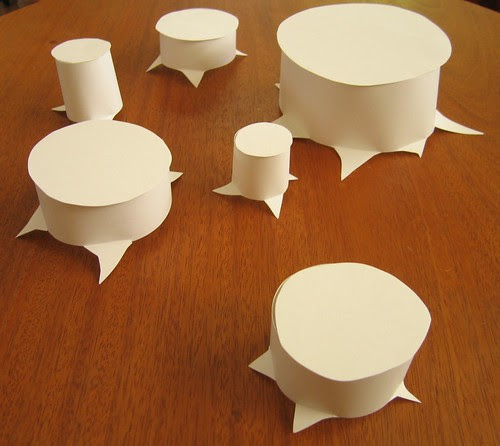 
The news is always dominated by scandal and the news this morning is no different. Ugly reports of ugly behavior.

If these are just isolated incidents it's easier to deal with them: Punish the offender and you're done. Oh how tempting it is to "apologize" or put someone in jail and call it a day.
But when a scandal involves things like:
...then you are dealing with a dysfunctional culture. Because the behavior of the individual, while deviant from the perspective of an outside, is actually normal from the perspective of the culture.
The reason why dysfunctional cultures don't usually hog the spotlight is that they may or may not interfere with an organization's ability to perform. In fact, the military does defend us, the Service does protect the president, the GSA does purchase things on the government's behalf. Every day.
Further, there may be pockets of dysfunction in some areas of the organization, and tribes of excellence in others - especially if it operates in a geographically or functionally distributed way.
In the end, culture really means the process by which you get things done. Dysfunction means that you are getting things done in an unhealthy way. It becomes a scandal when the level of unhealthiness becomes intolerable. People on the inside can take so much and swallow it; outsiders can ignore things up to a point.
But when the balance tips and things go beyond the "tipping point," explosion - crisis - results. Just the same way that you can eat a lot of junk food, every day, for decades...and then one day you keel over with a heart attack, G-d forbid.
Most of the time, groups disregard process - it's results that count.
But over the long-term, even the most Machiavellian leader will tell you that abusing the system or the person is risky.
The default mode of ignoring process is to recycle people, and leaders too. If someone is gone they can't complain; if someone is gone you can pin all the blame on them.
But ultimately if the root of the dysfunctional culture is not identified and remedied, the dysfunction keeps cropping up. People have long memories; they talk; and the Internet collects a lot of what they're saying now.
In the transparent society, dysfunctional culture is not only a reputation risk, either. If it is discovered that mission funds were diverted to support the dysfunction, rather than carry out the mission, then the existence of the organization itself is at risk.
Process is the bedrock of culture, and culture is the bedrock of communication. If you don't have processes in place that can be explained, justified and enforced, you don't have a stable culture and the things you say just aren't credible.
While it is true that every organization is unique and there is no one process that works for all, a good and simple litmus test is probably your own embarrassment filter. If you wouldn't want it on the cover of The Washington Post, it probably shouldn't be a part of the organization.
Good luck!