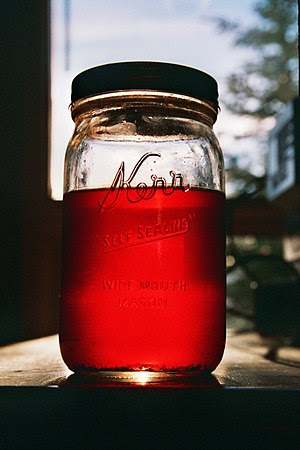 You know how sometimes you can't get the lid off a jar?

It's stuck, so you run hot water over it, put rubber gloves on, hit it with a metal spoon, twist and yank it until finally the lid pops off. Sometimes the liquid in the jar explodes over its lip, and you jump back. You might even drop the jar because it's so exciting to see that it finally opened. And then it falls off the counter and shatters into a million pieces. Which is sort of sad, since not only can't you eat what's in the jar but it's a real pain to have to pick up all those glass pieces.

I had an epiphany:

The magic formula for getting people to adopt a new technology is to show them how it resolves a real frustration in their lives, by providing an instant gratification.

Some other associated realizations, that can help you be more successful and manage the stress associated with having to "fix your baby," the technology solution:
Sometimes when you're working on technology solutions you can get frustrated yourself. You may think that it's a waste of time, nobody will ever use it, and things don't change. Not true! I have pushed through a few significant projects like this and while not all of them have gone through (yet), enough have actually been adopted that it's worth taking the game.

Think of it like archery. You have 20 arrows to throw at the target. If you don't know how to shape them only 1 may hit it. By learning in advance how to package and refine your work, and then sell it to the end user, you may up that number to 5 or 10. Which is really totally awesome.

Have a good day everyone, and good luck!